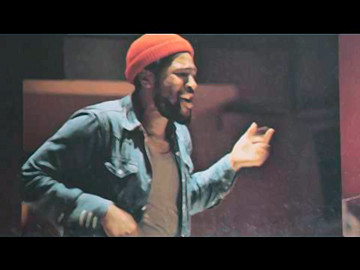 Looking back on the ’70s, we remember a time of change. Television had basically changed how the average American perceived our society because during the previous decade, every aspect of that society was brought into our living rooms, for better or worse. There was no place to hide.

Along with the Vietnam War, there had been the loss of JFK, RFK, Martin Luther King, Malcolm X, and the three CORE members James Chaney, Andrew Goodman, and Michael Schwerner in Mississippi. There were also the deaths of Medger Evers, and Addie Mae Collins, Denise McNair, Carole Robertson and Cynthia Wesley in the Sixteenth Street Baptist Church bombing.

So much violence found its way into our everyday lives during the ’60s, and this continued into the ’70s. Added to this was the spotlight shinning on inner city decay, along with the lack of opportunity for these residents to improve their lives. The ’70s carried on its back the legacy of the ’60s, along with the fresh economic and social pain that the new decade was ushering in.

In the ’70s too, more and more artists sang of the trials and tribulations that had become everyday facts of life. The portraits of inner city life painted by Bobby Womack, Curtis Mayfield, and many others were haunting, gut-wrenching, and painfully accurate. There was sense of always being behind, being held back and held down.

Marvin Gaye had started to comment on this with his 1971 release “What’s Going On.” Here was a recording so powerful that Berry Gordy had initially refused to release it fearing it was “too political.” Marvin Gaye being who he was, went on strike refusing to record for the Motown label. The single, “What’s Going On” went to number one inside of a month, and then occupying that position for over five weeks. The album, What’s Going On went on to produce two more top ten hits, “Mercy Mercy Me (The Ecology)” and “Inner City Blues,” both pioneering for their smoother sounding soul vibe.

By the time 1973 rolled around, Marvin had more to say with his music; so many more stories to tell. Let’s Get It On, released August 28th, 1973 on the Tamla Records label, the album had been recorded between June of 1970 through July of 1973 at studios in both Detroit and Los Angles.

This album was a new beginning for Gaye on multiple fronts. Obviously, Let’s Get It On, was significantly more candidly sexual in nature, seductive, soulful, and funky. It was well recorded, and mixed with incredible finesse, including layering Gaye’s vocals, rendering them deep, and alluring. The impact that this album had on music going forward, especially soul, was immense.

The critical and fan acclaim that greeted the album enabled Gaye to gain more influence over his career and control over recording music in the studio. Let’s Get It On produced three singles that charted well including “You Sure Love to Ball,” “Come Get to This,” and the title track as well. Let’s Get It On remained on the Billboard charts for over  a year, and topped of the Billboard Soul Albums for 11 weeks.

This album set the standard for what soul and funk could be, the heights they could reach. It also confirmed that when quality music was written and produced to a high standard of excellence, it was accepted by all audiences; African American, Caucasian, Latino, and more. After all, love and sex is a universal theme. After this album, more and more, the Motown sound began to incorporate this new, smoother, sexier soul.

If Let’s Get It On is not in your collection, it should be. Aside from being a milestone, it is a fine album.

Let’s Get It On