TBT- Why We Owe Chuck Berry So Much 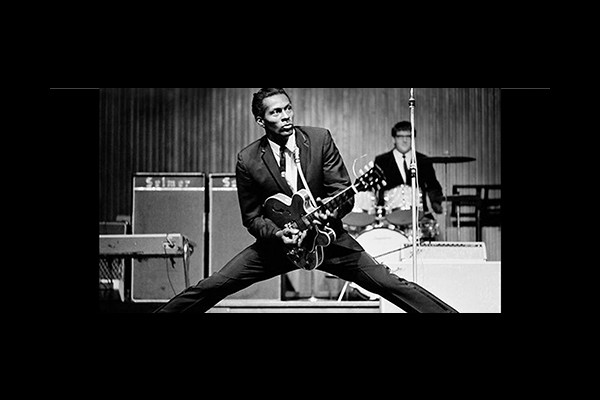 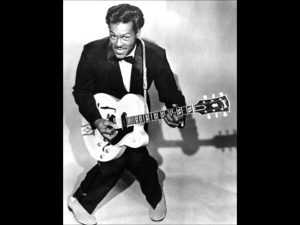 Editor’s Note: This week, Throwback Thursday looks back on the contributions of “Father of Rock and Roll.”

Every now and then someone comes along, grabs the universe by the tail, and shakes it, waking it up to the dawn of a new adventure. Beethoven. Mozart. Robert Johnson. Django Reinhardt. Muddy Waters. Miles Davis. Bob Dylan. These talented individuals each brought a new vision for music to the world, enriching the human experience in the process. Their vision opened previously unexplored paths of learning, discovery, and spiritual joy for others to travel for themselves.

In some instances, the work of these gypsy journeymen gives birth to a movement. Robert Johnson was the amalgamation of the great Delta blues players, and it can be argued that his work was a basic building block of the blues, folk, and even rock genres. Django Reinhardt brought Gypsy Swing to the fore, and along with Charlie Christian, proved the worth of the guitar as an instrument in the performance of popular music. Christian was also among the first to play a guitar through an amplifier, convincing even the doubtful Benny Goodman that this had merit. Muddy Waters brought the delta music of Mississippi with him to Chicago as did so many before him. In a stroke of genius, and also as an eventual necessity, he too would plug his guitar into an amplifier, and the blues would never be the same.

Today, Chuck Berry is generally regarded as the “Father of Rock and Roll.” From 1955 until 1962, he was writing, performing, and recording a string of hits on the Chess label that included “Maybellene,” “Roll Over Beethoven,” “Rock and Roll Music,” “School Days,” “Sweet Little Sixteen,” and “Johnny B. Goode.”

After being released from prison in 1963 after serving one and one-half years following his conviction in what many consider a racially driven trial for violating the Mann Act, Berry found that artists had reworked some of his songs. Among these was the Beach Boy’s hit “Surfin’ U.S.A.,” which had “borrowed” the melody from his “Sweet Little Sixteen.” He was also still quite popular because top tier British groups such as the Beatles and the Rolling Stones had been performing their own versions of his songs.

He wrote new songs including “No Particular Place to Go,” “You Never Can Tell,” and “Nadine.” He released five albums for his Mercury label between 1966 and 1969, including a live album, Live at Fillmore Auditorium, which had the Steve Miller Band backing him! He would do live concert shows and overseas tours as well. In 1970 he returned to the Chess label, where he had his only number one hit, a live version of him performing “My Ding-a-Ling.” Over the years he has continued to perform, and just this week, he announced on his birthday he is releasing a new studio album next year. This will be his first new studio album since his 1979 Atco release, Rock It.

So what makes him so special that to this day, Keith Richards is never on tour without having Chuck Berry’s music with him? Never. Ted Nugent has said, “If you don’t know every Chuck Berry lick, you can’t play rock guitar.” John Lennon opined, “If you tried to give rock and roll another name, you might call it ‘Chuck Berry’.”

As Miles Davis had freed musicians from the norm with his 1959 masterpiece, Kind of Blue, which saw musicians not basing the song structure on chord changes, but instead taking a basic theme and then free-form soloing, Berry freed guitarists by dropping out of his rhythm playing to solo, and then seamlessly dropping back into the rhythm. Prior to this, this had only been done in  Gypsy jazz, and swing orchestras, but Berry was doing it in a morphing of country, swing, rockabilly, and rhythm and blues. And he did it continuously, with ease. This morphing of styles that he was playing would become “Rock and Roll.”

In addition to switching between rhythm and soloing pretty-as-you-please, and combining many styles of music into a coherent, cohesive new sound, he had people, black and white, dancing to his beat. Then to top that off, he was entertaining them with stage panache such as his “duck walk” while he played. The crowd was moving and grooving, and so was he. They fed off of each other. It cannot be overstated just how much of an achievement it was having his music enthusiastically received by both white and black audiences. So-called “Race Records” and “Race Music” was a very real thing, and to be able to breach that was pretty substantial.

Berry’s music has been covered by everyone from the Beatles to Elton John. In 1984 he received the Grammy Lifetime Achievement Award, and in 2000 the Kennedy Center Honors. Rolling Stone magazine has him listed as number 6 on their listing of the “100 Greatest Guitarists of All Time” in 2003. He was also one of the first ten inductees into the Rock and Roll Hall of Fame upon its opening in 1986.

At 90 years young, Chuck Berry is still not finished writing his story, and an astonishing tale it is.