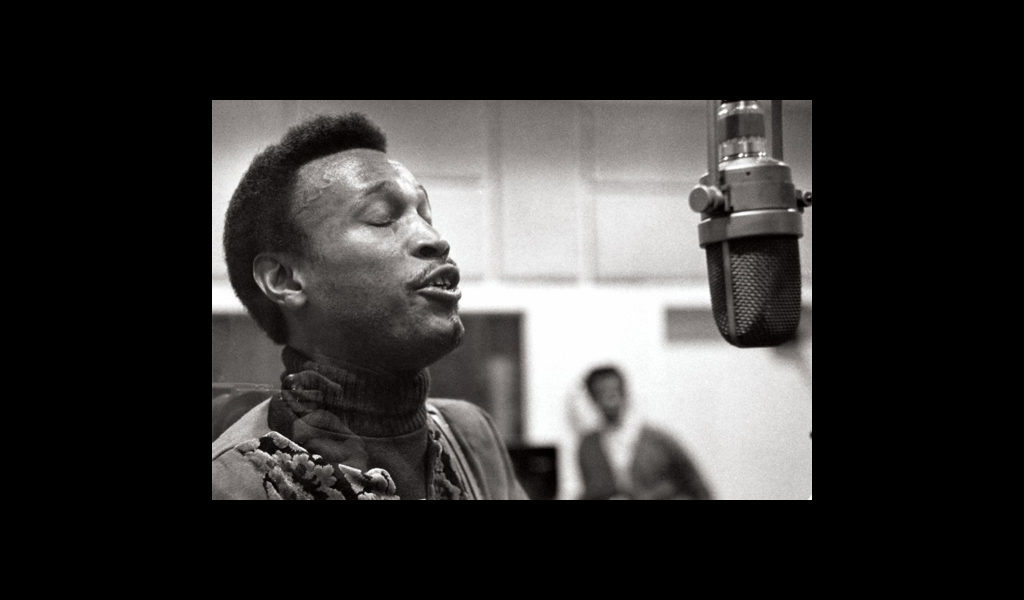 Editor’s Note: Tomorrow marks the 47th anniversary of the all-too-early death of a West Side Chicago guitar master. In honor of his gifted influence on the world of electric blues music, we offer 10 things you may not know about Samuel Maghett, better known to the world as Magic Sam. 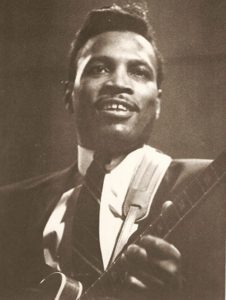 1. Samuel Gene Maghett was born in Grenada County, Mississippi on February 14th, 1937, but his birthplace now lies submerged beneath Grenada Lake. He spent his youngest years in Hendersonville, and that town, along with Redgrass and Graysport, were flooded when he was still very young. The Army Corps of Engineers constructed a total of four lakes to help control flooding along the Yazoo River Basin as a direct result of the Great Flood of 1927.

2. Willie Dixon once said, “Most of the guys were playing the straight 12-bar blues thing, but the harmonies that he carried with the chords was a different thing altogether.” That may have been due to the influences of his youth. Where Sam was raised, square dances and fiddle music were the popular fare of the African American communities. When he first moved to Chicago, blues guitarist Syl Johnson, who was his next door neighbor, helped teach him blues and boogie music which he adapted into his already, “hillbilly style.”

3. While there is some debate about when Magic Sam actually moved to the Windy City, (Wikipedia states 1956, while his Mississippi Blues Trail marker and Syl Johnson both say six years earlier), there is no argument that he was already an accomplished guitarist when he arrived. He spent hours in his youth creating and playing diddley bows, cigar box guitars, and anything with strings that he could play. His obsession with music far outweighed his interest in farming with his share cropper family, which garnered him whippings, and later beatings, from his father. Neighbors eventually reached out to members of Maghett’s family in Chicago, and his Aunt Lily, along with her husband, the great harmonica player, “Shakey Jake” Harris, intervened and brought the young man North.

4. Even at his tender age, Magic Sam wasted no time in diving headlong into the music scene upon his arrival. Whether it was in the Maxwell Street Market or the notorious blues clubs of the time, he was known to cut heads with the likes of Muddy Waters, Elmore James, Freddie King, and Bo Diddley. He learned the Chicago style and combined it with his hillbilly musical roots, the sounds of the Delta, and even some Memphis influences, which created, in him, a force to be reckoned with.

5. While the major sound of Chicago’s electric blues of the 50s and 60s was coming from the city’s South Side, artists such as Magic Sam, Otis Rush and Buddy Guy were the vanguards of a new movement. These were the creators of the West Side sound, which brought screaming electric guitars to the forefront of the music. Although Guy and Rush may have been more flamboyant, Sam was undisputedly the most visceral. His over the top string bends, combined with a voice that could make the great Bobby “Blue” Bland cry, brought a power and soulful feeling never before heard. The West Side guitar heroes like Sam, were major influences on white artists that followed, including Mike Bloomfield, Elvin Bishop, Jeff Beck, and Duane Allman.

6. Maghett’s life was filled with bad luck and near misses. Chess Records passed on him. He found out the name he had been using, “Good Rockin’ Sam,” was already being used by another artist, hence the change in his professional moniker. Although his initial recordings on the Cobra label were well received in Chicago, they didn’t fair as well outside the city. To add insult to injury, shortly after he made those recordings, Cobra went out of business, and Sam was drafted into the Army. Having no more interest in being a soldier than he did in being a farmer, he deserted shortly after his induction. That decision brought about a dishonorable discharge and six months in prison. Upon his release he recorded on the Chief Records label, but the entire Army debacle had severely undermined his confidence and emotional state. It was also a lull period, at that time, in blues music as a whole. The heyday of the 1950s was done, and the 60s folk revival was still years away. Rock and Roll was the music of the time, and Sam struggled for several years. He was also the victim of horrendous management throughout his career. 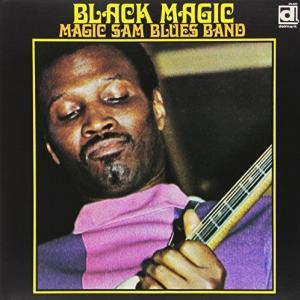 7. In 1962, he made an “electrifying” entrance to the stage. It was during a Muddy Waters performance at the original Alex Club, on Chicago’s West Side. Waters called for the young man to join him on the stage, and in his haste, Sam tripped over an electric cord and sent sparks flying. Delmark Records founder, Bob Koester, was in the audience that night, and later said, “His playing and singing were even more electrifying.” It was on the Delmark label, six years later that Magic Sam recorded what would become, arguably, one of the greatest blues albums ever recorded; West Side Soul.

8. Even with the incredible success of West Side Soul, it wasn’t Sam’s favorite album. Which one was? The follow-up release on the Delmark label, Black Magic. He was finally believing in himself and his abilities once again. After recording this second LP for Koester and company, he not only thought it was the best album he’d ever recorded, he said that it was, “the best album I’ve heard.” Recorded in October and November of 1968, Black Magic was released just days before Sam’s death.

9. When it came to “Magic” in Chicago, Sam wasn’t the only one to bear that name. Fellow Grenada, Mississippian, and childhood friend, Morris Holt, first tried out his chops in Chicago in the mid 1950s. Originally a piano player, he switched to guitar after losing a finger in a cotton gin accident. When he arrived in Chi-town, Sam dubbed him “Magic Slim,” and took him on as a bass player in his own band. Slim’s skills weren’t quite up to par with the artists in the Chicago scene at the time, and he went home to Mississippi. He returned in the mid 1960s, forming his band, The Teardrops, and made the “Magic” name live on, until his death in 2013.

10. Just when things were finally looking up for Magic Sam, he died, suddenly, of a heart attack on December 1st, 1969, at the age of 32. As a final twist of fate, Koester had wished Sam his best, and was making plans to release him from the Delmark label to record for Stax Records in Memphis, Tennessee.