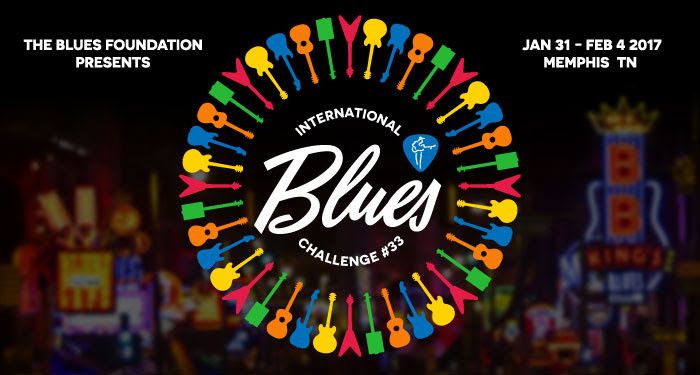 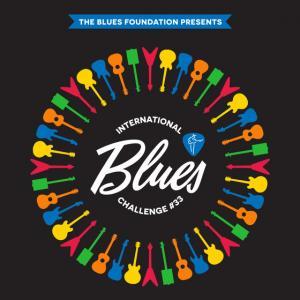 Memphis, TN – Memphis’ claim as the “Home of the Blues” will be indisputably evident the first week of February when The Blues Foundation hosts its 33rd Annual International Blues Challenge. Musicians from around the globe will convene in Memphis to compete for cash, prizes, and bookings as they are judged the best in IBC categories, among them Band, Solo/Duo, Electric Guitar, Acoustic Guitar, Harmonica Player, and Self-Produced CD. The Challenge’s alumni include such acclaimed musicians as Susan Tedeschi, Tommy Castro, Delta Moon, Trampled Under Foot, the late Sean Costello, and Grady Champion.

Historic Beale Street will be the site for each of the challenge rounds, opening with the International Showcase on Tuesday, January 31st, 2017. Quarter-finals will be on Wednesday, February 1st, and Thursday, February 2, and the Youth Showcase and semi-finals on Friday, February 3rd. The finals round of the world’s largest and most prestigious blues music competition will be held at Memphis’ grand Orpheum Theatre on Saturday, February 4th beginning at noon. Besides the amazing live blues performances, the five-day-long IBC will also present a variety of lectures, seminars, workshops, film, networking events, a silent auction, and affiliated blues society receptions that will appeal to blues professionals and fans alike.

While the International Blues Challenge looks to the future, The Blues Foundation’s Keeping the Blues Alive Awards honor those individuals and institutions that have helped to keep the blues going strong. As Blues Foundation President and CEO Barbara Newman proclaimed, “Our 2017 Keeping the Blues Alive recipients are all wonderful examples of blues flame keepers, each working in their own sphere of influence to move the genre forward while honoring its past.”

The 2017 Keeping the Blues Alive Awards recipients are:

These honorees, who will be recognized during a luncheon on February 3rd, represent a broad spectrum of the music world: record labels, music festivals, recording studios, clubs, radio stations, publications, and individuals with an undying passion to preserve and sustain the blues. They include grassroots blues heroes like Steve Salter, who created the nonprofit Killer Blues Headstone Project so that blues musicians wouldn’t be buried in unmarked graves, and Eddie Stout, who is known as the “Ambassador of Texas Blues,” for his work single-handedly running Dialtone Records. The KBA’s spotlight also shines on events like the Briggs Farm Blues Festival, which has been bringing the Mississippi Delta to eastern Pennsylvania for nearly 20 years, and Greaseland Studios, the San Jose recording studio where Kim Wilson, Maria Muldaur, Elvin Bishop, and Charlie Musselwhite have laid down tracks.

The 2017 KBA recipients not only cover America — from the Baltimore Blues Society to Seattle’s Highway 99 Blues Club — but also reveal the blues’ international popularity. Wolf Records has been promoting Magic Slim and other Chicago blues acts for over 30 years, and they aren’t doing it from Illinois, but Austria. The Chicago blues were also very important to 92-year-old Jacques Morgantini, known as the Alan Lomax of Europe, who brought many American bluesmen to play in France. The Porretta Soul Festival, meanwhile, has turned a small town in Northern Italy, into a mecca of soul music, particularly the Memphis variety.

The Blues Foundation is a world-renowned, Memphis-based organization whose mission is to preserve blues heritage, celebrate blues recording and performance, expand worldwide awareness of the blues, and ensure the future of this uniquely American art form. Founded in 1980, The Blues Foundation has approximately 4,000 individual members and 200 affiliated blues societies representing another 50,000 fans and professionals around the world. Its signature honors and events — the Blues Music Awards, Blues Hall of Fame, International Blues Challenge, and Keeping the Blues Alive Awards — make it the international hub of blues music. Its HART Fund provides the blues community with medical assistance for musicians in need, while Blues in the Schools programs and Generation Blues Scholarships expose new generations to blues music. The recent opening of the Blues Hall of Fame Museum, in Memphis, now adds the opportunity for music lovers of all ages to interact with the music and the history. Throughout the year, the Foundation staff serves the global blues community with answers, information, and news.

More information on the International Blues Challenge, passes, tickets and add-ons can be found here.