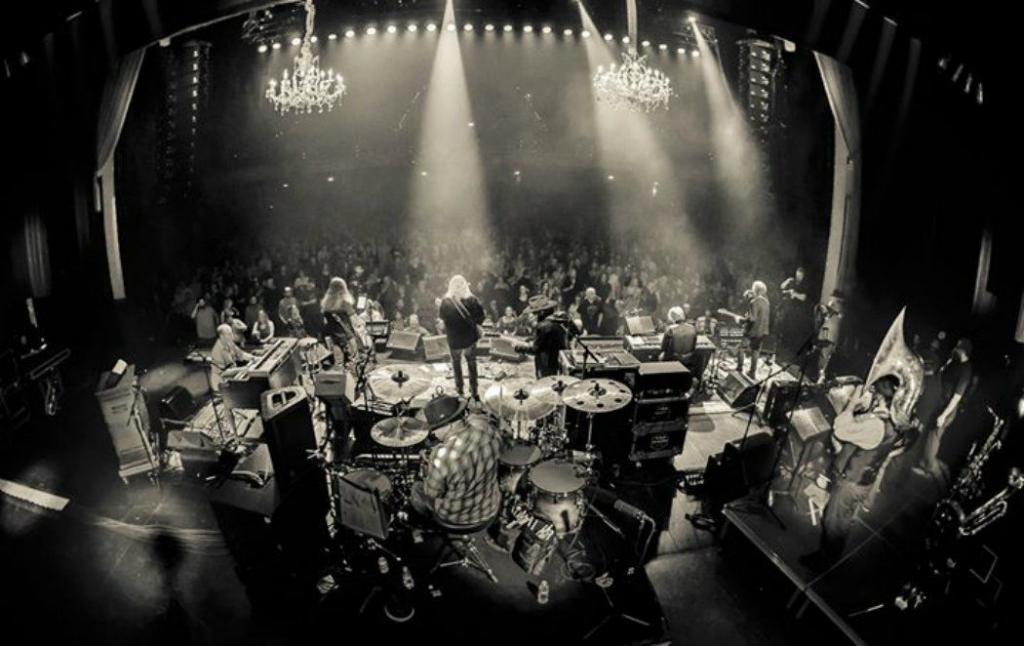 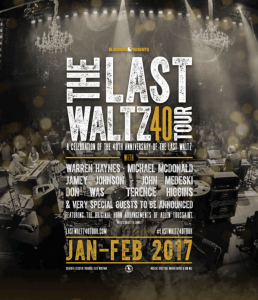 This November marks the 40th anniversary of The Band’s iconic San Francisco concert, The Last Waltz, which brought the group’s time together to a close.

Earlier this year an impressive lineup featuring the likes of Warren Haynes, Michael McDonald, John Medeski, Jamey Johnson and Terence Higgins led and joined by musical director Don Was came together for a pair of tribute concerts in New Orleans to honor The Band’s The Last Waltz finale. Now, many of the same musicians who played the tributes to New Orleans will bring the show on the road for The Last Waltz 40 Tour.

Haynes, McDonald, Johnson, Medeski, Was and Higgins are aboard for the tour, which will feature the original horn arrangements of Allen Toussaint from The Band’s November 25, 1976 concert at Winterland Ballroom in San Francisco. Special guests for certain cities will be announced. The tour is currently slated to run from a January 21st show in Hollywood, Florida to a performance at The Theater at MGM National Harbor in Maryland on February 4.

“The Last Waltz is one of the greatest rock music moments in history,” Haynes told Rolling Stone. “When we did it in New Orleans, it was so much fun. We were able to honor what came before and still come up with a different take on the original with a very unique blend of musical personalities.”

Tickets go on sale this Saturday at 10 a.m. ET.

Note: Jamey Johnson is not scheduled to perform in Red Bank and Boston.

[via JamBase and Rolling Stone]