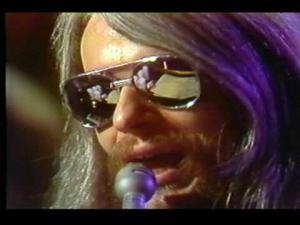 BREAKING – “Master of Time and Space,” Leon Russell has died. According to a message on his website, “Leon Russell died on Nov. 13, 2016 in Nashville at the age of 74. His wife said that he passed away in his sleep.” In recent years Russell had experienced health challenges, and he had suffered a heart attack just this past July.

Russell had worked with a who’s who of performing giants over the course of his six decade career including with Joe Cocker on his masterpiece, Mad Dogs and Englishmen, Freddie King on three of his Shelter Records releases, as well as Bob Dylan, The Rolling Stones, J.J. Cale, and a multitude of others. “This Masquerade,” the B-side of his 1972 hit single “Tight Rope,” was recorded by numerous artists including George Benson, who won a Grammy Award for Record of the Year in 1977 for his performance. Although he was revered among his peers, he was underrated and underappreciated by the general public for years. While his profile may have diminished for a time, Russell still continued to compose, record, and perform, both as a session player and on his own.

Born in Lawton Oklahoma, Russell began playing the piano at age four, and by the time he was 14 he was playing clubs in Tulsa, honing what would eventually become known as the “Tulsa Sound,” which drew from gospel, jazz, rockabilly, country, and blues. Later, J.J. Cale would again bring the so-called Tulsa Sound to the fore with his successful recordings and collaborations with Eric Clapton and others. For a real treat, fans should experience In Session At Paradise Studio by JJ Cale, featuring  Leon Russell at the Paradise Studios, LA 1979.

Russell would go on to a busy career as a session player, playing with the likes of the Gary Lewis and the Playboys, Byrds, and Herb Alpert. He was also a solo performer and recording artist, and in 1970 his solo album, Leon Russell was released. Among the many treasures on this release was  one of his best known triumphs, “A Song for You.” Many artists have recorded versions of this song including Ray Charles, Willie Nelson, Amy Winehouse, Peggy Lee, and Donny Hathaway. That same year Russell played on Dave Mason‘s brilliant studio album, Alone Together. Through the 1960s and into the 1970s Russell owned the Church Recording Studio on 3rd Street, which was later renamed Leon Russell Road by The Pearl District Association in Tulsa.

Russell’s career had slowed considerably by the time that Elton John reached out to him and the duo began work on The Union in 2009. The double album featuring work credited to both John and Russell was produced by T-Bone Burnett and recorded in February 2010. There was quite a scare when in January, Russell had to have surgery for heart failure, pneumonia, and a brain fluid leak. Released on October 29th, 2010, The Union was successful, and a film of the same name was released in 2011.

In 2011 Russell was inducted into both the Songwriters Hall of Fame, and the Rock and Roll Hall Of Fame, joining Johnny Cash and a very select group in being so honored.