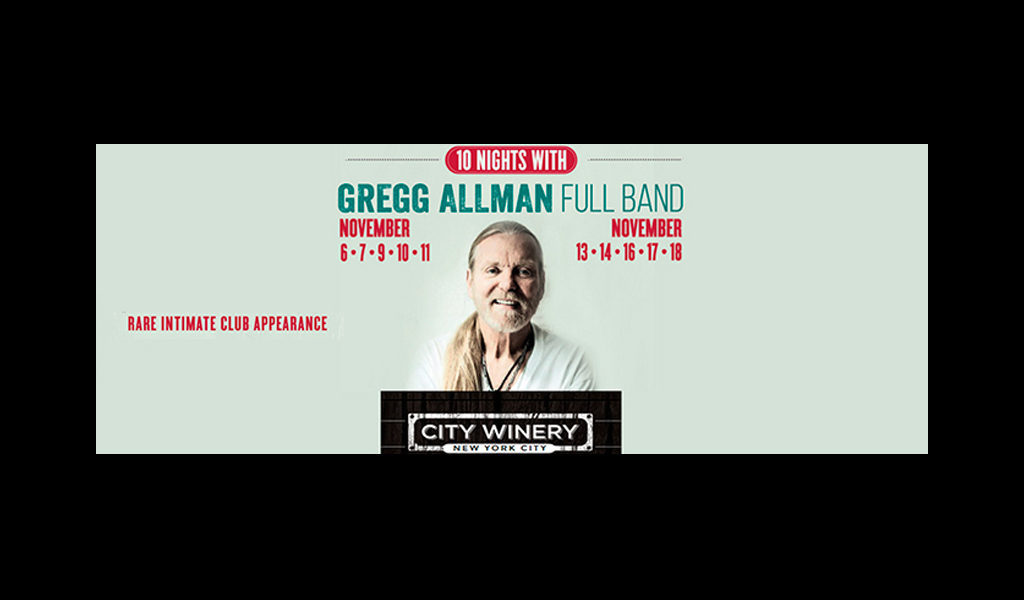 Gregg Allman is scheduled to play ten shows at City Winery – New York City from 6 – 11 and 13 – 18 November. The founding member of the Allman Brothers Band and popular solo artist in his own right will be playing what the venue describes as “ten rare, intimate club performances.”

This past August, Allman had to cancel several months of performance dates due to medical issues. At the time he had said, “I want to thank my fans and friends for supporting me while I rest up and focus on getting better and back on the road as soon as I can. I’ve been working hard with my band, my pride and joy, to play our music for everyone. We’ll see y’all in October.”

Allman did play the Laid Back Festival in Atlanta on October 29th. Just two years earlier on October 28th, 2014, the Allman Brothers Band played their last live show at the Beacon Theatre in New York City after 45 as a band. It was the 238th straight sellout for the band at the venerable venue.

As fans are aware, Allman was the recipient of new a liver in 2010, and he suffered health issues for the better part of the following two years. He went In 2012, he entered rehab for addiction following his medical treatments.

Allman has recorded a new album Southern Blood with his current backing band at Fame Studios in Muscle Shoals, AL.  The album is produced by Don Was and is scheduled for release in January, 2017.

For more info on this date residency by Allman, check here.