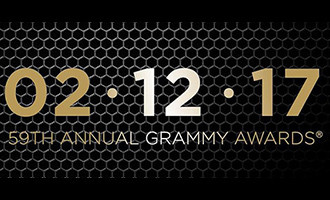 “This year’s Special Merit Awards recipients comprise a prestigious group of diverse and influential creators who have crafted or contributed to some of the most distinctive recordings in music history,” said Neil Portnow, President/CEO of The Recording Academy. “These exceptionally inspiring figures are being honored as legendary performers, creative architects, and technical visionaries. Their outstanding accomplishments and passion for their respective crafts have created a timeless legacy.”

The Lifetime Achievement Award celebrates performers who have made outstanding contributions of artistic significance to the field of recording, while the Trustees Award honors contributions in areas other than performance. The recipients are determined by vote of The Recording Academy’s National Board of Trustees. Technical GRAMMY Award recipients are voted on by The Academy’s Producers & Engineers Wing® Advisory Council and Chapter Committees, and are ratified by The Academy’s Trustees. The award is presented to individuals and/or companies who have made contributions of outstanding technical significance to the recording industry.

Dr. Nina Simone*, known as the High Priestess of Soul, was a child prodigy whose dreams of becoming a classical musician were deferred by the color of her skin. Her fearlessness and deep commitment to the civil rights movement gave birth to such classics as “Mississippi Goddam,” “Four Women,” and “To Be Young, Gifted, And Black.” Her approach to music was so versatile she labeled her style black classical. From R&B and rock to jazz, gospel, blues, folk, and Broadway, Simone brought her unique style to each genre. Her interpretations of “Feeling Good” and “Sinnerman” are classics that fans around the world still enjoy. Her version of “I Loves You, Porgy” became a Top 20 single in 1959. Her rendition was inducted into the GRAMMY Hall Of Fame in 2000.

Sylvester “Sly Stone” Stewart is an iconic American musician, songwriter and producer, most famous for his role as frontman of Sly & The Family Stone. Classic hits penned by Stone, including “Thank You (Falettinme Be Mice Elf Agin),” “Everyday People,” “Dance To The Music,” and “There’s A Riot Going On,” played a critical role in the development of soul, funk, rock, and psychedelia in the 1960s and 1970s. Sly & The Family Stone were inducted into the Rock and Roll Hall of Fame in 1993. The group has four recordings in the GRAMMY Hall Of Fame.

Despite a relatively brief lifespan and limited commercial success, the Velvet Underground are now recognized as one of the most influential rock bands of all time. Comprising Lou Reed*, John Cale, Sterling Morrison*, and Maureen “Moe” Tucker, the band was, perhaps, ahead of their time, both visually and sonically. Often dubbed the quintessential proto-punk band, they’ve continued to be the benchmark for countless modern-rock movements over the past 50 years. The Velvet Underground’s seminal 1967 debut album, The Velvet Underground & Nico, was inducted into the GRAMMY Hall Of Fame in 2008.

Producer/arranger/songwriter Thom Bell was one of the cornerstones of the Philadelphia Soul legacy. He was a prime architect in the development of a ’70s soul sound that moved beyond the grit of Southern soul and the effervescence of Motown by building complex and sophisticated arrangements around smooth strings, elegant horns and a driving rhythm that anticipated the rise of disco. With the Delfonics, the Stylistics, the Spinners and others, Bell established his trademark sound with sweet strings and muted brass led by the French horn. Hits such as “I’ll Be Around” and “Betcha By Golly, Wow” cemented his stature as one of the all-time great songwriter/producers, and his partnership with Kenny Gamble and Leon Huff helped create the quintessential sound of Philadelphia.

Learn  more about the 59th Grammy Awards ceremony on February 12th, 2017 here., and the nominees here.