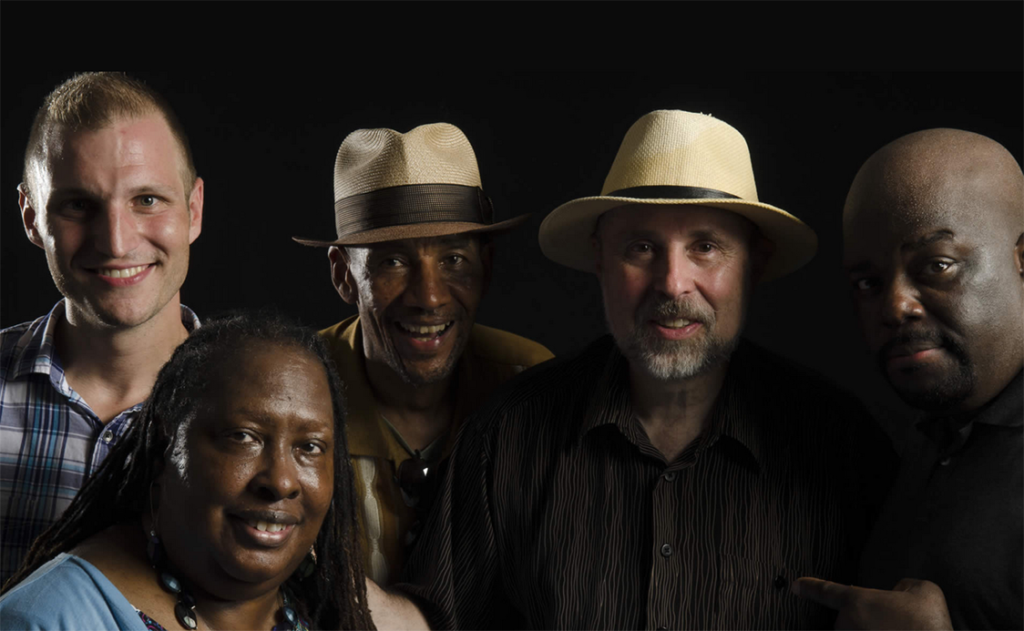 Mississippi Heat has been blessed over the years with insanely talented players that consistently perform with the band, lifting it up to become a staple of Chicago blues. They are known for their energetic performances, brilliant arrangements, and the ability to blend blues, rock, and jazz beautifully. We recently spoke with group founder Pierre Lacocque about the band, and their new album, Cab Driving Man.

Your last album, Warning Shot was amazing. The new album, Cab Driving Man, is even better. We were completely blown away!

Thank you. We are very proud. Of course every album I work on, I give everything I’ve got and I rehearse with the band, and individually; everybody works hard. I’m very proud of it in spite of the physical tiredness, and mental tiredness of juggling so many details. I got lucky with Delmark Records. They were extremely welcoming, and supportive. Steve Wagner, who does the engineering and mastering, and everything over there, was easy to work with and he got excited, which is always a good sign when you see the company getting excited. And, he worked extremely hard withe mixing of the songs, and he told me again, just like with Warning Shot, ‘We’re taking the 16 songs you are delivering. We’re keeping them all on the album.’ It’s very unusual. I do more songs when I record so that I can just choose, you know. I need twelve, or fourteen, whatever.

He said, ‘No, no, no. We’ll take them all; we want them all.’ That felt very affirming; I said, ‘Wow.’ I am very pleased with the sound, with the mixing. There’s a lot of work that went into the arrangements. I do on this album more acoustic numbers than I’ve ever done.

Yes! The acoustic work was excellent.

Thank you. I was surprised and happy the way it turned out. I said to myself, ‘I should do this agin with the next one.’ I tend to be attracted to the saxophone, or the horn sound of the harmonica. I tried it and it worked very well.

They’re a little more sparse and open, and they breathe. Even your electric work is open and it breathes as well.

I pay a lot of attention; anything, any instrument can be obnoxious, and I try to blend an ensemble. Yes, there’s solos. I try to do a little more solos on this one, because fans are like, ‘Hey, Pierre; you’ve got to do more solos!’

On the solos, you came after the guitar.

Yes. This time I just shifted things around. Yes. It’s fresh. I just decided to go a little more present with the harmonica.

Your albums have a lot of texture. Also: Y’all can mix styles and make it all work and come together. Part of your sound is Memphis Horns, like the old Stax records, and you’ll mix that with almost Zydeco, but not quite, but it has that Zydeco flavor. It’s great how you pull that off.

I always encourage people in the band, and guests to bring what they’ve got. Like Terrence Williams on drums, for example, has his own drumming style and he’s impeccable when it comes to timing, and the same with out bass player, Brian Quinn. They love working together, and as you know, that’s the backbone to a band, the rhythm section. They like each other and they play well together.

I always encourage. I say, ‘Here’s what I’m looking for, and based on that, they just play; they just work it out. Inetta for example, has her own singing style, and I tell her, ‘Be you. Be you; you don’t have to copy anybody, you are amazing the way you are. So, everybody has a fresh angle. The harmonica player too! I try not to repeat what’s been done. I might repeat something occasionally, as an homage.

I like it fresh, with new ideas, as a challenge. Play something that has not been done before.

What else is satisfying about the music is, even when you play rock or blues, you still manage to get a Cajun flavor in there somehow.

Well, I do love New Orleans, and I do love Santana.

Yes, of course! Your sound definitely favors the early work of Santana.

Yes! I love Santana. When he’s interviewed, he said he studied blues. He studied Otis Rush, and people like that.

Before that though, he studied violin, and that’s why his guitar sound favors a violin. That’s what he started on was the violin. Then he discovered the guitar and he said, “That’s it for me.”

I never knew that. Thanks for telling me. I love Santana. The simplicity of the notes, and yet, the core of the notes are right on; so soulful. Less is more. Like the Albert King; people like that.

In the harmonica world, Junior Wells, in the earlier days when he was more into the blues, before he was more into the soul sound, ha had an amazing approach too. Less is more. For some reason, when he hit those notes, it was correctly timed. It’s not like it was fancy, but he was so soulful. Albert King to me, was the same. I enjoy B.B. King too. All the Kings actually; Freddie, and so forth. But now Albert King, I mean, just a few notes.

Another player was Buddy Guy’s brother, Phil Guy. Man, he was a funky, soulful, incredible player. Byther Smith was the same way; he said more with three notes than some players say in a whole evening.

There’s an overall mood to the album, but each song is it’s own little “painting of sound” if you will. Very coherent. As good as Warning Shot was, this new one is light years ahead of that even.

Wow! That’s wonderful. I do feel proud of this one. Thank you for the comments; I appreciate that because it’s an inspiration. A lot of feeling went into this. Again, when we do an album, I try not to repeat the same things. I try to bring a variety that is coherent with each other. So, thank you so much.

There are two songs that defined the album for me. Again, everything is different, and the album is so varied. “Flowers on My Tombstone,” because Inetta does an incredible job. I mean everyone did an incredible job on that. Also, “Rosalie,”  because for me, it was almost as though you did a take on Buena Vista Social Club.

Another good song was “Icy Blue.”

I wanted to do something a little funky. We do these songs live, and “Icy Blue” always gets a good response, and of course “Rosalie” as well.

That’s why I have him on the album with Michael Dodson, both, because both have different, amazing skills. We can go many directions with these two guitar players and that’s why I’m so excited to have them. And Chris “Hambone” Cameron on keyboards is unbelievable. He does everything man! So, I can do any kind of song, and that’s why I am excited about the band and the people in it. I can touch anything I want, and do it well.

So, do you have plans for a live album?

Yes. That’s something that Delmark mentioned. We have a few live recordings that have not been released, and TV shows, with high definition cameras. So, we do have things available. It’s in of in the air, and we do have material that we could release, but we are not sure when. I’m already focusing on the next album, believe it or not! Yes, life is good.

Thanks again for your time. Talking with you is always a pleasure, and we learn so much.

Me too. Thank you Barry. It’s always enjoyable for me to talk with you.