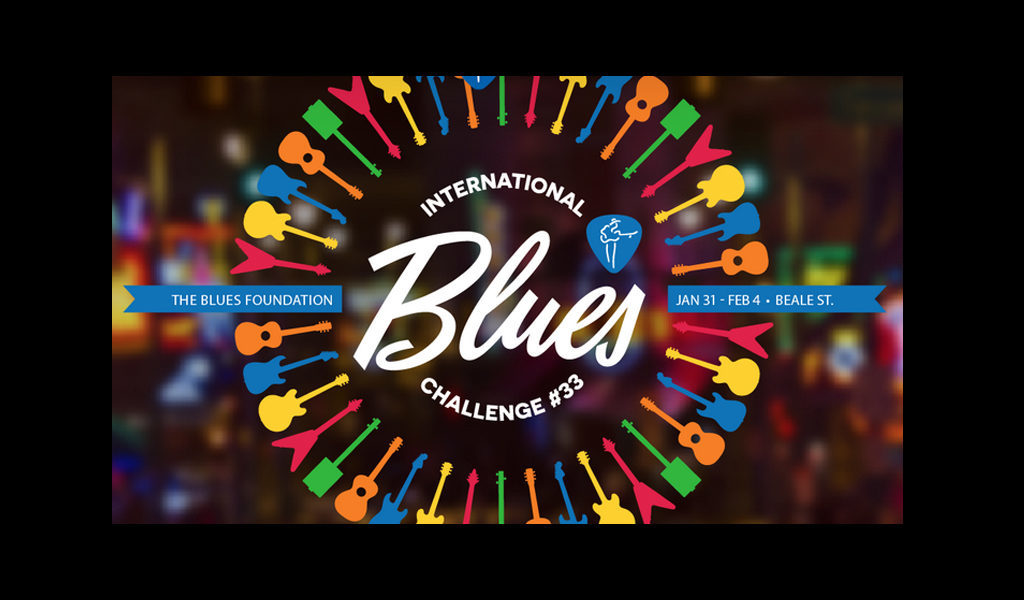 Memphis, TN – Well blues lovers, it’s just about that time of year. It’s a time to catch up with old friends, make some new friends, and share good food and good times. It’s also the time when musicians representing blues societies from around the world come to compete in the International Blues Challenge.

This year’s 33 IBC officially kicks off on Tuesday, January 31st at the Clayborn Temple, a key site in the civil rights struggle of the 1960’s where Dr. Martin Luther King spoke. In the spirit of Dr. King’s message, the blues is all-embracing and knows no boundaries of color, nationality, or gender. And so The Blues Foundation felt it a fitting place to begin the IBC as we welcome artists from around the world to perform on the night before The Challenge officially begins. The International Showcase will expand in a number of clubs on Beale Street beginning at 8:00pm. This event is open to the Community at no charge.

Also on Tuesday, visitors can join Tas Cru and many of their favorite blues artists as they Jam for Generation Blues. Sign up begins at 7:00pm for blues musicians who want to be a part of the Jam. Be prepared to throw some money in the hat to assist young blues artists in attending summer blues camps and workshops. But mostly, enjoy the music and have fun on Beale Street. There is no cover with an IBC Pass – Donation’s Encouraged

Thursday, February 2nd, 2017 event highlights include Blues Networking – Speed Dating for Musicians and Industry, the Women in Blues (WiB) Showcase, and a presentation of The Official Documentary of the IBC – Sidemen: Long Road to Glory. Also on this day, the Quarterfinals, Round 2 take place, and there are several jams happening including the All-Star Jam, and the International Jam.

Saturday, February 4th highlights include the Charter Member, Big Donor, and Sponsor Breakfast, and of course, the IBC Finals!

For a more detailed schedule of daily goings-on, check here, or you can download a Single Page Overview.