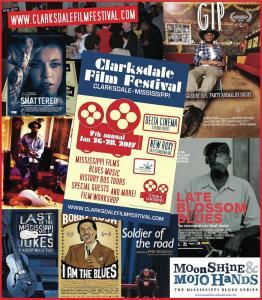 Clarksdale, MS – Once again this blues music mecca will come alive, this time with the amazing happenings at the Clarksdale Film Festival, Thursday, January 26th through Saturday, January 28th.

This year’s events will include Mississippi films, history bus tours, special guests, a film workshop, and of course, live music! What could be better than celebrating blues in Clarksdale?

Learn more about the Delta Cinema, and the New Roxy.