Language of the Blues: TRICK 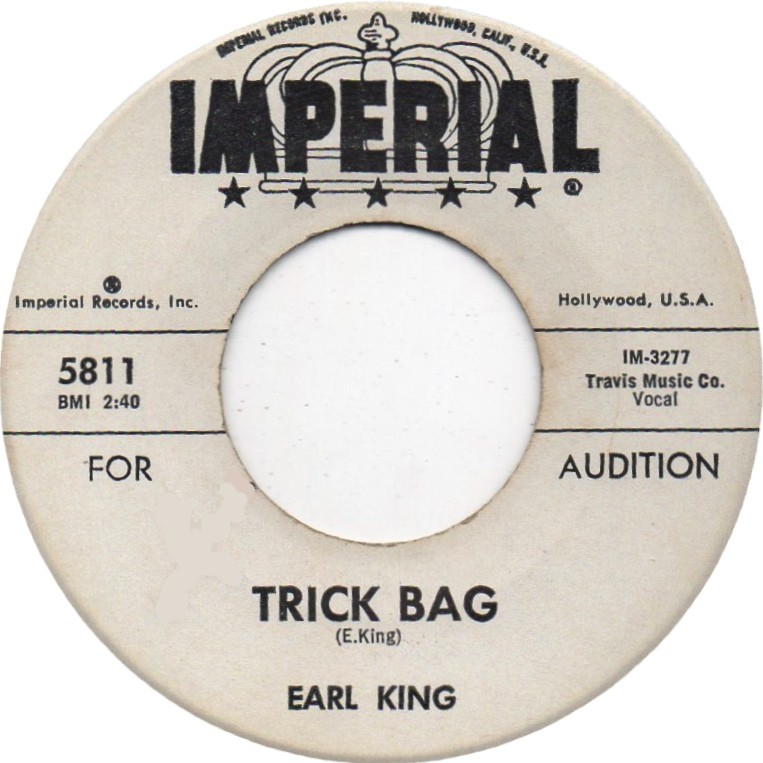 In the blues, to trick someone is to put a spell on him or her. Casting spells is called laying tricks, while performing a trick is a euphemism for prostitution.

A prostitute’s client is also called a trick, although in New Orleans, musical artist Dr. John told me, taxi drivers would call a trick being dropped off at a whorehouse a “Vidalia.” After puzzling over this, Dr. John figured out that the cabbies had made up this nickname because a popular madam in New Orleans named Norma Wallace always had her dog Vidalia by her side.

Traditionally, a trick bag is a mojo bag used to curse someone. A mojo bag can be used either for protection or to put a curse on someone, but trick bags are always used to get someone’s business “in a trick.” The phrase “trick bag” has also come to mean any unpleasant situation one has been placed into by another person.

Earl King, a Mardi Gras Indian Chief and a key figure in New Orleans blues and R&B, wrote the ode to a cheating girlfriend, “Trick Bag,” that was a huge hit in 1962. It’s still one of the most frequently covered R&B tunes ever. King was inspired to write “Trick Bag” by a story his grandmother told him about King’s father, a blues pianist who died when King was a child.

“My grandmother told me a story about my father’s temper once,” King told Offbeat magazine in 1983. “Every night my dad went by his girlfriend’s house to eat supper. One night, she just hands him a plate of food over the fence. My dad thinks about this, goes back to her place, kicks the door in, and there was another guy in there!” The lyrics tell the tale:

Everyone from Robert Palmer to The Meters has recorded “Trick Bag.” “Big Chief” Earl King also wrote the Mardi Gras theme songs “Big Chief” and “Street Parade,” and the party anthem “Come on Baby, Let The Good Times Roll,” which was covered by Jimi Hendrix and Stevie Ray Vaughan.

Earl King with Roomful of Blues