ZZ Top Has Legs and They Know How to Use Them 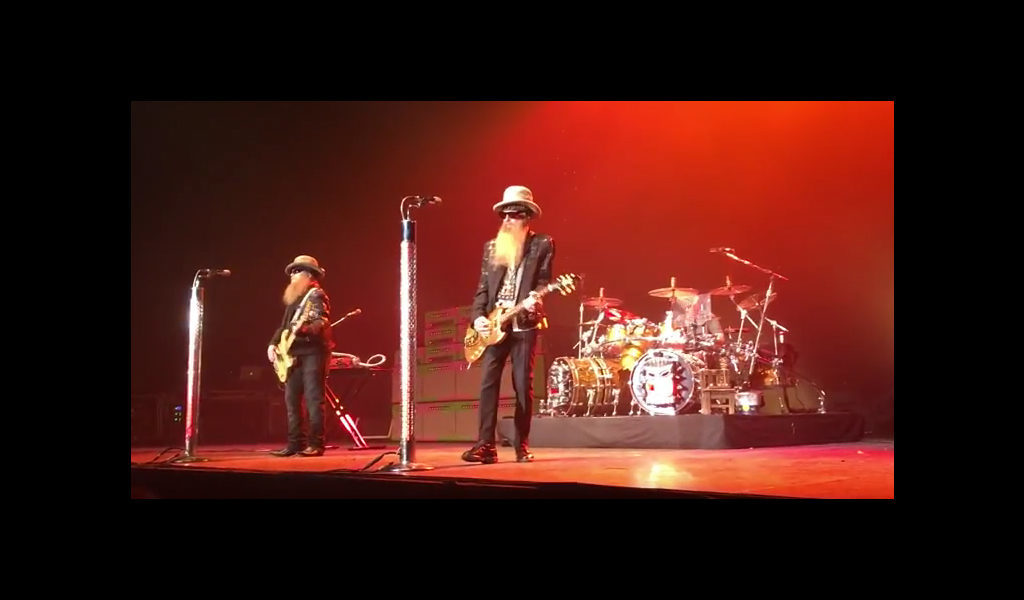 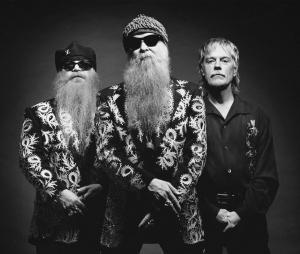 Ok, maybe it’s the cynicism of this grizzled old blues journalist, but I just never expected ZZ Top to be this good in concert. In an age of Pro Tools and other technological wizardry, most producers can turn a good garage band into a slick rock machine. Add to that ZZ Top’s almost half century with monolithic Warner Brothers Records – the company that helped create larger than life hard rock with acts like The Grateful Dead, Van Morrison, and Van Halen. That just led me to assume the corporate giant had been tweaking ZZ’s sound forever.

Plus, the band’s image of hiding behind two-foot beards, cheap sunglasses and hats that look like an amoeba on steroids, and you gotta figure these guys are hittin’ it with a sneaker. Don’t get me wrong, I love their sound, a kind of Hill Country blues mind-warping drone with a Hollywood smirk and a Vegas neon blink, but I hadn’t seen them live for 35 years. That concert damaged my hearing for life and left me bleeding from every orifice.

But it was worth it. These guys transport you into another galaxy. They’re Rocky and Bullwinkle when it comes to turning rock culture into one huge fractured fairy tale and their Jimi Hendrix collision with a Minnie Pearl dress code breaks the rule of cool that most hot rocks cling to.

So, who are these guys hiding their age behind a façade, and are they a manufactured flavor of the half century that can sell 30 million records to pop confectionary addicts? Sure, but they’re a hell of a lot more.

Forget the Pro-tools and other digital magic. Opening with “Have Mercy” and concluding their first of two encores with “Tush,” they executed an hour and a half of blues-inspired rock that was loud but crystal clear, besting their recent Live! Hits from Around The World CD (On Suretone, not Warner Brothers) with unbridled energy. Gibbons’ fretting on Jimi Hendrix’s “Foxy Lady” was adroitly executed without ever soliciting feedback from the amps. And the bi-play of those guitar runs with Dusty Hill’s bass and Frank Beard’s drumming were as overpowering on “Tush” as James Brown’s delivery on “Night Train” backed by a big band including horns and two drummers.

I expected their volume alone would checkmate whatever nuances I heard on their CDs. Instead, it was just the opposite. In a pre-concert email interview, Billy Gibbons told me, “The studio is an adjunct to what we do and something of a tool shed for us. There’s not much we’ve done in the studio that we haven’t been able to do on stage, and that’s quite intentional. We aim to sound like ourselves. It’s much more comfortable that way. Then again, we do enjoy going about figuring how to replicate the exotic when contemporary tech is in the blend.”

Bottom line, Gibbons is way under-rated as a guitarist. OK, but is it blues? The band answered that question with a version of “Catfish Blues” segueing into “Two Trains Running” that reminded me of a version The Blues Project used to do in the ’60s. The song has an almost century-old thread that weaves through the repertoires of Muddy Waters, R. L. Burnside, and countless rock luminaries. Dusty Hill handled the vocals and Gibbons lifted Dusty’s plaintive cries on eagles’ wings, sending the sold-out crowd into orgasmic nirvana.

Perhaps my biggest takeaway with ZZ Top is that they ARE rock stars, but they’re not living out their image, staring down their nose at the fans. Between songs, Gibbons told the upstate New York audience that his father had grown up in Gloversville in the Adirondack Mountain foothills about 50 miles from Schenectady, and he told an anecdote about walking into a Dollar Store and buying a shirt with FFA stitched into it standing for Future Farmers of America. “I know plenty of farmers in Hollywood,” he said.

Rock is usually about bravado and ego, using loud volume and driving sexual rhythm to flex muscles and strut with an aggressive stance. Blues more often is about tellin’ it like it is. ZZ Top plays both ends of the field. They may have 15 million-selling studio albums that pound home a driving beat, but their concert is rock’s answer to a Saturday night fish fry. Songs like “Gimme All Your Lovin’,” “Nationwide,” “Tush,” and “Legs” may be all testosterone, but there’s a wink from behind Billy Gibbons’ and Dusty Hall’ beards and dark glasses that says it’s all in the game.  And “Under Pressure,” “Have Mercy’ and “Sharp Dressed Man” with their twisted innuendoes is not about sexual conquest as much as letting the ladies in on the dance.

In my interview with Gibbons, I told him that ZZ Top’s drummer Frank Beard once told me that the band brainstorms lyrics and gets as dirty as they can and then dials it back just far enough not to get censored. Had that become easier with time as society becomes more open? “The entendre is oft times double and sometimes triple,” he answered, “but coming right out and saying it wouldn’t be much of an artistic challenge. It’s not we’ve ‘gotten away’ with anything over the years — those who know the subtext might get a charge, but those who don’t still get off, so it’s a win/win. Nuance is everything.”

This portion of ZZ Top’s almost endless tour is being billed as the Tonnage Tour referring to the old Tennessee Ernie Ford hit “Sixteen Tons.” Years ago someone posted a YouTube video of a band purported to be ZZ Top with Jeff Beck performing the song. ZZ Top, amused by the video, started performing the song on tour and recorded a London concert version with – you guessed it – Jeff Beck sitting in. It’s included on their CD, ZZ Top – Live! Greatest Hits from Around the World, and heavily rocked up version of it is included in the show.

Newly added dates include: May12 in Amarillo, TX  at Amarillo Civic Center; May13 in Wichita Falls, TX at  Memorial Auditorium; May14 in Midland, TX at Midland County Horseshoe Pavilion and Amphitheater; May16 in San Antonio, TX at the Majestic Theatre; May 18 and 19 in Biloxi, MS at Beau Rivage Theatre; May 20 in Belton, TX at Bell Country Expo Center; May 22 in San Angelo, TX at the Foster Communications Coliseum; May 23 in Hidalgo, TX  at State Farm Arena; May24 in Corpus Christi, TX at Selena Auditorium; May 26 in Little Rock, AR at Robinson Performance Hall; May 27 in Park City, KS at Hartman Arena; May 28 in Springfield, MO at Juanita K. Hammons Hall for the Performing Arts; May 30 in Ft. Wayne, IN at Foellinger Theatre; June 1 in Interlochen, MI at Kresge Auditorium; June 2  in Windsor, ON  at The Colosseum at Caesars Windsor;  June 3 in Orillia, ON  at Casino Rama Entertainment Centre; June 6 in Lewiston, NY at Artpark; June7  in Cincinnati, OH at PNC Pavillion; June 9 in Rogers, AR at Walmart Amp, Arkansas Music Pavilion; and June 10 in Frisco, TX  at Toyota Stadium (w/ Jimmy Buffett).