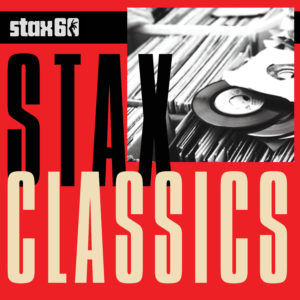 Concord Music Group and Rhino Entertainment, have announced a joint campaign celebrating the 60th anniversary of iconic soul label, Stax Records. This unique partnership marks the first marketing collaboration of recordings since Atlantic Records split with Stax in 1967. It will effectively reunite the long-divided label catalog.

Honoring historic Soulsville, USA in Memphis, curated collections of some of the greatest Stax music will be released in the near future. New hits compilations, vinyl LPs, digital hi-resolution remasters, and deluxe boxed sets will be available. These releases will showcase timeless Stax hits, plus rare tracks from many of the label’s legendary artists.

The collaboration between Rhino and Concord will kick off with the May 19th launch of the Stax Classics series. It consists of ten wallet-friendly collections, each highlighting one of the label’s biggest stars with 12 choice tracks, and insightful new liner notes. Available on CD, as well as all digital retailers and streaming services, these albums will celebrate the prolific Stax careers of Otis Redding, William Bell, Johnnie Taylor, Carla Thomas, Booker T & The MGs, The Dramatics, Albert King, Sam & Dave, Isaac Hayes, and The Staple Singers.

Throughout the year, both Concord and Rhino will reissue a variety of epochal Stax albums on vinyl, including a 50th anniversary pressing of Redding and Thomas’ King & Queen (Rhino), Melvin Van Peebles’ soundtrack to the groundbreaking Sweet Sweetback’s Baadasssss Song (Concord), rarity John Gary Williams from The Mad Lads front man (Concord), and Redding’s 1965 classic, The Great Otis Redding Sings Soul Ballads (Rhino). Also, the forthcoming 4-CD anthology Isaac Hayes: The Spirit of Memphis (1962-1976) will be released in August, 2017 to coincide with the multi-talented artist’s 75th birth anniversary. In addition, both labels will collaborate on a three-CD Stax 60th set, plus a new installment in the critically acclaimed Complete Stax Singles boxed set series. Volume Four will focus on the diverse nature of the label’s catalog, featuring singles released not only on Stax, and Volt, but also Enterprise, Hip, Chalice, Gospel Truth, and more. Both Rhino and Concord will also continue an overhaul of digital releases, re-delivering a handful of popular titles in high-resolution and “Mastered for iTunes” formats, as well as making many albums available to streaming and digital services for the first time.

This soulful partnership marks a special moment in history for the label, and both Rhino and Concord are proud to have the opportunity to collaborate after nearly 50 years. “The Stax catalog features some of the greatest and most culturally significant albums and singles of all time and continues to resonate with music fans 60 years later,” says Mark Pinkus, President of Rhino Entertainment. “We are thrilled to be partnering with Concord’s team on a wide array of new releases fitting of such an important moment in the Stax legacy.”

Sig Sigworth, Chief Catalog Officer of Concord Bicycle Music, Concord Music Group’s mother company, also notes that, “Stax has a great history of bringing people together; songwriters, musicians, singers and fans from around the world. It’s in this same tradition that we are very pleased to work with Mark and his team to bring together both sides of this incredible catalog while celebrating 60 years of Soulsville, USA.”

The label was first founded in 1957 by Memphis banker, and fiddle player Jim Stewart. It was a labor of love for him, as he oversaw operations initially with his sister Estelle Axton, and then associate Al Bell. “On the anniversary of Stax Records’ 60th, this Concord/Rhino collaboration signals the beginning of the end of a bitter-sweet relationship between Stax and Atlantic,” says Stewart. “It’s long-overdue and a good omen for the unending popularity of the very best of Memphis Soul music.”

“Stax Records,” Stewart continues, “was my baby. Stax music was and always will be inspirational. I am so pleased that the music we created and recorded at Stax is still being discovered, and it continues to reside in the hearts of devotees everywhere that know the joy and power of ‘real’ music.”

Stewart and Axton, who changed the name of the label from Satellite Records to Stax in 1960, soon had a self-contained soul music powerhouse, complete with its own recording studio, a growing staff of A&R personnel, songwriters, producers, and an inimitable house band. They also had Stax publicist, Deanie Parker, who continues to fortify the legacy of Stax in Soulsville, USA. “Through the Stax Museum of American Soul Music, the label’s rich musical and cultural history can be studied, felt and enjoyed,” Parker offers. “Stax’ iconic hits and artists come to life through students at the Stax Music Academy, and live on thanks to The Soulsville Charter School. And now, partners Concord and Rhino are unleashing some of the first R&B songs from the womb of Stax Records; music that we’ve grown up loving for more than half a century. It’s free at last!”

During its 15-year run, Stax released more than 800 singles, and nearly 300 LPs. It won eight GRAMMY® Awards, plus an Academy Award along the way. The label placed more than 167 songs in the Top 100 pop charts, and a staggering 243 hits in the Top 100 R&B charts. Today, the original site of Stax Records is home to The Soulsville Foundation. The multi-million dollar campus houses the Stax Museum of American Soul Music, as well as the Stax Music Academy, and The Soulsville Charter School, both of which serve primarily at-risk, inner-city youth. The Soulsville Foundation aims to impart the spirit and soul upon which Stax Records was founded: using the power of music and opportunity to shape a young person’s life, rebuild a community, and keep valuable history alive forever.