Newest From Amy Black is All About ‘Memphis’ 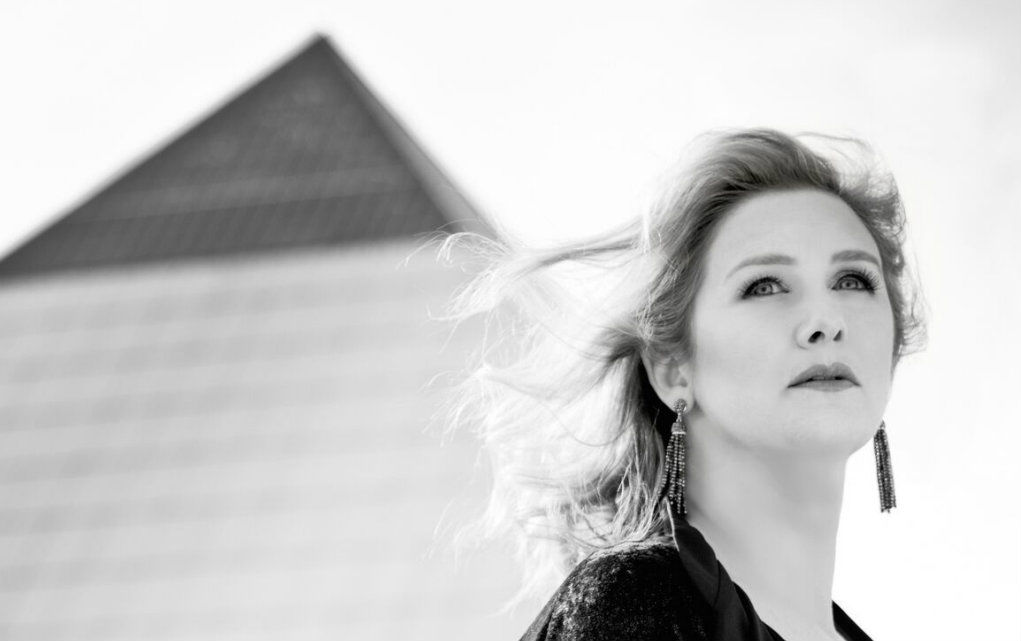 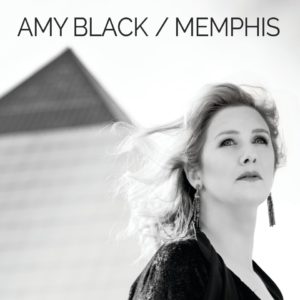 “I love the music of Memphis; everything that came out of here in the ‘50s, the ‘60s, the ‘70s … I love the grit and the guts and the soul and the groove,” says Amy Black. “And the heart of it all is the blues.” No wonder then, her soon-to-be-released, Memphis, has all those ingredients, and more.

Black was actually conceived in the Bluff City. It’s easy to believe that her soulful, sultry, tremolo vocals were a gift from the M. They’re spot on, on this, her seventh career release. Although not raised in the south, she has done her homework. She has absorbed the spirit of her musical predecessors, and utilized some of its most notable musicians for this album.

Memphis was produced by Grammy nominee, and Emmy winner, Scott Bomar, who also engineered the project. Bomar, leader of the Bo-Keys, gathered the strongest troops in the field to provide the musical backdrop. From his own band, he brought guitarist Joe Restivo, and horn & string arranger, Marc Franklin. Then he added Stax guitarist, Bobby Manuel, and the legendary Hi Records rhythm section, made up of drummer, Howard Grimes, keyboardist, the Rev. Charles Hodges, and his brother, bassist Leroy “Flick” Hodges.

Recorded at Bomar’s Electraphonic Studios, and mixed at Ardent Studios, this album is pure Memphis, from the floor up.

“It’s Hard to Love an Angry Man,” almost didn’t make it to the album. It was not one of the singles she first presented to Bomar, but rather just a bit of a song she had recorded on her phone. When pressed for more originals for the album, she found, and delivered this one. Black calls it her tribute to the late, great Bobby “Blue” Bland. It’s not hard to figure out why. Anyone familiar with Bland’s work will hear the similarities. The funny thing is, she did it before hearing most of Bobby’s songs. Another example of the River City, and the spirits of its historic citizens channeling through a devoted artist.

Black pays tribute to Bland on another track as well with a swinging version of his 1957 hit, “Further on Up the Road.” One of only three covers on the release, they were all carefully selected.

“I Need Your Love So Bad,” first recorded by Little Willie John, and written by his elder brother, Mertis, is a much covered blues selection. In choosing this song, Black went with the more soulful version a ‘la Ruby Johnson from the Volt label. The guitar work however, is nearly as impressive as the versions by Peter Green, or Gary Moore. Black’s voice comes across strong, without being overpowering, like an insistent whisper in our ears.

She takes us to church with a great cover of Otis Clay’s, “If I Could Reach Out (And Help Somebody).” Clay, a Blues Hall of Famer, who recorded the original at Hi Records Studio, was a soulful, R&B singer who was raised on Gospel music. As the daughter of a minister, Black relates on all points, making this a stand out cut.

Black’s songwriting chops come through on some extraordinary tracks. “The Blackest Cloud,” is a horn filled tune, with very creative lyrics. Describing her difficulties in keeping a sunny disposition ahead of non-stop depression storm, this one’s a bit of a rocker.

“Without You,” has a country music flavor, with a hint of Gospel. A nice nod to Nashville, where Black now calls home. “Let the Light In,” is another gospel tinged song, with a message of never giving in to the darkness that surrounds us. Hodges B3 is exquisite on this one, and Black dedicates it to Mavis Staples, as an anthem of hope. “We Got a Good Thing,” is a more light-hearted, classic sounding R&B ditty. It reminds us of those great summertime songs of years gone by.

The soulful, funky, “What Makes a Man,” the first single from Memphis, is surely a hit. Co-written by Black and Karen Leipziger, it’s a simple look at what makes a man…good. Being loving, generous, and kind, are the ingredients they both looked for, and found, in the men in their lives.

One particular song seems very out of place on this record. “Nineteen” is a truly haunting, acoustic ballad that deals with, of all things, the Vietnam war. “There’s no coming back from this one, the battle’s lost and the war is done. No preacher, prophet or holy son gonna wash that stain away,” speaks the chorus. There are times in life when we all do things that we wouldn’t normally do. Then, we must try and return to our normal lives, hoping the people around us understand. With its absolutely heart-wrenching music, and Black’s vivid imagery, this one is our choice for favorite song. It doesn’t quite fit with the rest of the offering, but we think that’s the point.

The closer Amy Black gets to “home base,” the better her music becomes. Memphis is for lovers of the old school, soul sound. It’s for a younger generation too, so they can hear for themselves, what all the hubbub has been about for 50+ years. Trust us when we say you want this one in your collection.