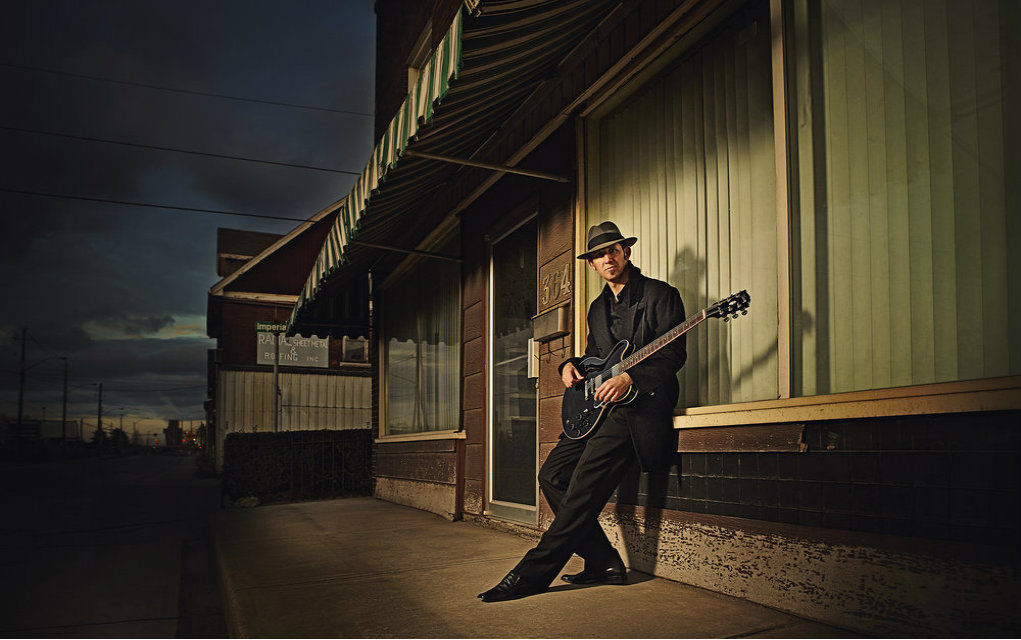 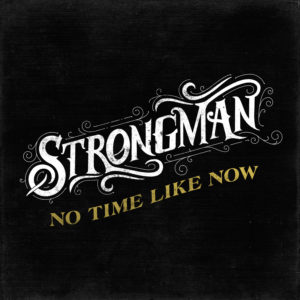 Steve Strongman is a multi-award winning, blues rock guitarist, singer and songwriter from Hamilton, Ontario, Canada. He’s been rocking since the 90s, and started recording electric blues ten years ago. His latest release, No Time Like Now, via Sonic Unyon Records is a tip of the hat to the artists who begat the genre.

When rock bands further electrified the Chicago blues sound, Windy City artists began giving it back. Howlin’ Wolf, Muddy Waters, and others recorded blues rock albums, but were still able to remain true to the roots of it all. The same can be said of Strongman. A true disciple of all things blues, he presents No Time Like Now as a sans apology tribute. “I think every artist owes it to themselves to continue to grow and explore new ground, while still holding onto the thing that made them want to play in the first place.” Strongman says. “This record does that for me. It’s exciting and honest.”

Exciting may be to weak a word to describe this record. Right out of the gate, the title track kicks off with a driving, acoustic, rhythm guitar. Layering in drums, bass, and a greasy lead, it had our heads bobbing before the vocals ever began. “Let’s get down to the lovin’.” Now he had our full attention.

One has to be a damned confident artist to kick off an album with the title track. Strongman is not only confident, he’s possessed. Compelling, and raw, he’s not just dusting off the blues, he’s throwing them out the museum’s front door, and right into our ear holes.

“Bring the Hammer Down,” is a perfect follow up. It’s a rocker to be sure, with his green bullet vocals adding just a touch of vintage. His guitar work is impeccable, and his backing musicians are, collectively, tight as a tourniquet.

On this session, Dave King, and Adam Warner are the masters of the clock. Their drumming leaves no doubt where the rhythm begins and ends. Bassists Rob Szabo, who co-wrote and produced the album, and Alec Fraser keep the bottom slick, and fervent. Keyboardist, Jesse O’Brien adds some great, funky fire to the mix.

Strongman runs the table on this one, bringing to light the various shades of blues. “Money in the Bank,” is a sweet ride, with it’s swampy slide, and one of the best lead riffs on the record. The guitar tones throughout the entire offering are top-notch. “Old School,” is another prime example. On this one, the guitar tones are faultless, with the addition of harmonica and jaw harp really taking us back.

Another stomper is, obviously, the cover of the BTO classic, “You Ain’t Seen Nothin’ Yet.” Strongman slows it down a bit, but the guitar work is absolutely filthy. A surprise guitar cameo from Randy Bachman takes this one to a whole other level. We also appreciate that they didn’t forget the cowbell, a staple of any early 70s rock. On the other end of the spectrum is the hand-clapping, gospel flavored, “Love, Love, Love.” The placement of this one, immediately following the Bachman cover, can’t possibly be an accident. C’mon, we need some salvation after being loved up by a devil woman after all.

No Time Like Now isn’t just a collection of rockers though. “Good Times,” is a gut-bucket tune that fits right in. “I’m a Man,” is a funky, soulful nod to “Mannish Boy,” with some nice falsetto vocals. Our choice for favorite is, “The Day They Carry Me Away.” A stripped bare ballad, it’s the longest song on the album, by a good two minutes. The emotion that Strongman shares with both his vocals, and guitar, left us right where we should be…wanting more.

On this, his sixth album, Steve Strongman has again brought the goods. No Time Like Now is tasteful, energetic, guitar driven, blues rock at some of its finest. A great example of how to keep the blues alive, he pays homage to the roots, while still driving the genre forward.