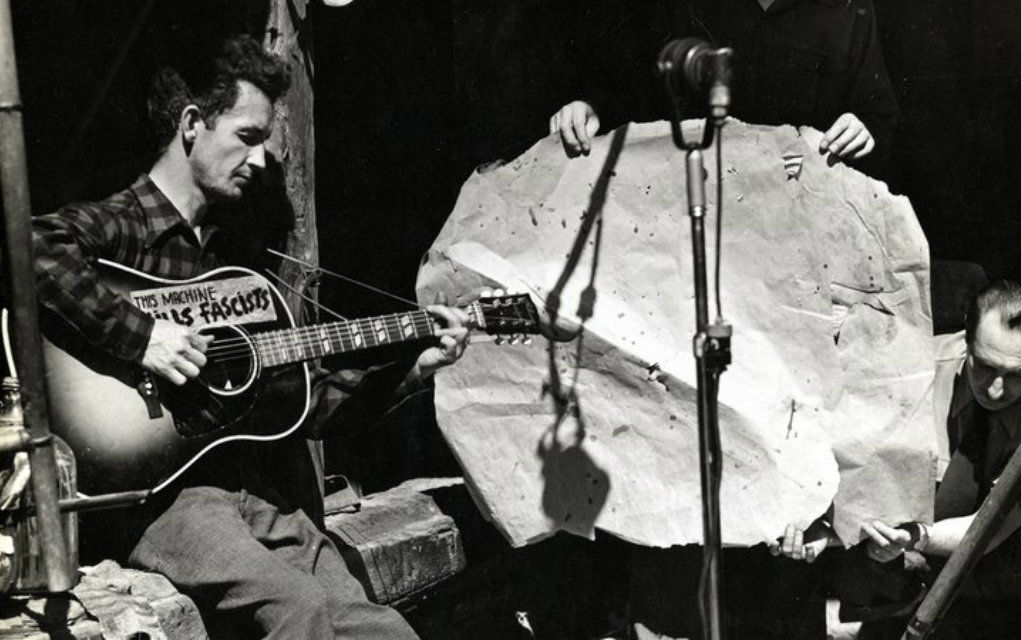 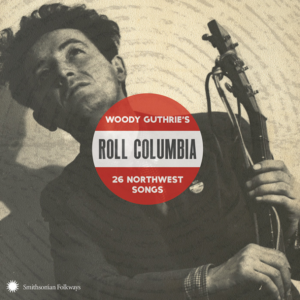 Smithsonian Folkways and The Rhapsody Project present the official release concert for Roll Columbia: Woody Guthrie’s 26 Northwest Songs. The concert will take place at Portland’s Alberta Rose Theatre on Friday, July 14th, which would have been Woody’s 105th birthday.

The concert, which will feature many of the artists who appeared on Roll Columbia, will highlight the songs Guthrie wrote in Portland during the spring of 1941 when he was hired by the Bonneville Power Administration (BPA). The 26 songs he penned over 30 days included some of his best-known work: “Pastures of Plenty,” “Hard Travelin’,” and “Roll On, Columbia, Roll On,” which later became the state folk song of Washington.

The BPA, a New Deal-era public works agency created in 1937, commissioned Guthrie to write the series of songs to help promote the benefits of dams being constructed along the Columbia River. Renowned ethnomusicologist Alan Lomax had recommended Guthrie for the project, and Guthrie moved from California to Portland, being paid little more than $10 a song for his month’s work.

The two-disc Roll Columbia is the first set ever to include all 26 songs Guthrie wrote during his prolific month spent working for the BPA, including nine that had never been previously released. American Songwriter calls Roll Columbia “a beautifully realized and important tribute to Guthrie and his work during this brief but influential creative stretch.”

Artists performing at the album-release concert include Northwest roots music duo Ben Hunter and Joe Seamons, the founders of The Rhapsody Project. Just as they did for Roll Columbia, Seamons and folklorist and former BPA employee Bill Murlin enlisted a cross-generational mix of musicians with ties to the Pacific Northwest, among them Annalisa Tornfelt & the Tornfelt Sisters, Orville Johnson, Jon Neufeld of the Portland-based folk group Black Prairie, Timberbound and Carl Allen.

Smithsonian Folkways’ connection to Guthrie dates to the early 1940s when Folkways founder Moses Asch started releasing his work. Guthrie became one of Folkways’ foundational figures, and the label remains home to many of his most famous recordings.

The Alberta Rose Theatre, by the way, was a movie house during the time Guthrie lived in Portland. Tickets for the 8 p.m. concert are $18 in advance, $22 at the door. Minors may attend when accompanied by a parent or guardian.