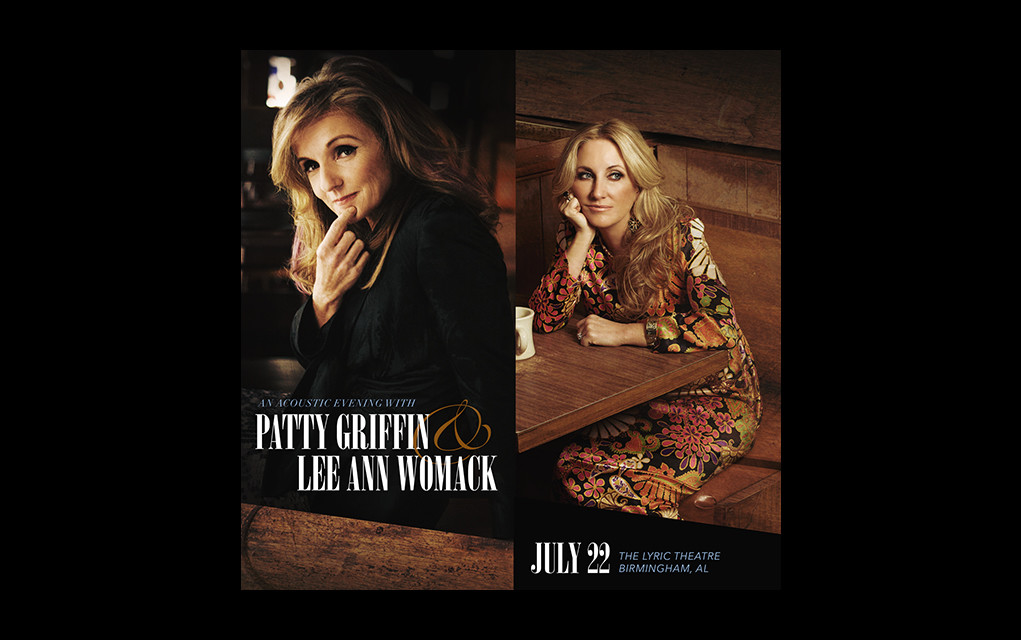 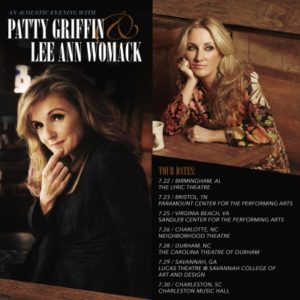 GRAMMY Award-winners, friends and collaborators Lee Ann Womack and Patty Griffin are teaming up for a 7-date tour this July. The co-headlined bill, titled “An Acoustic Evening with Patty Griffin & Lee Ann Womack” promises a rare and rousing night of music performed by two of the most esteemed singers and songwriters in American music. Each night, Lee Ann and Patty will play their own sets and share the stage for special duet performances.

Known for her stunningly “shimmering” (NPR) voice, progressive traditionalist Lee Ann Womack has sung for multiple Presidents, performed award-winning duets with everyone from Willie Nelson to John Legend, and much more. Lee Ann has built a career on songs that slice life wide open to let the pain and desire pour out; her music is the ultimate form of connection, unvarnished and true.

Patty Griffin has proven herself a writer of uncommon perception, with a genius for character-driven storytelling. Her characteristically expressive voice blurs the lines between the personal, the spiritual and the political. Her potent songwriting has been covered by Emmylou Harris, The Dixie Chicks, Joan Baez, Bette Midler and many others.