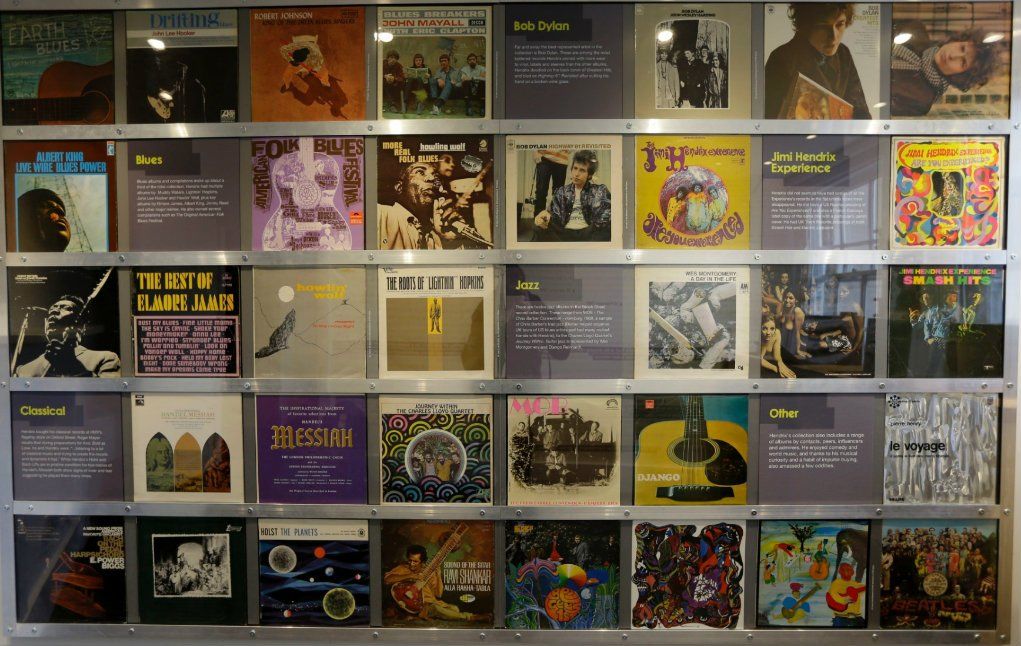 Music on vinyl records has been making a comeback for several years. Audiophiles, collectors, and purists love the warm sound of their favorite artists on the classic format. As long as records have been made, people have been collecting them. Be they LPs, 45s, or the “big 10 inch” 78s of old, there’s a niche for almost everything, including picture discs.

Picture discs are exactly what the title implies. Graphics or images are incorporated onto the vinyl itself. Extremely popular in the 1970s, picture discs go back much further, and thanks to events like Record Store Day, several labels are releasing, or in many cases, re-releasing, great albums on picture disc, usually in limited quantities. The releases may cost no more than the price on regular, black vinyl. Depending on the title or availability however, the can run into the hundreds of dollars. Remember that although aesthetically pleasing, the sound quality is diminished due to the manufacturing process. We found a few of our favorites to illustrate our point.

Recorded in 1946, These 10″, 78 rpm discs were created by Sav-Way Industries, and released under the Vogue title. Some Vogue discs, depending on condition and rarity, can reach into the $5,000 range. This one however, was the first such picture disc from the company, and is valued between $30 and $40.

This was a limited edition, 1984 release on the Epic Records label. Vaughan’s second studio album, John Hammond was the executive producer, and Jimmie Vaughan appears on two tracks. The first track, “Tin Pan Alley,” was done in one take. The picture disc was withdrawn by the label, making it particularly rare today.

Originally released in early 2009, this is Bonamassa’s 7th studio album. It received rave reviews, climbing to #1 on the Billboard Blues Charts. A combination of original songs, and covers by artists such as Ike and Tina Turner, Sam Brown, and Tony Joe White, the picture disc is actually an import, released in 2014. Still a very popular record, the picture disc version is available through most record outlets.

This picture disc was released in 2012 by the independent label, Cleopatra Records. It contains 12 tracks of both electric and acoustic studio recordings by the “The Hook.” Some of the classic tracks include “Goin’ On Highway 51,” “Whistlin’ and Moaning Blues,” “Never Satisfied,” “Notoriety Woman,” and, of course, “Boogie Chillen.”

Another Cleopatra release, I’m a Man – Live ’84 is listed as an “unofficial” release on their Goldenlane imprint. We can only take that to mean it is a bootleg version of some of Diddley’s best, recorded live. A limited edition release in 2012, tracks include “Doctor Jekyll,” “You Can’t Judge a Book,” “Roadrunner,” and “I’m a Man.”

A compilation album released by Columbia Records in 1961, this album, recorded in mono, became a world-wide hit. Containing 16 total tracks from Johnson’s 1936 and 1937 Texas sessions, it includes five unreleased alternate takes, and three previously unreleased tracks. This is the album that inspired Eric Clapton, and became the first LP inducted into the Blues Hall of Fame. In January of this year, it came to us as a reissue, European import, pic-disc on the Dol label.

Step Back was issued as a picture disc on the Megaforce label for “Black Friday” Record Store Day in 2014. The original album, released in September of that year, won the Grammy for Best Blues Album, and the BMA for Best Rock Blues Album, both in 2015. Winter’s last record, it was released posthumously, and includes 13 classic covers, with a guest list of Ben Harper, Eric Clapton, Paul Nelson, Billy Gibbons, Jason Ricci, and Dr. John to name just a few.

Originally released in 1981 as Kings of the Boogie, by Unidisc Music, this album is primarily for die-hard Canned Heat fans. The original release was in January, and Bob “The Bear” Hite died in April. This record would be the last he recorded with the band. Alan “Blind Owl” Wilson had died a decade earlier, just weeks before Janis Joplin, and Jimi Hendrix, and Canned Heat had several different members coming through. The picture disc was released in 1982, by the German label, Happy Bird, with the exact same song list, but a different title.

Howlin’ Wolf – Moanin’ in the Moonlight

Another offering from the Russian Dol label, this is a 2015 limited edition reissue, on pic-disc, of the 1958 Chess Records classic. Originally recorded at Sun Records in Memphis, and Chess Studios in Chicago, it’s a collection of Wolf’s greatest singles up to that date. With a myriad of sidemen on the various recordings, it’s a who’s who of Chicago blues. Ike Turner, Otis Spann, Hubert Sumlin, and Willie Johnson are just a few of the artists that backed the big man on these 12 incredible songs. As a collector, the picture disc is ok, but as a listener, we suggest getting a black vinyl copy.

Our final suggestion is from the “Man in Black.” Johnny Cash and the Tennessee Two (Luther Perkins – guitar; Marshall Grant – bass) originally recorded for Sun Records in Memphis. This was their first studio album, release in 1957, with recordings that had been done since 1954. “I Walk the Line,” “Cry, Cry, Cry,” and “Folsom Prison Blues,” are all present with nine more tracks as well. The picture disc is a reissue from the Getback label on 180 gram vinyl from 2005. Currently available on Amazon, prices range from $45 for a used copy, to $280 for a brand new one.