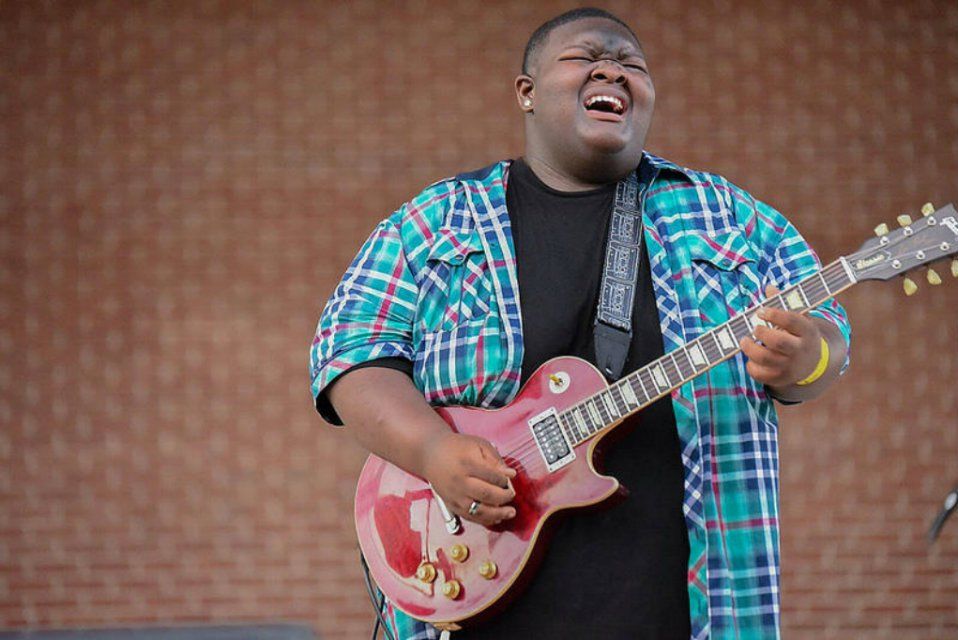 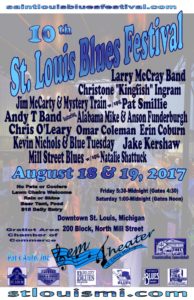 The 10th St. Louis Blues Festival kicks off this Friday, August 18th. Don’t let the name confuse you. This festival is the pride of St. Louis, Michigan, a city smack dab in the “middle of the mitten.” The two-day event is held in the 200 block of N. Mill Street, outside the Gem Theatre. This year’s Saturday night headliner is none other than 18 year old guitar wizard, Christone “Kingfish” Ingram.

A native of the Mississippi Delta, Ingram began playing drums at age six, bass at age nine and guitar at 11. Having recently graduated high school, he has already played at the White House, all over the US and in over six other nations. He’s shared the stage with iconic artists from Buddy Guy to Eric Gales. Ingram’s masterful guitar work has been sending shivers to concert goers for nearly half his life, and his vocals display a power and maturity far beyond his years.

Gem Theatre owner, Minard Shattuck, is the festival organizer. The theme for this year’s fest is taken from the George Jones classic, “Who’s Gonna Fill Their Shoes?” “We lost many respected blues musicians this last year and a half or so,” Shattuck said. “I wanted to show the blues are in good hands.”

Other up-and-comers performing this weekend include Friday festival opener, Jake Kershaw, who is a student at nearby Marshall High School, and 16 year old Erin Coburn, who takes the stage on Saturday afternoon. Other artists scheduled to appear include the Larry McCray Band, the Andy T Band featuring Alabama Mike and Anson Funderburgh, and Jim McCarty & Mystery Train with special guest Pat Smillie.

Tickets are $15 for each day and can be purchased at the gate, or, in advance, at the website below.