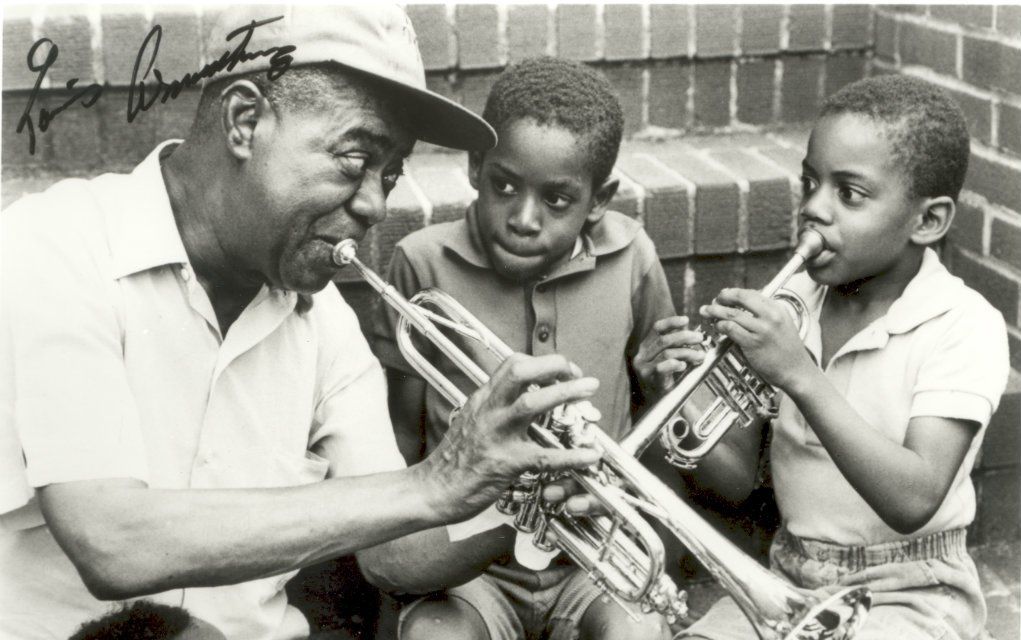 August 16th marked the 50th anniversary of when Louis Armstrong recorded his iconic cover of “What A Wonderful World.” Released as a single by ABC-Paramount on September 23rd, 1967, the jazz giant’s classic cover still serves as medicine for turbulent times.

The song held strong meaning for Armstrong, as he pictured himself singing “What a Wonderful World” for the children in his Corona, Queens neighborhood. Once primarily an African American neighborhood, Corona is now home to people of cultures from around the world. Armstrong’s cover still offers a peaceful representation of the most diverse country in the world.

“There’s so much in ‘Wonderful World’ that brings me back to my neighborhood where I live in Corona, New York,” Armstrong said in 1968. “Lucille and I, ever since we’re married, we’ve been right there in that block. And everybody keeps their little homes up like we do and it’s just like one big family. I saw three generations come up on that block. And they’re all with their children, grandchildren, they come back to see Uncle Satchmo and Aunt Lucille. That’s why I can say, ‘I hear babies cry/ I watch them grow/ they’ll learn much more/ then I’ll never know.’ And I can look at all them kids’s faces. And I got pictures of them when they was five, six and seven years old. So when they hand me this ‘Wonderful World,’ I didn’t look no further, that was it.”

The Louis Armstong House Museum, which opened in 2003 in Armstrong’s family home in Corona in Queens, is celebrating the 50th Anniversary of this famous recording with a special limited exhibition, “50 Years of ‘What A Wonderful World.'” At this exhibit, running now through October 16th, visitors can view many rare artifacts related to the original recording including rare photos from the original 1967 recording date, albums, sheet music, and news clippings. All these artifacts are pulled from the extensive Research Collections of the Louis Armstrong House Museum, the world’s largest archive for any jazz musician.

“Today, it is Armstrong’s most popular recording,” says Ricky Riccardi, Director of Research Collections at the Louis Armstrong House Museum and the world’s expert on Armstrong’s life and music. “The song has racked up millions of views on YouTube and regularly leading the jazz categories on streaming music such as Spotify and Apple Music. Other artists have covered ‘What a Wonderful World,’ but Louis Armstrong’s cover remains the most popular and memorable version.”

The museum has put together a video of a diverse cast of visitors singing along to “What a Wonderful World,” celebrating the song’s reach and impact across generations and cultures.

This anniversary also coincides with groundbreaking on a new Louis Armstrong House Museum Education Center, across the street from the Museum, scheduled to open in the Fall of 2019.