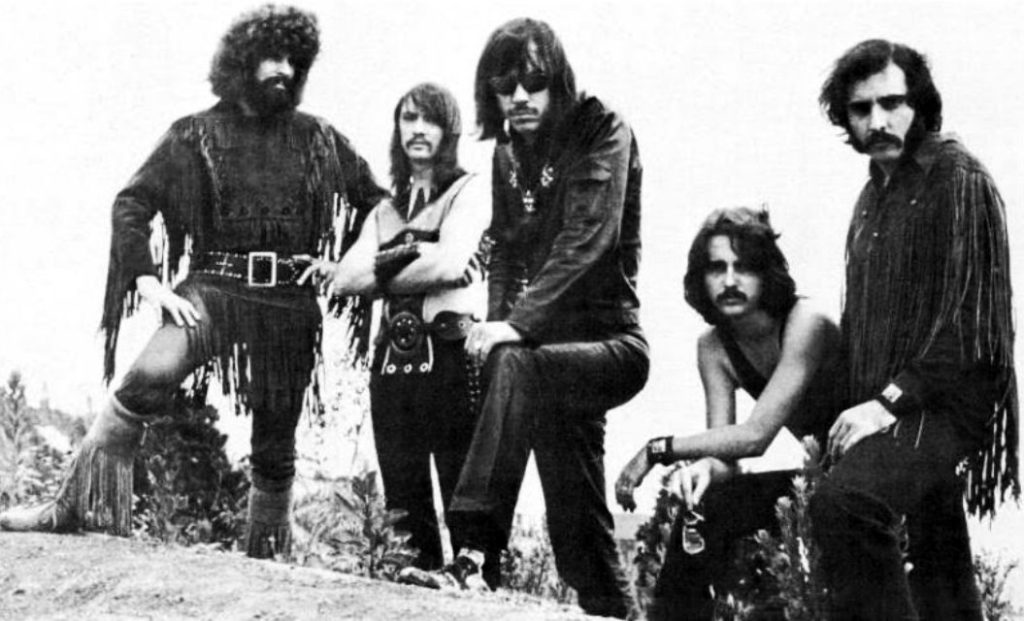 One of the founding fathers of the Canadian blues/acid rock band Steppenwolf, original keyboardist, Goldy McJohn has died at the age of 72. An announcement on his Facebook page reads, “Our hearts weep as we announce the passing of Goldy McJohn, Founding Father of Steppenwolf. Goldy suffered a sudden and fatal heart attack the morning of August 1st, 2017. The family thanks all of those who have protected their privacy leading up to this announcement while they dealt with this unexpected loss. Information regarding services will be announced as it becomes available.”

McJohn was born John Raymond Goadsby on May2nd, 1945 in Toronto, Ontario, Canada. A classically trained pianist, he began his musical career in 1964, with a local Toronto band, Little John & The Friars. Later that year, he became a member of the Mynah Birds, a band which also included Neil Young, and Rick James. In September, 1965, he joined fellow Toronto artists Jerry and Dennis (aka Mars Bonfire) Edmonton, Nick St. Nicholas, and John Kay in the group, The Sparrows. By the end of 1967, they had replaced Dennis Edmonton with Michael Monarch, and recruited bassist, Rushton Moreve to form Steppenwolf.

McJohn stayed with the band from its inception through the release of seven albums, including 1974’s Slow Flux. A pioneer in the early use of the Hammond B3 organ in rock and roll, McJohn’s iconic sound was the centerpiece of Steppenwolf classics including “Born to Be Wild,” and “Magic Carpet Ride.” His B3 wizardry was also a hallmark of some of the band’s great blues covers including “Hoochie Coochie Man,” “Forty Days and Forty Nights,” and the Don Covay/Steve Cropper penned R&B classic, “Sookie Sookie.”

After his departure from Steppenwolf in 1974, McJohn appeared in several incarnations of the band, beginning in 1977. He was also keyboardist in a reformation of Humble Pie, for a short time in 1982.

Living with his wife Sonja, in Western Washington, McJohn was scheduled to appear at a benefit show, honoring legendary drummer, Alvin Taylor (Little Richard, Jimi Hendrix), on September 1st in Indio, California. Long time friends Terry Ilous (Great White), and Harold Brown (War), are also scheduled to appear. McJohn’s Facebook statement reads, “It is at the very core of his wife, Sonja’s beliefs that Goldy would have wanted this show to go on. This concert, in full agreement of all participating, will now also stand as a tribute to Goldy and the indelible mark he has left on the world of Rock and Roll and the lives of all those who knew and loved him.”