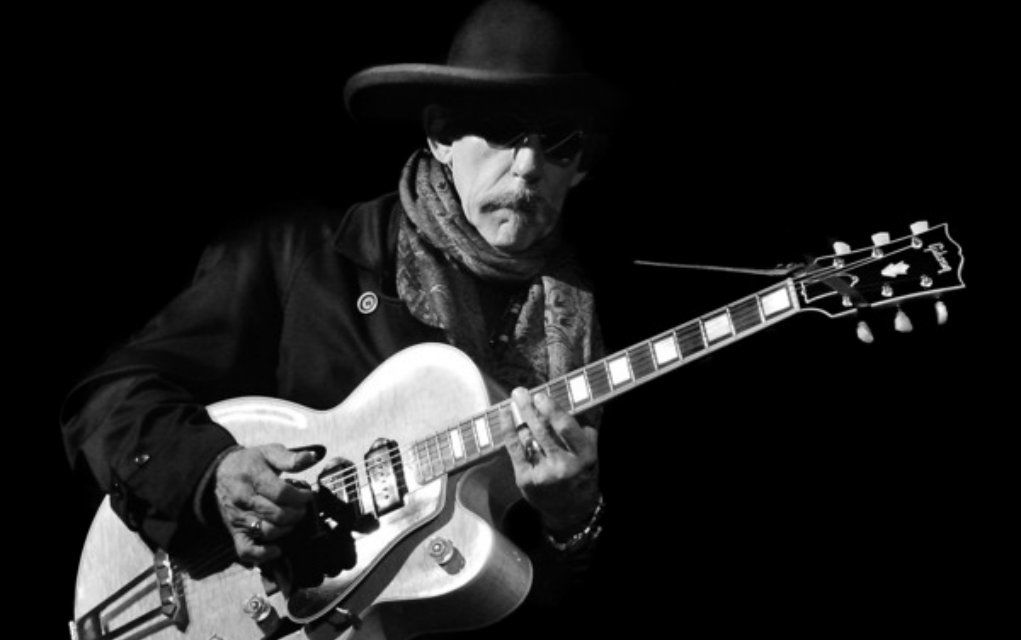 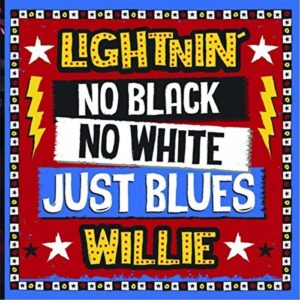 A blues nickname can sometimes be hard to live up to. Particularly when that name is Lightnin’. The very mention of the sobriquet conjures up images of swamp blues master Lightnin’ Slim, or, more often, Blues Hall of Famer, Lightnin’ Hopkins. Lightnin’ Willie lives up to the moniker, and then some. His latest release, No Black No White Just Blues, proves the point to the Nth degree.

A Texas-born musician, he’s played everywhere from the Royal Albert Hall to Willie Nelson’s 4th of July Picnic. With nearly three decades as a headliner, Willie made his bones on the Chitlin Circuit, barely out of his teens. Now releasing his 8th album, Lightnin’ Willie’s blues carry as much voltage as his name.

“Can’t Get That Stuff” kicks off No Black No White Just Blues with a swampy shuffle that reminds us of a cross between CCR and the Fabulous Thunderbirds. Doña Oxford’s piano is fantastic both in backing the track and with a ripping solo. Willie’s guitar is a rhythm tour-de-force that drips pure Texas, and with a voice like twelve miles of bad road, we were treated to a killer track straight out of the gate.

“Eyes in the Back of My Head” has a ’50s vibe that can’t be denied. Anderson’s harmonica is a sweet addition, and Willie’s guitar voices an early Ritchie Valens feel. “Locked in a Prison” slows it down nicely, with some sexy saxophone, and tinkling piano making this belly-rubber all the better. Band leaders, at times, plant themselves firmly in the limelight of each song. Not so with Willie, who shares even his guitar solo with Murphy’s piano and Dzubla’s sax. “Sad ‘N Blue” sounds like it would be a slow burner, but we were pleasantly surprised. With a Cajun sound, it quickly became one of our favorite tracks.

“Note On My Door” has a late-night Chicago club tone, probably influenced from his time hanging out with Muddy Waters some years ago. “Heartache” planted us somewhere in the Mexico, New Orleans, Caribbean triangle. That’s when it really hit home. Willie takes boundless influences and styles, and turns them into something purely his own. For someone who sports colorful cowboy shirts, a Doc Holliday mustache, and broad-brimmed, black hat, his music is so simple that it borders on genius.

From the classic ballad style of “Thinking of You,” to the soulful “Phone Stopped Ringing,” No Black No White Just Blues has something for everyone. We’re sure you’ve heard that before, but in this case it’s the Gospel truth.

Although a tough choice, our favorite track vote must go to the album’s closer, “Shake My Snake.” This is Texas blues. The kind that makes you shake whatever you got. It’s the song at the end of the night. The one just before the whole place screams, “One MORE!”

Lightnin’ Willie takes traditional blues narratives, and sets them to a groove that defies sitting still. His music dares you not to dance, and with ten original tracks, our only wish was that it lasted a bit longer. Do yourself a solid, and pick this one up.