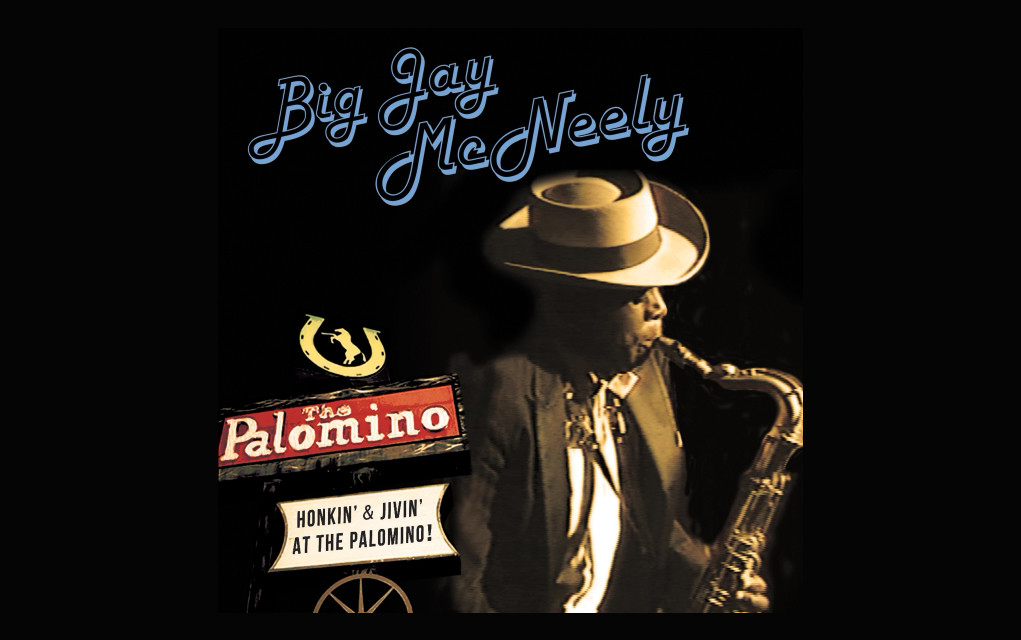 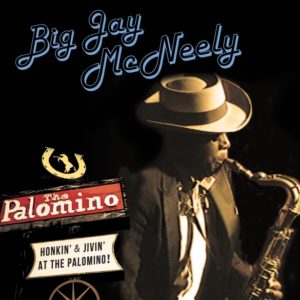 Los Angeles, CA – Hot on the heels of his blockbuster comeback album, Blowin’ Down The House – Big Jay’s Latest & Greatest, R&B vocalist and the King Of Honking Sax, Big Jay McNeely, announces this incredible concert recording from 1989 to be released in a multi-media package September 15. Honkin’ & Jivin’ At The Palomino features a killer concert performance put together as part of Ronnie Mack’s well-loved Barn Dance, a musical showcase that drew everyone from Bruce Springsteen to Screamin’ Jay Hawkins.

The set pulls from multiple decades of soul, pop, rock & R&B, here given a bit of the country swing and twang by the amazing Barn Dance band that includes Ronnie Mack himself! The video footage proves that Big Jay’s showmanship never diminished as he entreats and cajoles the audience to dance, sing and shout along with him through such barn-burners as “I Can’t Stop Loving You,” “All That Wine Is Gone,” “Pretty Girls Everywhere,” and Big Jay’s own smash hit single “There Is Something On Your Mind!” The DVD even includes a bonus interview with Big Jay speaking candidly about his long and influential career.

Big Jay McNeely’s incredible career began in the ‘40s and saw him play with several major R&B and blues legends of the late ‘40s and early ‘50s such as Little Richard, B.B. King, Etta James and Junior Wells. He scored his first major hit with the 1949 smash hit instrumental “Deacon’s Hop” and scored again with a R&B vocal ballad “There Is Something On Your Mind” featuring Little Sonny Warner. He pioneered the flamboyant playing style called “honking” and is widely acknowledged as one of the first musical entertainers to make showmanship an important element of the live concert experience. His music continues to be an important signifier for that early era, earning McNeely gigs at major festivals both here and abroad as well as having his music featured in the 2013 Sean Penn film Gangster Squad, and last year’s biopic Trumbo.

Track List:
1. Palomino Hop
2. I Can’t Stop Loving You
3. All That Wine Is Gone
4. There Is Something On Your Mind
5. Pretty Girls Everywhere
6. Honky Tonk
7. Young Girl Blues
8. Big Jay Shuffle