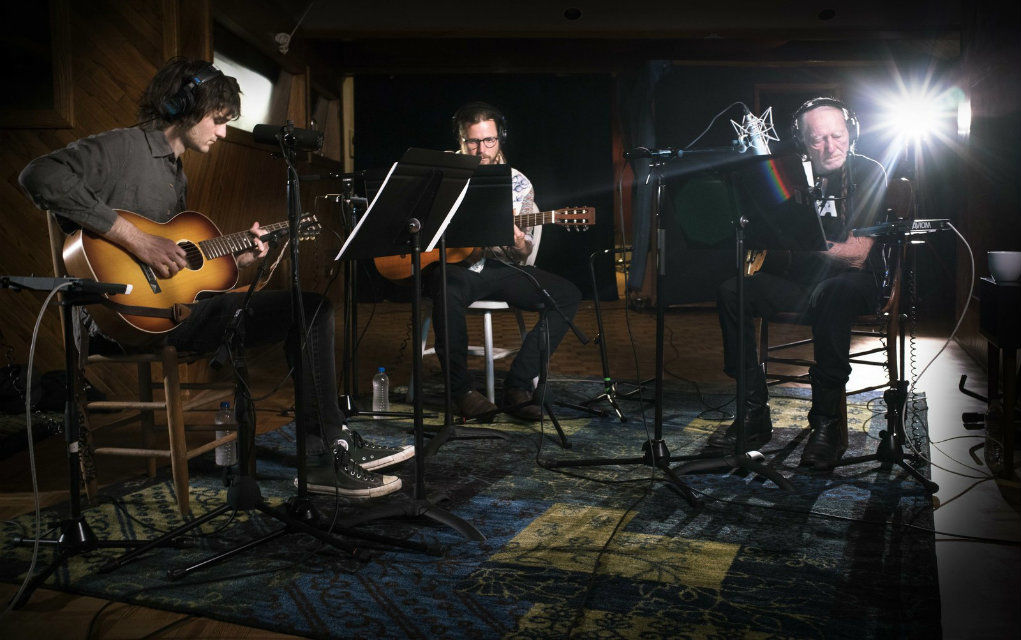 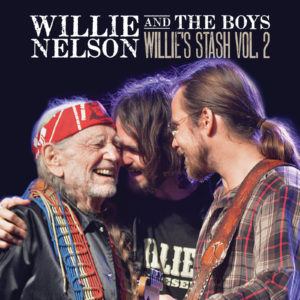 Following in the musical footsteps of 2014’s December Day, the first volume in the Willie‘s Stash series (featuring his Sister Bobbie), Willie Nelson and the Boys is another family collaboration. This time it showcases Nelson and sons, Lukas Nelson, and Micah Nelson, performing a selection of well-loved American country music standards and classics. Seven of the songs were penned by the immortal Hank Williams Sr.

Consisting mainly of studio recordings laid down during the extraordinary 2011 sessions for Heroes, Willie Nelson and the Boys (Willie’s Stash, Vol. 2) is produced by Nelson’s longtime friend and collaborator GRAMMY® winning Buddy Cannon, and recorded by Steve Chadie at Pedernales Recordings Studio in Austin, Texas.

According to Nelson, the album is “….kinda like the country version of Stardust. Where you have all these great songs and standards that the young people have never heard, then all of a sudden you have a whole new audience out there.”

“I really love the live element of this record,” said producer Cannon. “There was a fire in the studio during those sessions, especially on these particular tracks. It was as though the band was in a Nashville honky tonk and Willie and Lukas strolled in and jammed with the band for an hour. That’s what this record is. It’s honest excitement. I’ve never cut a record before that has this element. It’s a great joy to see Willie, Luke and Micah all equally part of a record that I love so much.”

Born in Austin, Texas and raised in Maui, singer/songwriter/guitarist Lukas Nelson entered the music scene as a youngster and, by the age of 13, had joined his father Willie Nelson’s band, touring as rhythm guitarist and honing the stagecraft that lead to his own career. Moving to Los Angeles, he launched in own ensemble, Lukas Nelson & Promise Of The Real (POTR) in 2008. POTR served as Neil Young’s back-up group on The Monsanto Years album and subsequent tour. Lukas and his father worked together on Willie’s 2012 Legacy album, Heroes, which featured a number of father-and-son vocal-and-guitar duets.

Micah Nelson has performed with a variety of artists at events including FarmAid, Neil Young’s Bridge-School Benefit, Desert Trip festival, Lightning in a Bottle, Coachella, and Bonnaroo Festival, as well as on TV shows such as Conan O’Brien, Jimmy Fallon, Jimmy Kimmel and more. Micah has been involved in the ensemble Insects vs. Robots, recorded and toured with Neil Young and made multi-instrumental contributions to the 21st century post-modern American rock band Promise Of The Real. Micah is currently the singer/songwriter/guitarist in his future-folk project Particle Kid.

Willie Nelson and the Boys (Willie’s Stash, Vol. 2) is the artist’s 10th release since signing to Legacy Recordings in 2012. His last Legacy album, God’s Problem Child, was released on April 28th, 2017 (the eve of Willie’s 84th birthday), and promptly entered the Billboard Country chart at #1, making it the artist’s second US country chart-topper in less than two years. Nelson’s 6th Legacy release, Django and Jimmie, an unforgettable musical collaboration with Merle Haggard, debuted at #1 on the Billboard Country chart in June 2015.