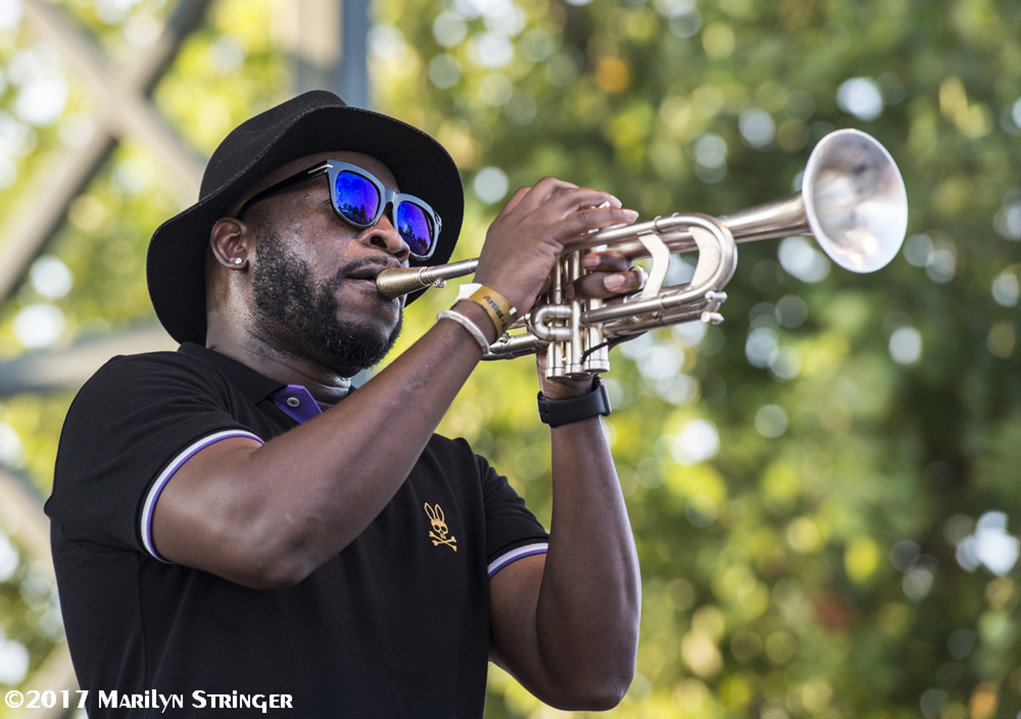 Helena, AR — The weather was perfect. Crowds were great. The anticipation was electric.

The first day of King Biscuit, Thursday, has only one stage with music, but it is always a thrilling day, filled with excitement. The first band Mississippi Bigfoot, is full of regional artists. They were followed by Legendary Pacers, (in memory of the late, great Sonny Burgess), a band that has been playing for 60 years out of Newport, AR. Regional artists the Sterling Billingsley Band were up next and they were joined again by Kim Reteguiz from Florida.

Chris O’Leary followed with his band and the crowd ate it up!

Rodney Block followed and he laid down some impressive lines with his horn; impressive indeed.

Next up was Joe Louis Walker, known for his energy and incredible tone, and he did not disappoint. He held the audience captive with his magic!

Finally, The Cajun Master of the Telecaster himself, Tab Benoit took the stage. He made it with 3 minutes to spare after his bus broke down three times on the way up and he got under the bus and fixed it himself. “You should see my elbow grease!” Benoit is a favorite at any festival and is always warmly received. Not a single person left the festival and they gave him a standing ovation at the end of his set.