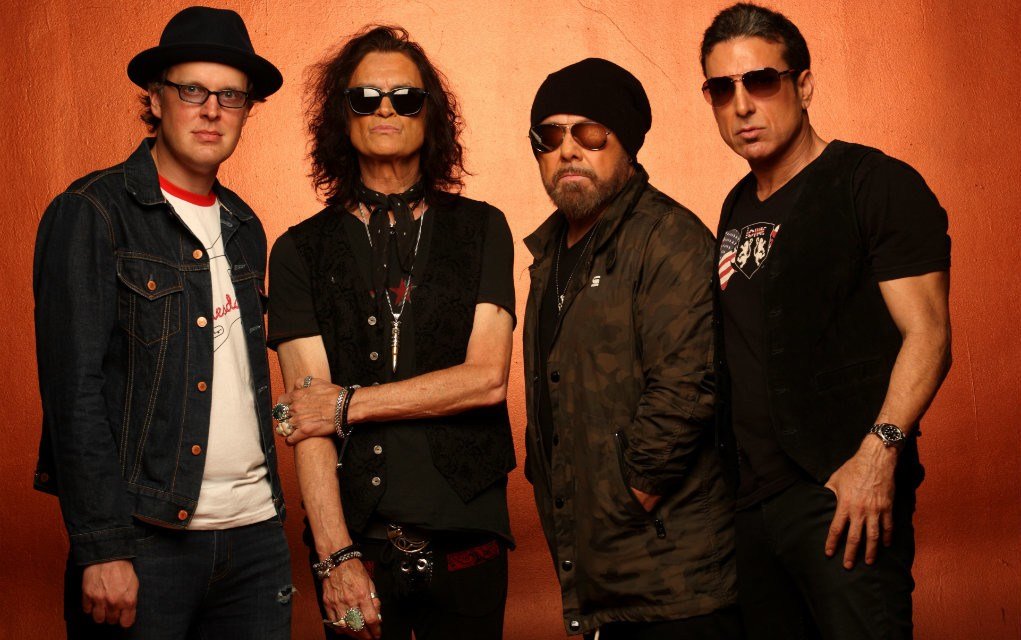 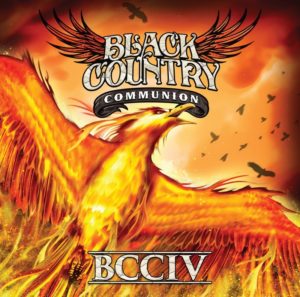 Every few years a supergroup comes into existence. An all-star band that brings together all the best of its individual members. In 2009, that group was Black Country Communion. An iconic combination of Anglo-American stars, they set out to prove that hard rock is alive and well.

After three successful studio releases and one smoldering live album, BCC now brings us BCCIV. Regardless of the age differences, Black Country Communion melds flawlessly into one another, becoming one entity, with one mind. Hughes, in his mid-sixties, hasn’t lost a lick of the industrial strength voice that places his name in a very select group. Bonamassa, by far the youngest in the group, shares song-writing duties, and brings his blistering guitar work, as well as a few surprises.

We knew enough to buckle up before we hit play. The opening cracks of Bonham’s snare on “Collide,” are the perfect intro to a Zeppelinish rocker that has Hughes’ vocals reaching for the rafters. With the musical uproar backing him, Glenn is dominant. “Over My Head” follows with a staccato backbeat and some impressive combined vocals. Bonham’s fills are well-timed without being over the top. Bonamassa’s lead comes in clean and uncomplicated.

The third track was a complete surprise. “The Last Song For My Resting Place,” begins with mandolin, broken by a couple of very heavy hits. The song is dedicated to Wallace Henry Hartley, the bandleader who played while the RMS Titanic sank in 1912. It tells Hartley’s story with Bonamassa taking the lead vocals, accompanied by the aforementioned mandolin and some sprightly Irish fiddle. There is enough heaviness in the track to give us the feeling of panic that surely surrounded Hartley and his band as they played their final gig. This one gets our vote for favorite track.

“Sway” comes in no-holds-barred with Bonamassa’s heavy rhythms complimented by Sherinian’s keys. It’s hard yes, yet glossy as well. “The Crow” kicks off with Hughes’ greasy bass licks, speeding into an all out, rock n roll affront, while “Awake” has some nicely placed funk in the mix.

Another mood-shifter is “The Cove.” Written by Hughes as his cause celebre anthem in defense of the endangered dolphins, BCC was able to create an actual aquatic vibe. His voice snowballs into a rage as the song progresses, and Bonamassa’s guitar soars to match. Another Hughes penned track, “Love Remains,” is a tribute to his departed parents. With that influence, we half expected more of a ballad. However, the love song from a son comes across in a more Sabbathesque way.

“Wanderlust” takes some of the edge off. With Sherinian on piano, it comes across more as some of the symphonic rock of the 70s. A piano greets us again on the album’s closer, “When the Morning Comes.” Not quite as orchestral as “Wanderlust,” it doesn’t have the hard core edge of most of the release. The addition of acoustic guitar, some southern style guitar harmonies, and spot-on vocal harmonies did make it an appreciable tune with which to cap off BCCIV.

If your personal listening habits lean toward the hard and heavy, BCCIV is certainly for you. All four of these individual superstars brought their A games, although it seems Joe left the blues at home this time around.

What do you think about this album, or this talented gathering of artists? Let us know in the comments.