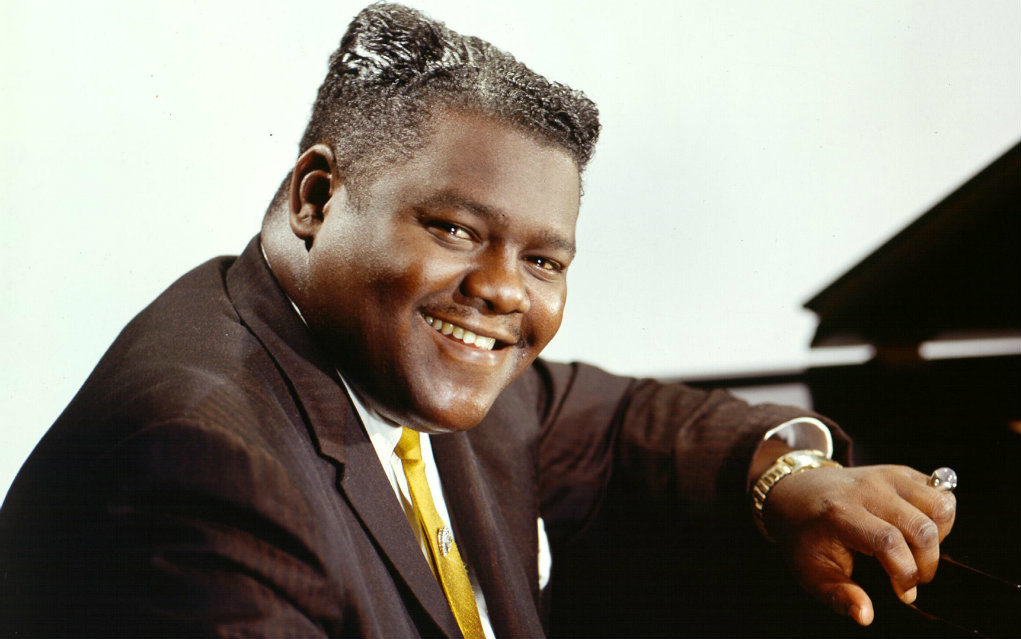 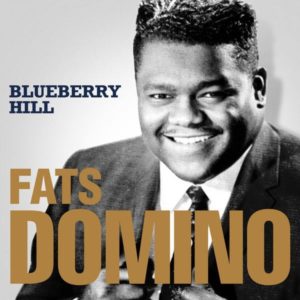 Born Antoine Domino, Jr. on February 26th, 1928 in New Orleans, Louisiana, Fats is one of the venerable pioneers of rock ‘n’ roll. The youngest child of a French Creole family, Domino learned piano from his brother-in-law, jazz guitarist Harrison Verrett. Influenced by artists including Albert Ammons, and Fats Waller, he performed for the first time in public at the age of 10. It was his first bandleader, Billy Diamond, some ten years later that gave him the nickname “Fats.” Diamond said it was because Domino reminded him of two other NOLA piano greats, Waller, and Fats Pichon. Domino also played, and wrote music with Dave Bartholomew for many years.

His first commercial recording, “The Fat Man,” sold over 1 million copies, making it, arguably, the first rock ‘n’ roll record to do so. Several other early singles followed, making the Top 10 on the R&B charts. Some of these included, “Every Night About This Time,” “Going Home,” “Going To The River,” and “The Girl I Love.”

In 1955, Domino was taking nearly everything he touched straight to number one. “Ain’t That a Shame,” “All By Myself,” “I’m in Love Again,” “Blueberry Hill,” “Blue Monday,” “I’m Walkin’,” “I Want To Walk You Home,” and “Walking To New Orleans,” shot up the charts over the next five years like a bullet train. During the course of his career, Domino had 37 Top 40 hits. “Blueberry Hill,” was his most successful, staying at #1 for eleven weeks and selling over five million copies in two years.

He continued recording for the next several years on various labels, and appeared in a few movies as well. After his 1986 induction into the Rock and Roll Hall of Fame, Domino decided to stay in his beloved New Orleans for good. He was making a comfortable royalty income, and tired of touring. He had a lavish home in the city’s Lower 9th Ward, and even a request from the White House couldn’t get him to leave. He did however, play various local events including the New Orleans Jazz & Heritage Festival on several occasions. 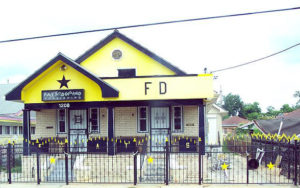 Hurricane Katrina decimated the 9th Ward, flooding homes to their rooftops. Since not even close relatives had heard from him in several days, he was assumed by many to be dead in the flooding. Domino, as it turns out, was rescued by a Coast Guard helicopter from his flooded home, but lost everything in the tragedy. An outpouring of help came from fans the world over, and storied Big Easy nightclub, Tipitina’s started a foundation for his family and the restoration of his home. To return the favor, Fats released the album, Alive and Kickin’, to support the Tipitina’s Foundation.

Please feel free to share your memories of Fats in the comments below.