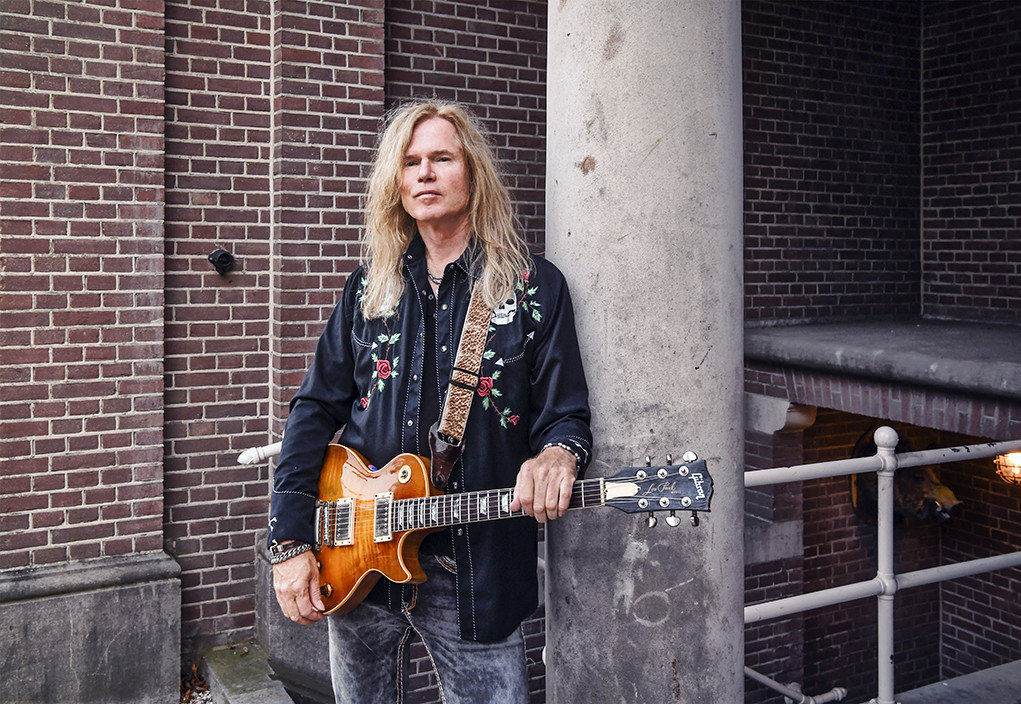 For rockers that were young and saw their supposed hey day in the ’80s, there have been two paths followed. One is to try to keep things going and when that doesn’t work, fade into the background. Another is to continue on the path and endure the feast and famine that is, and has always been the fickle music industry.

Did we say two paths? Our bad. What if there is a third option? If you are Adrian Vandenberg, there are always options and opportunities to explore music, and life’s journeys as well. Most are familiar with his work with David Coverdale and Whitesnake. After Whitesnake broke up, he would take part in various tours and lineups of the band. He would play in Manic Eden, and after that, he becane an airbrush artist of note. There were the protracted court battle(s) over using the name “Vandenberg,” with him eventually triumphing.

American Blues Scene spoke with Vandenberg about the new album, why he loves blues, a possible new acoustic album with David Coverdale, and more.

Barry Kerzner for American Blues Scene:  How are you?

Really good man. How are you?

It’s really good to speak to you.

It’s good to speak to a blues magazine. That’s been my life — it still is basically.

Been listening to your new album; I’m loving it!

Thanks, man, I appreciate it. As you’ll be able to tell, all my roots writing and playing are firmly grounded in the blues. I grew up — I’ve been a blues guy ever since I can remember. I got in touch with the blues indirectly with Clapton and Hendrix, Jeff Beck and Jimmy Page. As a kid, I read interviews with those guys, and they talked about Freddie King, Albert King, and Buddy Guy. I wanted to know what that was about so indirectly through my heroes I came in touch with their heroes.

For me, the kind of rock I enjoy always has very very strong connections to the blues because I’m not a metal kind of guy. I still listen very regularly to my Zeppelin stuff, Free, and Hendrix.

At the same time, Stevie Ray Vaughan is one of my huge heroes, and Freddie King, Albert King, and Buddy Guy. For me, the music I enjoy always has the soul of the blues in there whether it’s turned up, in the kind of rock I like, or whether it’s turned down like in Robert Johnson for instance.

What I liked about your particular brand of rock is that it skirts the Metal vein. There’s enough Metal in it to be interesting and enough rock in it to be rockin’, but the vocals aren’t as harsh as full blown Metal.

I know exactly what you mean. My favorite singers have always been the rock singers who are grounded in the blues. Whether it was Coverdale at his best, or Robert Plant, or Chris Robinson from Black Crowes. I also enjoy Stevie Ray’s vocals. It needs to have that bluesy twist. I’m totally not into grunting and screaming and the operatic type of rock.

You originally formed MoonKings in the later part of 2013, and there’s four of you in the group.

Including myself, yeah; bass drums vocals and guitars.

You have Christoffel on bass, Nijen-Es on drums…

And the singer is Jan Hoving.

You released your first MoonKings album in February of 2014.

Regarding the new album, MK II, you had said, “The fantastic response to our debut also gave us a major boost. We felt confident to loosen things up quite a bit.”

It’s great that it was so well received for you, no?

Yes. I didn’t expect anything. I wouldn’t have been surprised if people had thought ‘There’s this Vandenberg guy again after twelve years, and he’s only gonna make an album and disappear again.’ The opposite was true! It was just an incredible reception and what I was hoping for that people would appreciate the pureness and the organic-ness of the album, and they did.

People picked up on it because of its honesty. There was no bullshit; like on this album you hear a band play, and that’s it. No layers and layers of guitars and keyboards; just three guys and a vocalist.

When we had ten shows under our belt, I could really feel us getting tighter as a unit and to completely rely on each other. Basically, in a lineup like this, you’re bare-assed; just a bass, guitar and drums. The rhythm section is so good that I can… even if I leave a couple of chords off it still stands up. It gives me a lot of freedom to hang in there, and for them the same thing. We’re like a well-oiled machine by now, and I’m sure people can hear it on this album. It’s only getting better.

There are some things you might play the same, but there are other songs that have room within them to improvise, and you might stretch out more on those. You’re not playing jazz, but you’ve left enough space in there where the bass can change the melody up a bit, and you can do a different solo.

Yes, I agree. I’m so happy also. It’s obvious that the drummer and bass player are amazing players and the thing hits me every time with them is for a bass player he is so talented. He’s melodic and powerful at the same time. Sem has got an incredible feel for melody, so he makes interesting counter-melodies to the stuff that I do on the guitar. It’s always an adventure, you know?

And Sem and Mart have been playing together ever since they were fourteen, so they really really know each other to the bone. 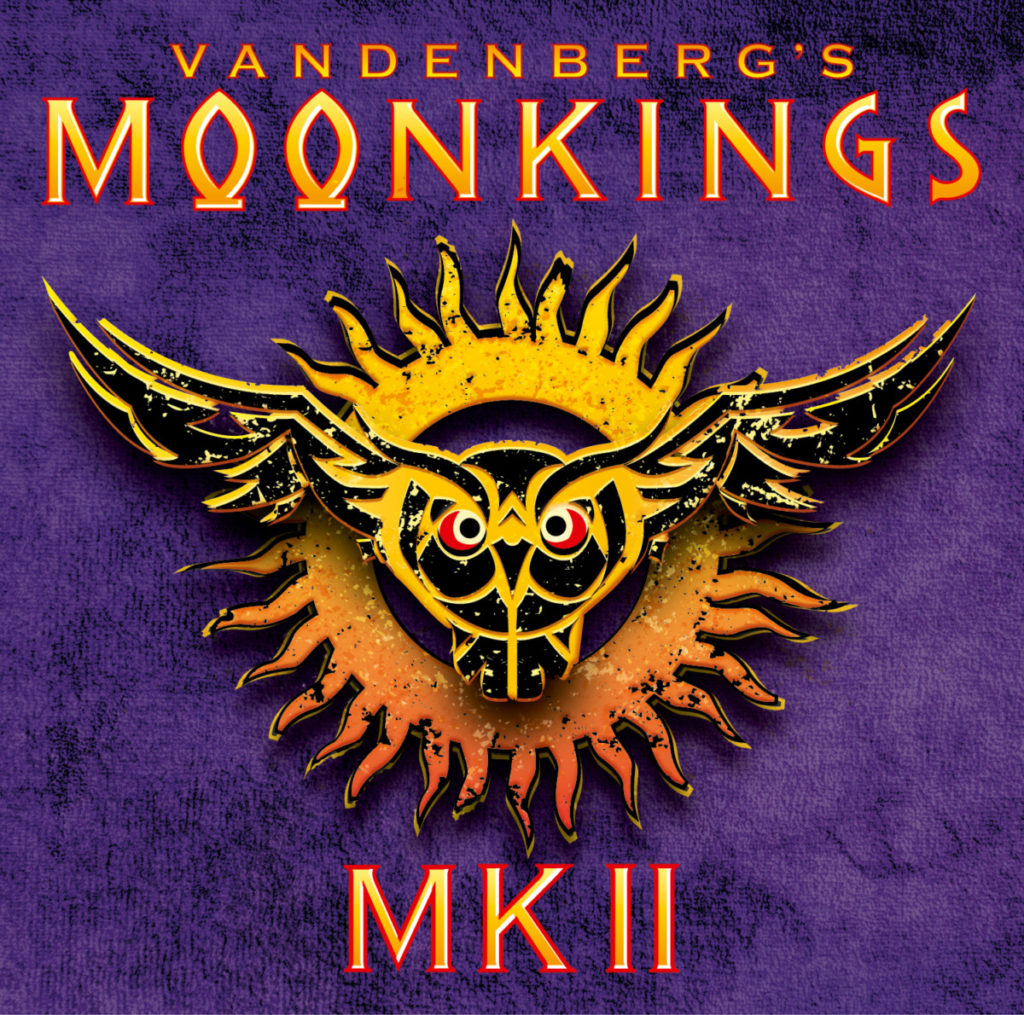 You were obviously very happy when this album, MK II, was completed. You said, “All in all, working on this album was a wonderful experience.” You even remarked that “The notorious ‘second album syndrome’ never reared its ugly head.”

Exactly. Yeah, yeah. It’s a bit of confidence too. One of the big advantages of my long career is that you learn each time. With all the ’80s stuff and the multi-million selling Whitesnake albums, there was so pressure always from record companies, A&R guys, and management or whatever. I started feeling a little confined in the ’80s as far as everybody involved trying to keep you on the rails, like in a certain confinement.

I don’t feel that at all anymore. Right now I just wanna play music that makes me feel good and comes out of me naturally. I have all the faith in the fact that if it excites me, then it will excite other people too. It’s a matter of having trust in your instincts and your intuition.

This label is all about letting you do your own thing.

Yeah, exactly! And that’s such a breeze. The first talk I had with Ed Van Zijl, the big boss, direct contact with him always, which is unusual for a record company. He’s a big guitar freak. The first talk I had with him, he said, ‘Adrian, I’ve followed your whole career, and you’ve never made a bad album in my opinion. So you just go ahead and make the album for us that you wanna make. Follow your own faith and instincts.’ That’s a breeze. It’s a breeze to do.

It takes a lot of weight off.

No one gets involved except me. In the studio, I produce my own records, and I record the songs that I want to record. I’m totally happy with it.

When I review albums, I mention the sound quality, the production, and the mix because, to me, that’s as much an instrument as vocals or guitar.

I mean, if you do a great album with a crappy mix where everyone doesn’t shine on the album, to me, that’s criminal.

It is because it’s a waste of the performance of all the musicians and the song-writing and everything.

Y’all did a great job on this album as far as the mix, and the engineering…

Thanks. Thanks very much.

Our generation grew up listening to good music through headphones, quad-headphones even. We didn’t have iPods. When you had time to yourself, and the needle was on the vinyl, you had headphones on, and you could hear everything.

So even now, when I listen to something, the sound quality and the mix is really important.

It is! Otherwise, you’ll shove past it. You buy a piece of music, and you like the songs, and you like the performance but it sounds like crap – it’s terrible. It’s like going to an expensive restaurant and getting a shitty, totally over-cooked of lamb’s ass on your plate for $60 or something.

With social media, a lot of the music recorded today has that compressed underwater quality to it. What a waste of talent that is. Not full-bodied at all.

It is. You wanna put on your headphones and feel like you are in the middle of the musicians on stage. No compression. Don’t cut off the bass like everybody does nowadays. There’s hardly any bass on the records from the last 20, 30 years.

You wanna hear everybody play and get the interaction between the musicians and a rich sound.

Yes! The richness is gone.

That’s what you’re paying money for.

What are your thoughts on how the industry has changed. What about “social media,” and streaming?

A more difficult thing is the popularity of things like Spotify because there’s so little money made for a record company it becomes almost impossible to finance a good recording, a good record, you know? I only want to make quality so I went way over budget with this one, with the budget that Mascot had in mind for me and I paid the difference myself because I can’t get myself to make a record below my own standards. I want it to sound really rich and deep, fat and dynamic. You need some good studios and good mixing equipment in to get all of that out of it.

No matter how the business changed, I’m only gonna make records when I can make this kind of quality.

Are you still in touch with David Coverdale, and are y’all ever gonna make that unplugged album you wanted to make?

Yeah, we’re still in touch, and we’re always talking about it. Sooner or later we will probably do that. Right now we are both really busy with our own bands, now would be the right time. We both assume that somewhere in the future we will do something together again.

It’s been a privilege and a pleasure speaking with you.

Likewise man. Thanks very much.