Annika Chambers Coming Out On Top 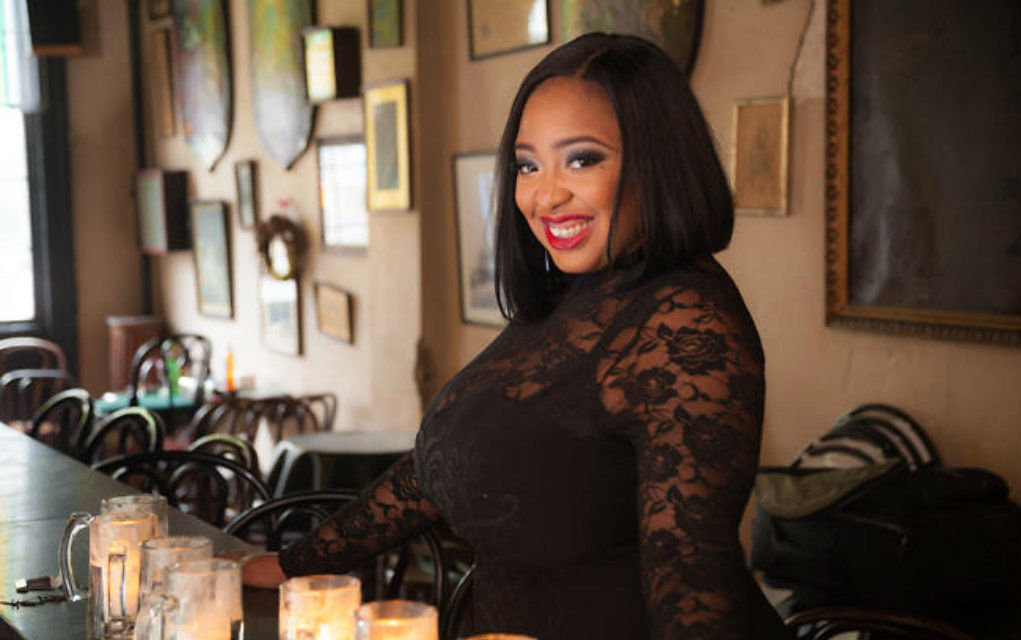 Soulful blues songstress Annika Chambers has led an interesting life. Chambers started out singing in Gospel choirs, served two enlistments in the US Army, and spent some time in jail. Today, she’s nominated for the Koko Taylor Award (Traditional Blues Female), for the second time, at the upcoming Blues Music Awards. She has two incredible albums under her belt and is working on a third. Festivals world-wide scramble to get Chambers on their line-up.

We recently caught Chambers’ live performance at the IBC in Memphis, and had a chance to talk with the Houston based high-priestess of soul blues.

When did you start singing blues?

I was in a Gospel choir during my first deployment in Kosovo, and this guitar player heard me. He said, I want to teach you about the blues. I grew up in the church, and my grandmother always had me involved with Gospel music. I never really heard anything else. So, when I heard the blues, I thought ok, I can feel this calling to me. Ever since then, I’ve really wanted to be a blues singer. I started digesting everything I could learn about the blues, and here we are today.

It’s a natural progression. I think that Gospel music is the religious side, and the blues is just the secular side of the same coin.

It was a little weird when I got this nomination. Only because I wasn’t aware that people saw me as traditional. In fact, I wasn’t aware I was even on the radar. Then my friends started sending me messages like, ‘congratulations girl, you did it again.’ I was like ‘did what?’ So I looked on line and saw the nomination. Wow.

Last year I didn’t have a publicist, or a radio campaign of any kind. I know people who put in a lot more work, and a lot more money behind publicity last year. I told myself, ‘OK Annika, whatever track you’re on, it’s the right one.’ I’m just doing what I’m meant to do and that’s spread the love around.

Any new projects in the works?

We have a new project we’re working on where we’re really trying to capture that original blues sound from Texas and Louisiana.

Arguably Louisiana is the birthplace of the blues.

You say you want to work on a more traditional blues sound with the new record. To someone who has never heard you, how would describe your sound now?

My sound now, I think, is a more modern or contemporary sound. Maybe like 1960s Aretha. I like to think of my sound as if Aretha Franklin, Tina Turner, and Koko Taylor had a baby. I actually combine all of those elements into one sound.

In truth, your Wild and Free album was amazing. Many times an artist’s sophomore release may drop below the energy of their debut a little bit. In retrospect, yours took two or three steps up.

I appreciate that. We really had the blues ‘wrecking crew’ on that record (guitarist Johnny Lee Schell, keyboard player Mike Finnigan, bassist Larry Fulcher and drummer Tony Braunagel). Working with those guys, and seeing how hard they played pushed me to step up. Everything they put out is amazing and it was an honor to work with them. And then with the new material, they’re saying, ‘this is really different from what you’ve done, but it’s still really good’.

I love coming back home and recording a record in Houston. There’s just some great musicians there.

Do you have a creative space in which you write the songs, and do you have a favorite spot to record?

Yeah, where we recorded my first record is just a house that has recording equipment in it. We didn’t have a lot of money for elegant studios. We just liked to hang out at that house like a family and record. As far as my writing, I’m kind of a moody writer. There are days when I may write five songs, and then other days there’s nothing. I do get a lot of inspiration on my walks. I walk a lot, and I always have something with me to make notes. You know women are moody like that.

I’m glad you said that. I could never utter those words in my house. Whatever it is, it seems to be working for you.

Yeah it really does. On this new record we’re putting more emphasis on my writing. Some new stuff, and some stuff that we want to re-invent. We’ll definitely have some surprises for you. We’re working on something very special that we think everyone will dig.

Is there a title for the new record yet?

Not set in stone, but I think it’s going to be called ‘Doing It My Way.’ I just feel like I’m grown up now with my music and I can do what I want. On my earlier releases there were a lot of people to please. This one is going to honor what I want to do. I’m at a place where I know what I want, so I’m going to do things my way.

On a personal note, what are you listening to these days?

In my player right now is some Adele. I love Adele. Some Amy Winehouse, and some old blues mixed with soul from the south like Angela Strehli. She used to sing with the Vaughan Brothers and is just amazing. Sometime when I’m recording I’ll go on and listen to them and try to steal some of their notes. I also listen to a lot of Aretha. She has always been my main vocal influence and I just love her voice. I also like some acoustic pop music like Sam Smith. I’m down with the blues thing, but if I were to become the American Adele, I’m totally not opposed to that.

Did your family have a large influence on your singing?

I didn’t really come from what I’d call a large family. My mother had me when she was very young, so I’m the eldest child, grandchild, and great-grandchild. My uncle was a singer, but my parents and my grandparents are not. With me, it just came out. For whatever reason, I was blessed with this voice. Nobody in my family really sang with me when I was coming up. Not even in church.

So you were able to take a blessing and put it to work.

Yeah, I realize it’s definitely something special. God has a plan for me, and I think this is what I’m meant to do.

Of all the places you’ve been, what are your favorites?

I would have to say at the top of my list is Lucerne, Switzerland. They were just so nice. Everything from the stage to the accommodations to the crew were top notch. They just treated us so well. The people there just love the blues, and they loved us. Also in Brazil, there’s such a young vibe at the festivals there. I really like to cater to the younger crowds, trying to teach them the blues. Anywhere there is a young vibe, and they dig what I do makes me very happy.

I always ask this question. Is there anything about Annika Chambers that people should know that they may not know already?

OK, people seem to think that I can just wake up and get on stage with no effort or help. The truth is, I get really, really nervous right before I go on stage. About 30 minutes before I go on, I’m a nervous wreck. I’m shaking, forgetting lyrics, and even vomit sometimes. But once the first note comes out, I calm down and find the vibe.

I’ve gotten better over the years. It used to be much worse. I’m sober now, so I try to meditate, and I always pray before I get on stage. It’s important to me to thank God for giving me these opportunities, because He really doesn’t have to. So I always make sure He knows I’m grateful, and that helps keep me centered as well.

Do you have memories of or stories with Annika Chambers? We’d love to read them in the comments below.