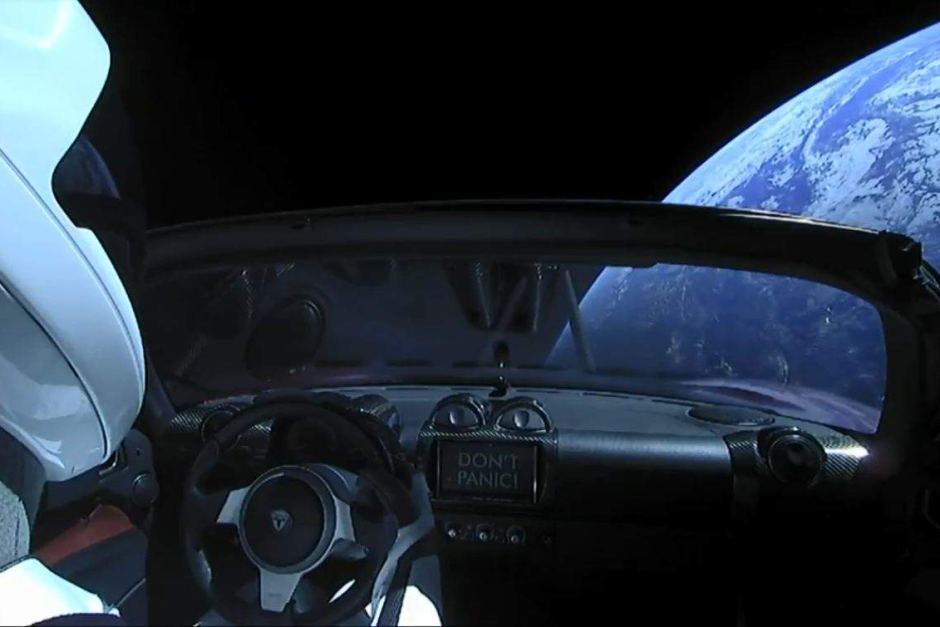 Tuesday, February 6th, 2018 will be remembered as the dawn of the new American Space Age, and David Bowie provided the soundtrack. This is the day that witnessed the successful launch of the SpaceX Falcon Heavy, the most powerful rocket in use today.

SpaceX, founded and nurtured by Elon Musk, launched the Falcon Heavy from Cape Canaveral, Florida. Goals for mission success included a flawless launch, proper separation of the two side rockets and the main rocket, and their safe landing back on Earth. The launch was indeed flawless, and the two side rockets landed simultaneously, parallel to each other near where they had launched.

The other goal of this mission was to deploy Musk’s personal cherry red Tesla Roadster towards Mars into an Earth-Mars orbit. The Roadster contains a “Starman,” dressed as an astronaut and sporting SpaceX’s new crew suit, as well as a data storage device with Isaac Asimov’s classic space trilogy. On the dashboard is the excitation, “Don’t Panic” from the Douglas Adams classic “Hitchhiker’s Guide to the Galaxy.”

As the red Roadster travels through space, an endless loop of David Bowie classics will play unabated. SpaceX employees get to tag along as there is a plaque attached with their names inscribed upon it.

With the successful launch of the Falcon Heavy, greater payloads than ever before will now be deployed enabling faster and more extensive development of assets and exploration in space with an eye towards returning to the Moon and journeying to Mars.