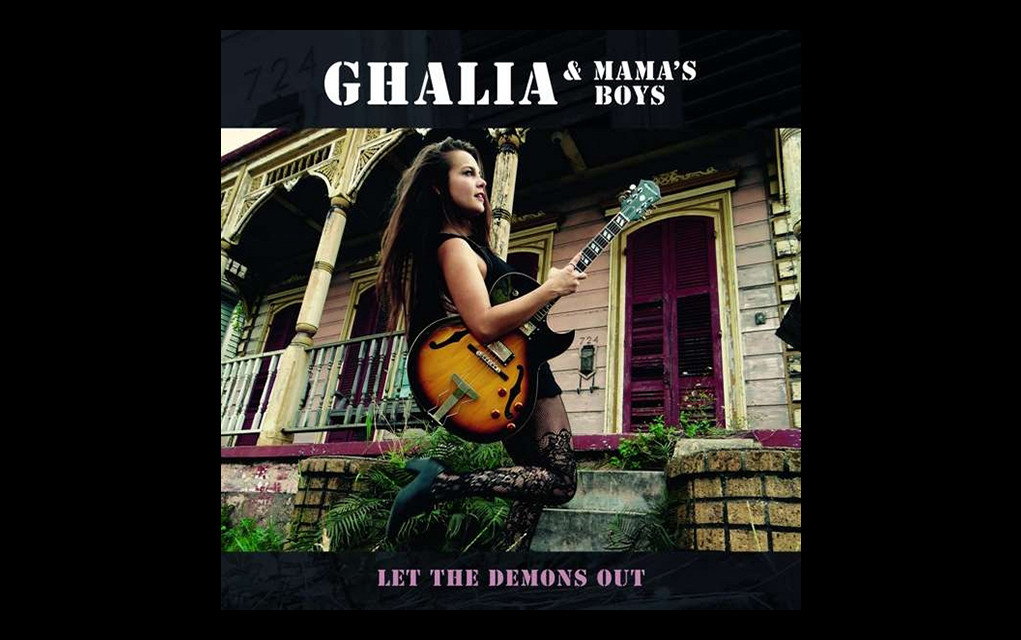 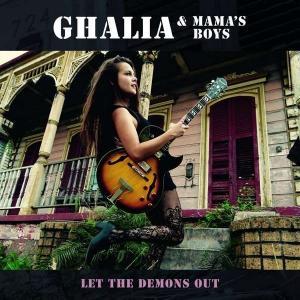 The tools of blues music, traditionally, are guitar, piano, and harmonica. Sure, you have the drums and bass, to keep the beat, but you use those three instruments to create the sound, and then, of course, someone sings over it all, preferably in a sad manner, as to most effective convey being blue. On Let the Demons Out, Ghalia and Mama’s Boys turn that model on its head creating some fascinating blues-inspired music using Ghalia’s voice as an instrument.

Ghalia Vauthier, singer/guitarist/front-woman, has an atypical voice. Where most people might think of a blueswoman as someone with a deep, rich, smoke-and-bourbon drenched voice like Sister Rosetta Tharpe, Vauthier has a higher, thinner voice, with just a hint of her Belgian accent (Is it French? Is it Dutch? It doesn’t matter – it just works). Her voice fits perfectly over the music, which is pretty straight-forward blues and blues-rock. Where Let the Demons Out gets interesting is how her voice fits over the music.

As the album progresses, Vauthier’s vocals get wilder, becoming less about words, and more about sounds, very much in the style of PJ Harvey. The best examples of this are in the last two songs. On “Hey Little Baby,” Vauthier growls and purrs over acoustic slide guitar and tinny, ethereal drums that sound like they could be in another room. Her voice becomes an instrument all by itself, changing blues rock into sexy blues art. She’s back at it again on “Hiccup Boogie,” which is literally a John Lee Hooker-via-ZZ Top boogie. Vauthier talks over the track, bringing a David Lee Roth vibe to the John Lee Hooker party. But as the song progresses, the speech turns to song and then to yelps and, as the title implies, eventually to hiccups. And it works, because Vauthier is taking familiar music and layering new and interesting sounds over it.

While Vauthier’s vocals are fascinating, the Mama’s Boys hold their own. On “Waiting,” they resurrect the Elmore James, “Dust My Broom” riff for a duet between Vauthier and harmonica player Johnny Mastro, who has a more traditional blues voice. Mastro’s excellent harmonica work is ever-present on the album. Drummer Rob Lee also does some nice work, using his cymbals as musical flourishes throughout the record, but perhaps to best effect on “Addiction,” a slow blues.

It’s always nice to see artists turn the blues on its head a little bit. Let the Demons Out oozes a love of and respect for the blues, but also manages to take advantage of Vauthier’s unusual blues voice and delivery. It makes for a record worth hearing.