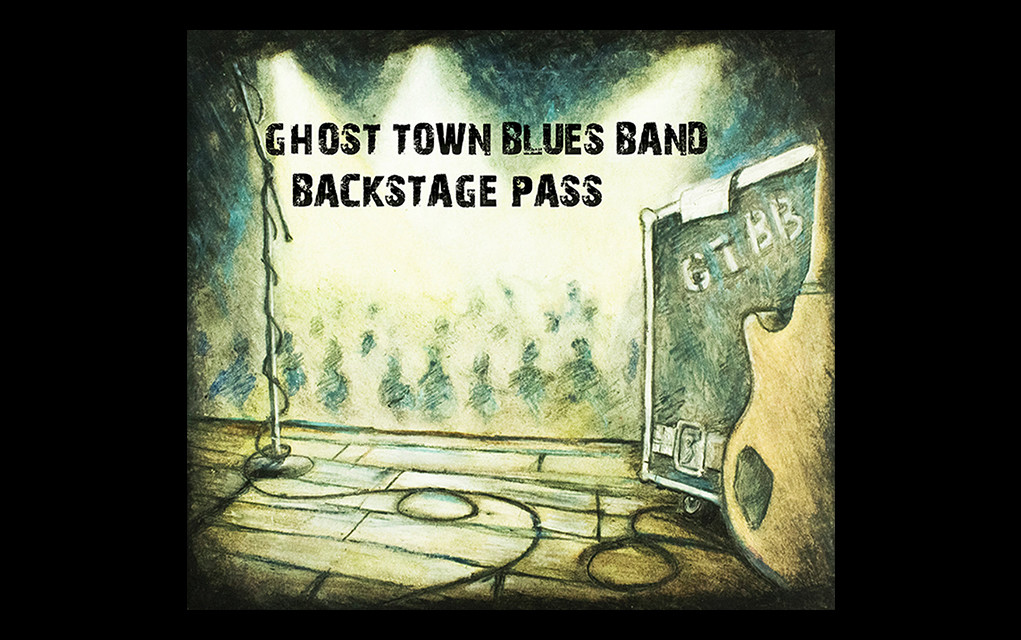 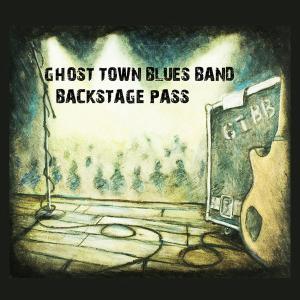 There’s something about a great bar band. The way they command not just the room, but the music, effortlessly reinventing beloved songs in a way that makes listeners remember they love the songs while simultaneous forgetting they’ve heard them before. There’s also something about a great horn section. The way the horns vibrate not just in the ear but through the entire body, making the listener feel the music physically and emotionally.

On Backstage Pass, Ghost Town Blues band taps into all of this, creating a live album that feels like a great night out, capturing the energy of a great band in a perfectly-sized club, willing the crowd into submission through talent and musical fluency.

The album begins with the Beatles’ “Come Together,” a bar band staple. Ghost Town Blues Band plays it as a blues boogie, the sax and trombone taking the lead with manic blasts, giving any ska band in the world a run for their money, but playing on the beat, rather than off it.

Where Ghost Town Blues Band shows its versatility and ingenuity is in the end of the track, where the band effortlessly segues into “Norwegian Wood,” another Beatles cover. It’s an unexpected move and by the time listeners wrap their ears around the move, Ghost Town Blues band is moving into a horn-led cover of Led Zepplin’s “Whole Lotta Love,” that eventually settles into a mashup of the two songs. Not many bands could pull that move off so adeptly, and it sets the tone of the album perfectly.

Backstage Pass is peppered with all sorts of nods and winks to classic songs, but all through the lens of their own horn-driven sound. “Tip of My Hat,” an original track features boogie piano over a “Mustang Sally” groove, but ends with the classic “Low Rider” riff. “Shine” begins with a riff right out of U2’s “Angel of Harlem.” Backstage Pass is all about showing the listener a good time, and these flashes of the familiar perk up the listener’s ear. Ghost Town Blues Band is not covering classic songs so much as they’re candidly sharing their inspirations.

The band shows its ability to twist and rework classics with its 16-minute cover of the Allman Brothers’ “Whipping Post.” Where the Allman’s go into the song full throttle, Ghost Town Blues Band reimagines it as a gentle funk that eventually, upon hitting the chorus, goes full-Allman, complete with harmony guitars from frontman/guitarist Matt Isbell and guitarist Taylor Orr. Organist Tim Stanek does an impressive job providing a B3 bed that would have made Gregg Allman proud.

The Allman Brothers make another appearance later in the album when, during their cover of George Porter, Jr’s “I Get High,” the guitarists liberally quote the “Blue Sky” solo (which goes into “You Can’t Always Get What You Want” which goes into “Walk on the Wild Side,” before going back into the original cover).

Anyone who’s ever walked into a random bar and wound up hearing an extraordinary band will love the energy of Backstage Pass. It’s got the jolt of a live show, but doesn’t hit you over the head with crowd noise and stage patter. Instead, the band just executes familiar music at an elite level. And best of all, unlike going to a random bar, you won’t have to worry about that creepy guy at the bar staring at your girlfriend.