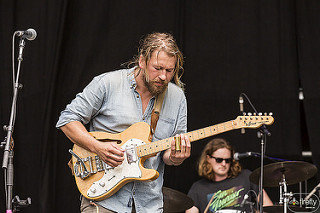 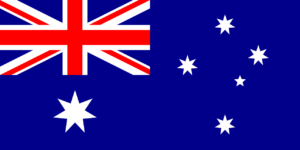 For as long as music has been around, people have been singing the blues. While the Americans get the mainstream recognition for having given the genre its legs to stand on, the blues don’t discriminate, and for decades the Aussies have been telling their stories too.

With heart, soul, and harmonicas in hand, these five bands from the land down under have been slogging along, playing with conviction and proving that the Australians know exactly how to play the blues.

Carson
In early 1970, on the mean streets of Melbourne, blues & boogie rock group Carson County Band was formed by Ian Ferguson on bass and vocals, and Greg “Sleepy” Lawrie, a slide guitar and Dobro aficionado. They were joined by Tony Lunt on drums, and Tony “Drunkbelly” Enery on keyboards. In October the group dropped the County Band from their name and simply went by Carson.

There was turnover within the band and later members included Mal Capewell on saxophone, Ian Winter on guitar, and Mal Logan on keyboards. Australian music icon Broderick Smith brought his hearty vocals and harp blowing to fruition with the band. Together, they managed to whip together a sound that is equal parts Albert King and Crocodile Dundee.

Their only studio LP Blown, was released in 1972. Their live album On the Air was released in April 1973 and had been taken from their set at the second Sunbury Pop Festival in January that year. They also released three singles: “On the Highway” in 1970, “Travelling South” in 1971, and “Boogie” in 1972. The group disbanded in 1973.

Carson represented primitive Aussie blues in all its glory, and Blown is a must hear for any fan of Australian blues at its grassroots. Carson truly is Australia’s best-kept secret.

Hat Fitz and Cara
For the better part of the last decade, couple duo Hat Fitz and Cara have been taking the Australian blues circuit by storm. With hints of Susan Tedeschi, and a seemingly small gospel choir living inside her, the blues singing, washboard, flute, tin whistle, and drum playing frontwoman Cara, and her guitar playing, and singing partner Hat Fitz have been serving up a fresh take on folk, roots and Gospel blues.

A snazzy, high-spirited, and wildly entertaining pair who have mastered their art, and given Aussie blues a good name.

CHAIN
In 1968, Melbourne based blues group CHAIN was born, and they’ve been a defining link in Australia’s ever-evolving blues scene since. With longstanding members, front man Matt Taylor and guitarist Phil Manning, known for their ramblin’, harmonica soaked compositions, witty lyricism, and distinctively gritty vocals, they’ve influenced generations of blues lovers in both Aus and abroad, and remain the country’s best known blues group. CHAIN are the only blues band to have had a national number one hit, and are so adored down under that they have an annual music award named after them.

Foreday Riders
Celebrating 50 years as a band last August, The Foreday Riders have proven themselves to be the hardest working blues group in Australia. Through the years the Sydney band has experienced a number of line-up changes, but vocalist and harmonica player, Ron King, and his guitar playing blues brother Jeff King have been mainstays, making sure their home-grown, down under blues remains as harp heavy, and gloriously guitar filled as it was in 1967.

Teskey Brothers
The youngest band on the list, The Teskey Brothers, call Warrandyte, Melbourne, home and make music that is a direct throwback to the days of Stax. Their debut, self-produced LP, “Half Mile Harvest,” is a love letter to the Blues and Soul records they were raised on, and reached number one on Australia’s Aria Music Charts last year. Singer, guitar player and harp blower Josh Teskey is the group’s front man, and his warm, spirited vocals have been the talk of Australia’s music scene since the album’s release. The Teskey Brothers have proven that even in 2018, the Aussie blues are alive and thriving.