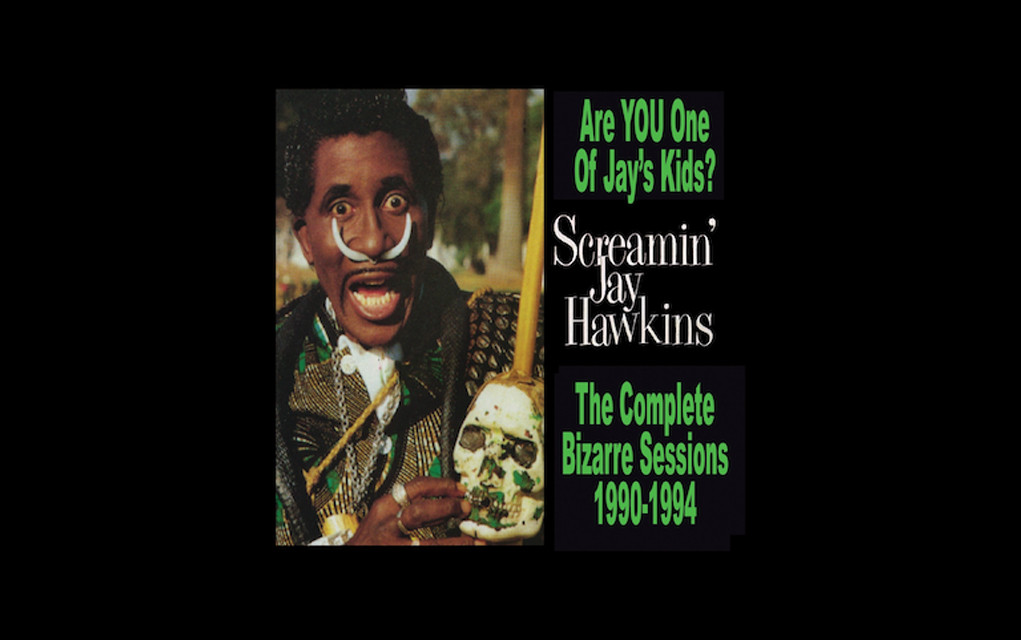 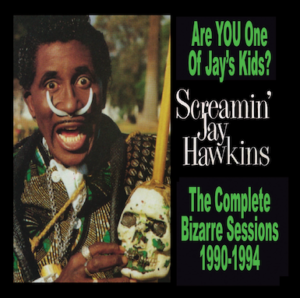 Bizarre Records will offer a new look at the ’90s material of Screamin’ Jay Hawkins with the CD collection Are YOU One of Jay’s Kids? due to drop on May 18th. This set brings together 44 tracks recorded by his producer and partner Robert Duffy, who also served as his manager.

Hawkins had recorded for several labels in the ’50s including Timely, Mercury, and Wing. He recorded his best-known song “I Put a Spell On You” for the Grand label, but they had not released it. Later re-recorded at an Okeh Records session, it became a cult classic and over time it has been recorded by dozens of artists. Everyone from Buddy Guy and CCR to Nina Simone and Annie Lennox has shown this enduring piece of music some love.

A rousing “dance version” of “I Put a Spell On You” appeared on the album Black Music for White People. Also on the album were a gregarious rendering of “Ol’ Man River,” the stout “Heart Attack and Vine” and Tom Waits’ “Ice Cream Man.”

Ever the showman, Hawkins would be carried onstage in a casket from which he would spring onto the stage, bone through his nose and perform “Little Demon,” “Feast of the Mau Mau,” and “Constipation Blues” for his enthralled audiences.

Bizarre’s Stone Crazy benefited from covers of Howlin’ Wolf, Willie Mabon, and Ray Charles material alongside originals like “Sherilyn Fenn.” The highlight of his final Bizarre release Somethin’ Funny Goin’ On was “Heart Attack and Vine,” which went on to enjoy success in the UK.

Along with a body of remarkable recordings, Hawkins left behind an abundance of illegitimate children estimated between 57 and 75, hence the title of this collection, Are YOU One of Jay’s Kids?

Hawkins’ sessions for Bizarre represent his last significant studio work. Listening to Are YOU One of Jay’s Kids? only serves to confirm the spell that Hawkins could cast over his audience.

Are YOU One of Jay’s Kids?  By Screamin’ Jay Hawkins