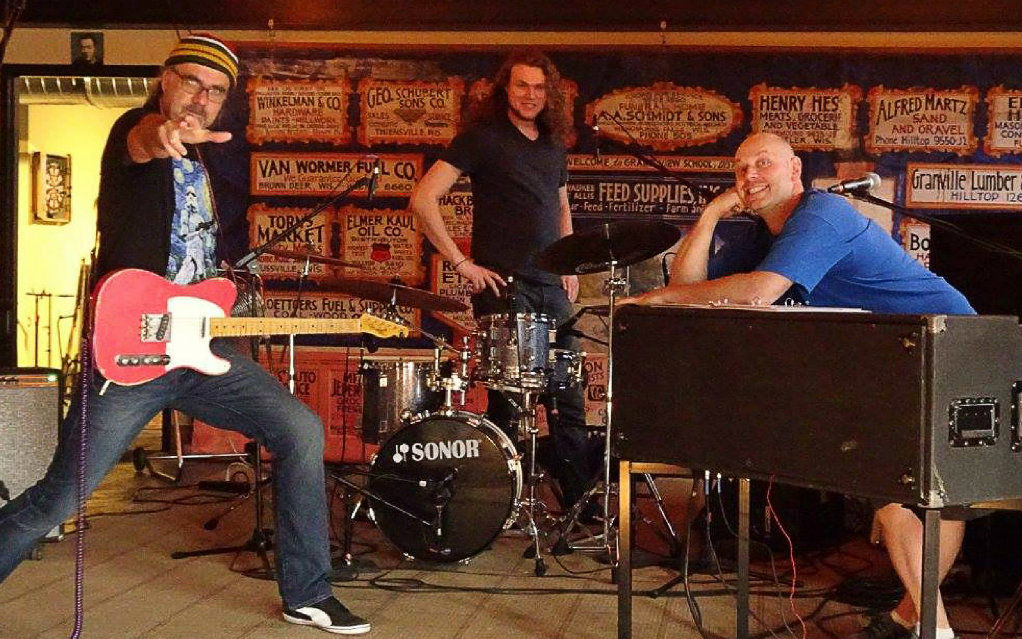 Sometimes the stars align, and sometimes they have a little help. Mascot Records has launched a new imprint, The Players Club, and has chosen as its first release, Toby Arrives by the Koch Marshall Trio.

The trio is made up of father/son pair Greg Koch on guitar and Dylan Koch on drums. The third leg of this instrumental fusion group is Toby Lee Marshall, the Hammond B-3 specialist who came out of retirement for this project.

It should be no surprise if the names sound familiar. The elder Koch is a multi-talented musician, video instructor and award-winning author who as been described as “scary good” on guitar by Joe Bonamassa. Dylan Koch has been a drummer since he could walk. Mentored by Tom Brechtlein (Chick Corea/Robben Ford), he’s performed with Tallan Noble Latz, Jared James Nichols, and hosts more. Marshall, originally a pianist, fell in love with the sound of the organ during a baseball game at the age of seven. Since then, he’s gigged with Lonnie Brooks and toured the world as a member of Bernard Allison‘s band.

The combination of these three artists struck gold the very first time they played together. The trio sat down for an extemporaneous jam session early last year. “So we went over there… the drums and B-3 were already set up and mic’ed,” recalls Greg Koch. “I sat down with my guitar and said, ‘Let’s just do a shuffle in G’. As soon as I heard it back, I said, ‘We’re releasing this’.”

Those very first notes they ever played together ended up being the title track to this release, “Toby Arrives.” Indeed a shuffle in G, totally unrehearsed, it brings the album to life straight out of the gate. The way Marshall jumped into his lead portion of the song is thing of beauty. Dylan keeps a steady, jazzy clock while his father and Marshall roam the spectrum from jazz to rock to blues.

All the songs on Toby Arrives are Greg Koch compositions, and most are jam-length. “Funk Meat” comes in with a guitar lick that resembles the swampy stylings of the late, great Jerry Reed. The song is country/funk hybrid that leaves us thinking the “meat” must be gator. This one gets our nod for project favorite.

“Heed the Boogaloo” comes in with an energy that will pack dance floors from coast to coast, and border to border. These musicians are nothing short of genius, and the way the play off each other is brilliant. Marshall keeps a heavy groove behind Koch’s 100 mph guitar licks, but when his solos come in they shine like diamonds. All the while, Dylan Koch is an unfailing timekeeper, able to fill in the tightest of breaks.

“Let’s Get Sinister” is jazz infused psychedelia. The longest track on the album is “Mysterioso,” clocking in at nearly 10 minutes, but you’d never know it. It’s one of those songs that seems to fly by, but stays with you long afterward. “Enter the Rats,” is straight boogie-woogie rapture.

More boogie follows on “Boogie Yourself Drade,” but this time it’s grittier, greasier, and somehow more Gospel-ish. Toby Arrives ends with “Sin Repent Repeat.” If there were any song on this album we wish were longer, it would be the finale. Koch’s slide work is impeccable.

It’s not that three master musicians have gathered together that make Toby Arrives great. It’s the interplay of the three. Without a single lyric, this album says more than most any other offering out there.