‘Tell the Truth’ From Lance Lopez Tells His Story 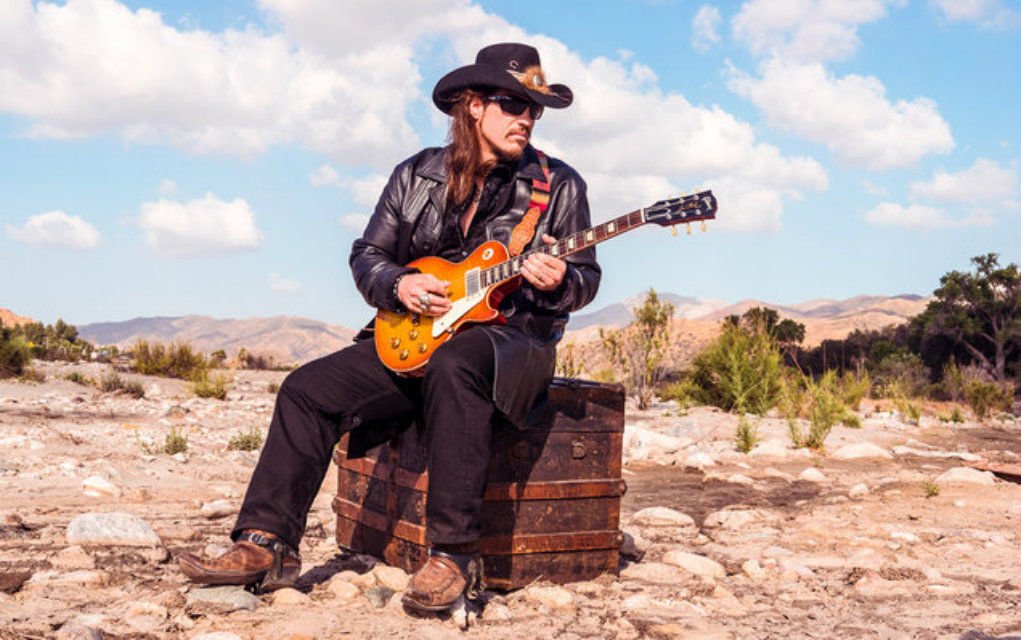 Louisiana born and Texas raised, Lance Lopez has been slinging a mean guitar since the age of 14. He signed with the Mascot Label Group in November of last year, and his debut album on the Provogue imprint, Tell the Truth, hit the streets on March 2nd.

Lopez was influenced by Jimi Hendrix, BB King, and Stevie Ray Vaughan. He’s been mentored by artists including Billy Gibbons and Johnny Winter. Blending the Delta sounds of the 20s with the British Invasion rock of the 60s, and slathering Deep Ellum all over the top has made him a venerable force.

Tell the Truth is both biographical and autobiographical. Some songs he wrote, and others were written both for, and about him. The result is a warts and all album of gritty, rock and roll, rooted in the blues. Produced by Supersonic Blues Machine band mate Fabrizio Grossi, Tell the Truth is big and bold, without being overly polished.

Having followed Lopez‘ music for some time, the opening track took us by surprise. “Never Came Easy,” begins with a strumming resonator guitar and character mic vocals. The opening line, “Nothing worth having ever came easy to me. The sweetest victories came within an inch of defeat,” should have clued us in.

The song progresses into a rattle your teeth bass lick and electric piano, with harmonica joining in on the third verse. Then, there it is. That storied Texas slide guitar that Lopez is most famous for. Although an acknowledged guitarist of the first order, Tell the Truth is much more than just a guitar heavy blues rock album. It is a full tilt Gulf pirate ship, with Lopez at the helm.

Lopez’ dirt road and smoke filled vocals are the perfect accompaniment to the no-holds-barred six string slinging throughout the release. From the amped up cover of John Lee Hooker’s “Mr. Lucky,” to the Southern double entendre of “Down to One Bar,” Lopez is pulling no punches. Tell the Truth is blue-collar, working man’s music. Speaking of Southern rock, the ABB meets Skynyrd guitar harmonies on “High Life,” took us back to the heyday of the Fillmore and Fox.

“Cash My Check” could very well be our favorite cut. It is surely a standout track with Lance singing straight up from his boots. He gives it everything he’s got and leaves us wanting more. Some electric Nashville comes into play on “The Real Deal,” and the country flavor continues with “Raise Some Hell.”

We haven’t heard talk box guitar in a while, but Lopez brings it on the funky “Angel Eyes of Blue.”  “Back on the Highway” revs up with Lopez’ slide guitar shifting gears as he sings about life on the road. The album slows with “Blue Moon Rising,” a Southern ballad that mixes all the best of the genre, with a Deep Ellum meets Austin vibe.

The title track closes the show, coming in hard and heavy as to not let us forget this is a Lance Lopez album. A rocker from the floor up, it’s the kind of song that demands an encore. Unfortunately it’s the final track, so the only way to get that reappearance is to play the album again. You guessed it. That’s just what we did.

Lopez has been working his way up to this release for a long time. It’s been a steady climb from the outlying NOLA bars where he got his start, to touring the world with legends of the genre. With Tell the Truth, Lance Lopez arrives at the very peak of the blues rock summit, and plants his flag.