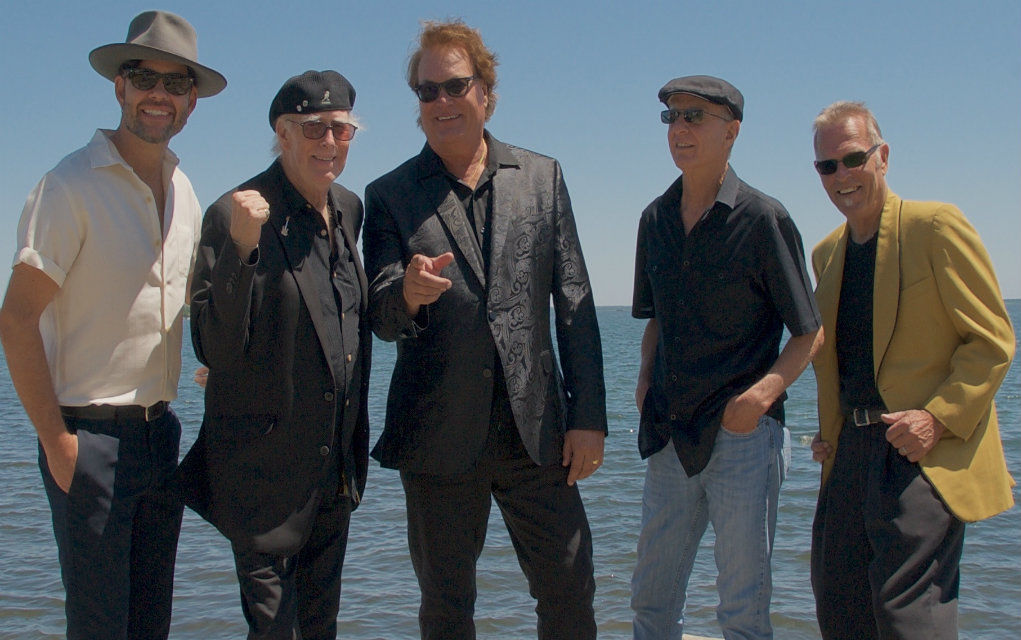 The release of a live album is always exciting. In the case of Make My Home in Florida, the Backtrack Blues Band doubles up on the excitement by including a DVD of the performance.

The Backtrack Blues Band values its Florida and Caribbean roots. The band was an early leader on the Florida blues scene in the 1980s, as one of the first authentic blues acts in the Tampa Bay area. Make My Home in Florida marks the group’s sixth album and reflects decades of musical experience from deep down south.

Make My Home in Florida was recorded and filmed at the historic Palladium Theatre in St. Petersburg, on January 6th, 2017. With the simple introduction, “How about a big welcome for the Backtrack Blues Band,” the group explodes into a raucous cover of Sonny Boy Williamson’s “Checkin’ On My Baby.”

With vocals and harmonica by Sonny Charles, it’s a great way to start the show. Charles is dressed in Sunshine State blues chic, complete with Wayfarer shades, looking every bit the seasoned bluesman he is. The rest of the band is made up of Kid Royal (lead guitar, vox), Little Johnny Walter (rhythm guitar, backup vox), Joe Bencomo (drums), and Jeff “Stick” Davis (bass).

Relaxed in front of the hometown crowd, the Backtrack boys make it seem effortless. Chicago harp blues mixed with some Texas flavored “Yeah”s a la Johnny Winter, set the crowd, and the band to dancing.

Charles introduces Kid Royal to the crowd, and let’s him lead off with a jazzy, Caribbean flavored version of B. B. King’s “Woke Up This Morning.” Just the mention of the the King is enough to get the attention of any blues audience, but Royal’s standout vocals and stellar guitar work get them really fired up. The rhythm changes into the second verse from something one would expect to hear in Nassau, to a full blown Kingston Mines Saturday night.

“Make My Home in Florida,” is the first original track in the show. A slow-dragger, heavy with Charles’ green bullet harmonica, it clocks in at nearly eight minutes. The blend of Chicago blues and Texas flavored guitar makes the band unique. They’ve been a force in the blues for over three decades, and the hometown audience shows them much love on this one.

The band goes back into cover mode for next three tunes. Royal breaks out with “T-Bone Shuffle,” providing both guitar and vocals. Influenced by the great Texas blues players, Royal even pays homage to Stevie Ray Vaughan with prismatic “KR” stickers on his well-worn Stratocaster.

Speaking of homage, Charles follow suit, as the band plays a version of Little Walter’s “Nobody But You.” It takes a lot of hutzpah to blow harp on a song like this, but Charles pulls it off magnificently. “Your Funeral and My Trial” is another blues harmonica master song that Sonny handles splendidly, sans bullet mic.

By this time, the audience has forgotten they even have seats, as they stay on their feet for the final three songs of the night. They are all originals, showing not only the groups musical talents, but Charles sense of humor as well.

“Heavy Built Woman” takes us back to the days of bluesmen singing the praises of those big-legged women with some old school call and response. “Shoot My Rooster” is the true story of a loud, feral rooster that hangs out at Charles’ home in St. John (no chickens were harmed in the writing of this song). The show winds up with the crowd pleasing, “Tell Your Daddy.”

Whether performing classic covers or original material, Backtrack Blues Band is the very definition of a show band. They’re at their best when performing live, and Make My Home in Florida proves it. A fun-loving live blues album, it should be in everyone’s library. We’re guessing most Floridians already have a copy.

Title: Make My Home in Florida