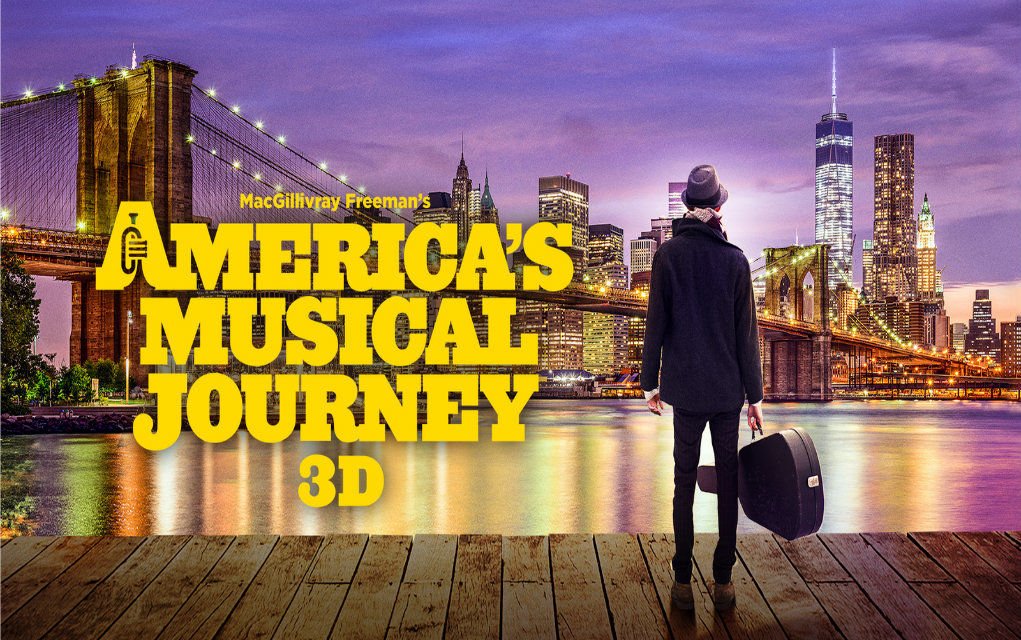 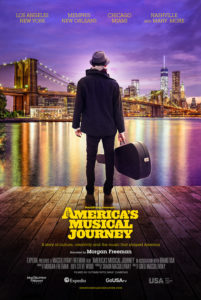 From the blues of Chicago to the cowboy songs of Austin, Texas, and from Miami’s latin rhythms to the grunge movement of Seattle, it’s a whirlwind trip combining history, today’s sounds, vintage clips and modern interpretations. Whether it’s Elvis helping turn the nation on to rock n roll, or Satchmo taking NOLA jazz to the entire world, we’re treated to the sights and sounds of the American soundtrack.

Singers, musicians and dancers focus on the cities where America gave birth to its varied musical genres. Aloe Blacc, Jon Batiste, and Willow Osborne join with legendary artists Dr. John, Irma Thomas, Ramsey Lewis, and many more to paint this vibrant portrait of a cultural collision that could only happen here.

Greg MacGillivray always knew the guide for America’s Musical Journey needed to be a
compelling American musician, someone who reflects the ongoing tradition of lifting every voice that yearns to be heard. That’s why he chose rapidly rising star Aloe Blacc whose unique story shares many personal connections with the film’s themes. Blacc’s experience as the son of Panamanian immigrants, his life-long adoration of Louis Armstrong and his own path as a young trumpet player turned jazz-sampling hip-hop artist behind some of the most-streamed hit songs of recent years seemed a perfect match.

“I hope this movie inspires people to want to get more involved in playing music, appreciating
music and exploring the history of music,” Blacc says. “Music is ubiquitous in the world today – it’s on our phones, on the radio and in stores, but I don’t want music to just be in the ether for people. By watching this film, I hope people will see that music isn’t just there. There are people who create it and here you get to meet some of the people who are creating it and some of the people who have inspired and influenced what we’re listening to today. And I hope people see that anyone can get involved in our musical legacy and help push it forward for tomorrow.”

Why did America, in a short span of time, become the cradle of such electrifying global art forms as jazz, blues, soul, country and rock and roll? America’s Musical Journey answers those questions and more by visiting the cities that gave birth to those genres. From the squares of New Orleans to the streets of Chicago; from Detroit’s Hitsville to Nashville’s country music mecca; from Manhattan’s romance with jazz to Miami’s salsa fever, this film uses breathtaking imagery, vintage clips, and modern song and dance to express what it means to be American.

Coming to many more cities in the upcoming weeks, America’s Musical Journey is currently playing in the following cities: