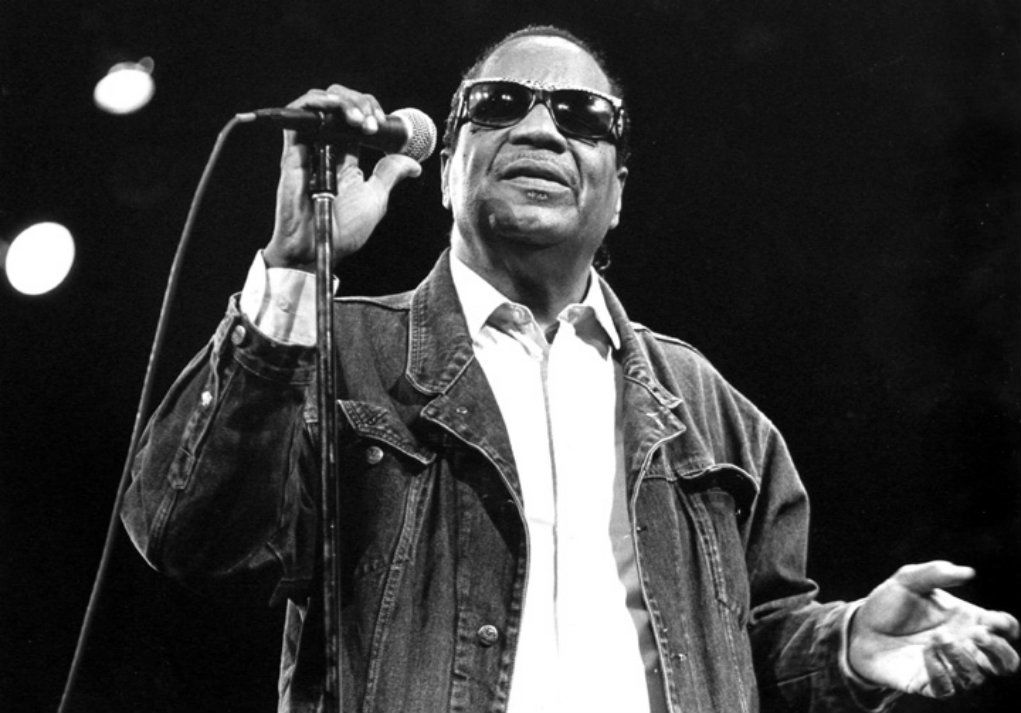 Clarence Fountain, founding member and longtime leader of the iconic gospel group Blind Boys of Alabama died on Sunday, June 3rd in Baton Rouge, Louisiana. He was 88. His passing was confirmed by group manager Charles Driebe.

Born in Tyler, Alabama on November 28th, 1929, Fountain grew up in a churchgoing and musical family in Selma. At age eight he was enrolled at the Alabama Institute for the Negro Deaf and Blind in Talladega. There he joined a large boys choir. Inspired by weekly radio broadcasts of the Golden Gate Quartet, he and five friends decided to start their own singing group. Calling themselves the Happy Land Jubilee Singers, they snuck off the school campus to perform a cappella for soldiers at a nearby military training camp. Buoyed by the praise (and money) they received, the group left the school in 1944 while still in their teens.

Early on, the Blind Boys emulated the jubilee harmony style of gospel singing, but eventually became forerunners of the “hard” gospel sound. This style featured a shouting and preaching lead singer (usually Fountain), accompanied by fuller instrumentation. The band became known as “house-wreckers,” a term that referred to their ability to rouse a church audience into states of spiritual ecstasy. Fountain said, “You have to feel the spirit deep in your gut, and you have to know how to make someone else feel it.”

By the late 1940s the Blind Boys were touring full-time, performing for segregated audiences in churches and schools. Under Fountain’s direction, the Blind Boys had their first hit recording in 1948 on the Vee-Jay label with the song, “I Can See Everybody’s Mother But Mine.” At a concert in Newark, New Jersey that year the band, still known as the Happy Land Jubilee Singers, performed on the same bill as another group of blind singers, the Jackson Harmoneers. Clever promotion billed the event as a battle between the Five Blind Boys of Alabama and the Five Blind Boys of Mississippi. As Fountain told it, “The crowd loved us, the name stuck, and things took off for us.”

In 1953, the Blind Boys began a successful five-year association with Specialty Records in Los Angeles, but ultimately left the label because of renewed pressure to cross over to secular music as gospel star Sam Cooke had done. According to Fountain, “I was in the studio with Sam Cooke when he signed his contract. The man offered me one just like he did Sam, but I turned it down because that ain’t what I told the Lord I wanted to do. It’s what I promised Him. When you promise God something, you don’t go back on that.”

With Fountain at the helm, the Blind Boys rose from humble beginnings to the pinnacles of musical achievement – winning multiple Grammy® Awards, a Grammy Lifetime Achievement Award and an NEA National Heritage Fellowship, as well as being inducted into the Gospel Music Hall of Fame and performing at the White House.

Due to declining health brought on by complications of diabetes, Fountain stopped touring with the band in 2007 but continued to record with them when able. In 2017, Fountain sang on the Blind Boys’ latest album, Almost Home. That album grew out of the recognition that the band’s original lineup was down to just two remaining survivors: long-time group leader Fountain and current leader Jimmy Carter.

Fountain is survived by his wife, Barbara. Funeral arrangements are not complete at this time. We will update this article as more information becomes available.