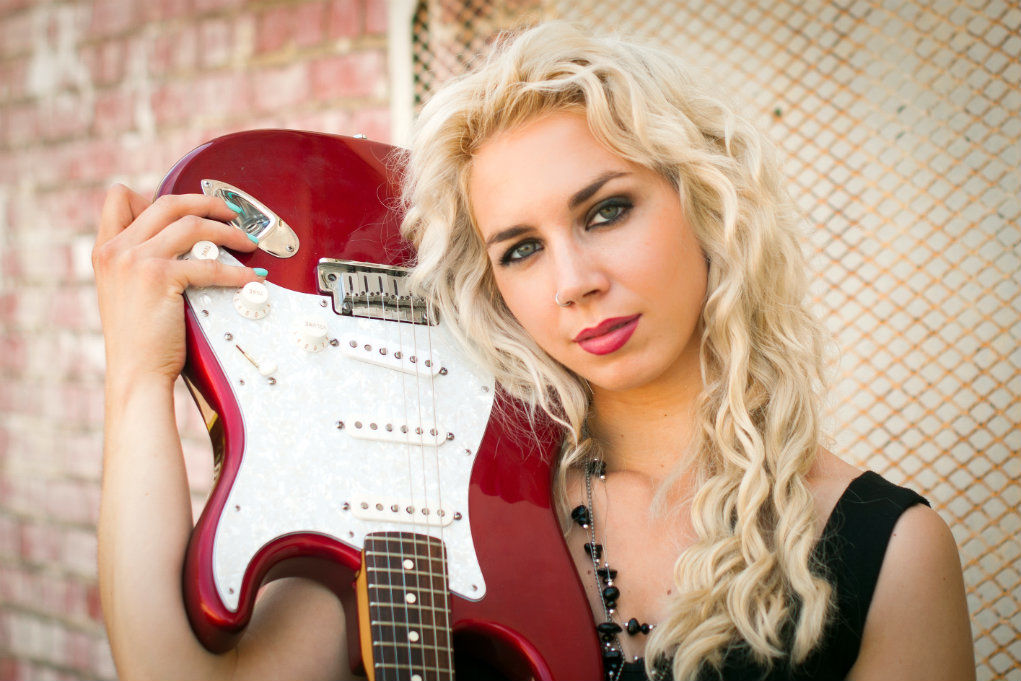 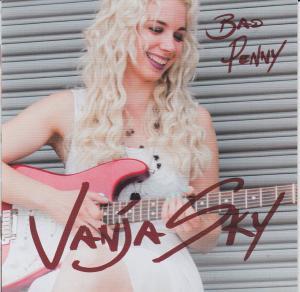 Thomas Ruf has one of the best picker-outers in the business. Collaborating with Luther Allison a couple decades ago led to the birth of Ruf Records, a label that can rightly brag the brightest stars in the blues-rock world. This year Thomas added another formidable young artist, Vanja Sky to his famous stable with her debut release Bad Penny.

“We named it after the Rory Gallagher song, which I also cover on the album,” Sky says. “Rory is one of my favorite players. He has a special place in my heart.” Besides the Irish blues-rock legend, Sky cites Stevie Ray Vaughan and Albert King as key guitar influences.

It takes a lot of chutzpah to name your debut album after a Rory Gallagher song, and even more to cover said tune. Croatian artist Sky has it in abundance, and what’s more, she pulls it off. “Bad Penny” is the lead off track from this fine debut, and for someone who’s only been playing guitar for six years, she does a remarkable job.

Of course she did have a little help. Label mate Mike Zito oversaw the production of most of Bad Penny at the sessions in Berlin. He and Bernard Allison (another Ruf artist) also appear as guests on the album, including Sky’s cover of Allison’s song, “Low Down and Dirty,” which was produced by Grammy® winner Jim Gaines at Bessie Blues Studios in Tennessee.

“Vanja is a passionate songwriter who writes from her feelings,” Zito said. “But she also enjoys having fun and cutting loose. She has a very strong voice and her love for blues guitar will be her strong suit.”

He couldn’t have been more right. Although Sky doesn’t have some of the gravel in her voice that comes from mileage, we’re sure she picked up some during the recent Blues Caravan Tour. Her vocals are strong throughout Bad Penny however. Sometimes a bit gritty, sometimes clear as a Sunday morning church bell, but always passionate.

Her guitar work is impressive as well, and the 10 original tunes on this release show some great song-writing potential. Although lyrically simplistic, “Hard Working Woman,” blesses us sonically with a funky shuffle that is sure to pack whatever dance space is available. “Hit Me With the Blues,” changes things up with a jazzy guitar sound reminiscent of a young George Benson.

“All Night” is an outright rocker with some creative vocal effects that caught our attention immediately. Sky’s backing band of Zito, drummer Matt Johnson, bassist Terry Dry, and keyboard wizard Lewis Stephens provide a taut canvas on which she paints her debut art.

Dry’s bass leads out the smoldering “Inside Pain.” This is one of the songs on which Vanja’s voice rings out like Swarovski crystal. She shares her pain with us, and we feel it. “Give Me Back My Soul,” gets us back up and rocking. Our only criticism would be that, at times, the heavy, distorted guitar licks drown out her vocals. But hey, it’s her first album, and we learn as we go.

Sexy slow burners “Lost Love,” and “Married Man,” are interspersed with the funky “Do You Wanna?” and “Don’t Forget to Rock N Roll.” The album’s closer, “Crossroads of Life” has some great, grungy, electric slide that adds some Delta flavor to this blues-fueled, double entendre tune. Good stuff.

Our tip of the hat goes to “Low Down and Dirty” though. The triple threat guitars of Sky, Zito and Allison on Bernard’s song is what blues rock is meant to be. Sharing her vocal parts with the boys is a nice touch as well. This is the kind of stuff that epic, show-ending jam sessions are made of.

This is a truly impressive debut album. Our only regret is that we didn’t hear it sooner!