From Ashes to Stax 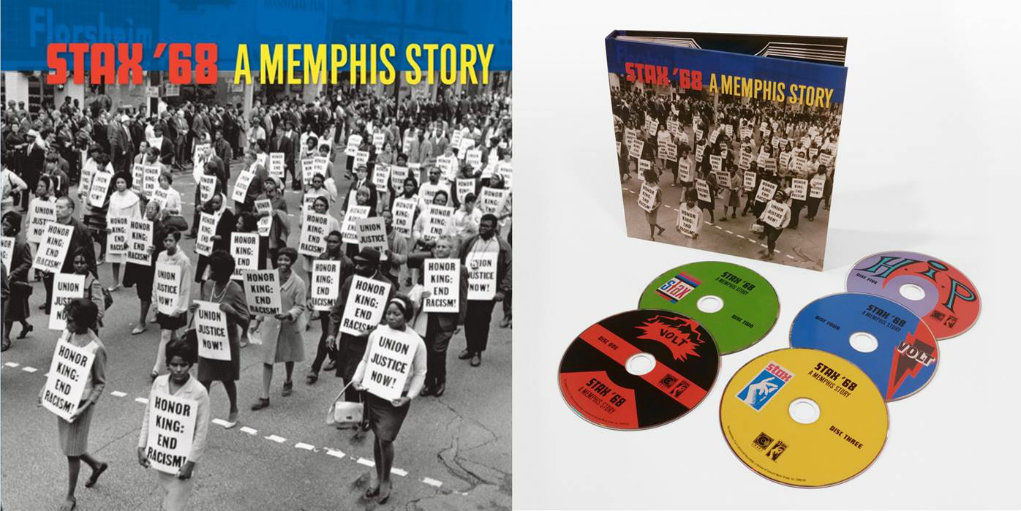 The legendary Stax imprint was and always will be a phoenix among ashes. Stax ’68: A Memphis Story is a meticulous 5-disc set celebrating every single 7” 45 released during the year. 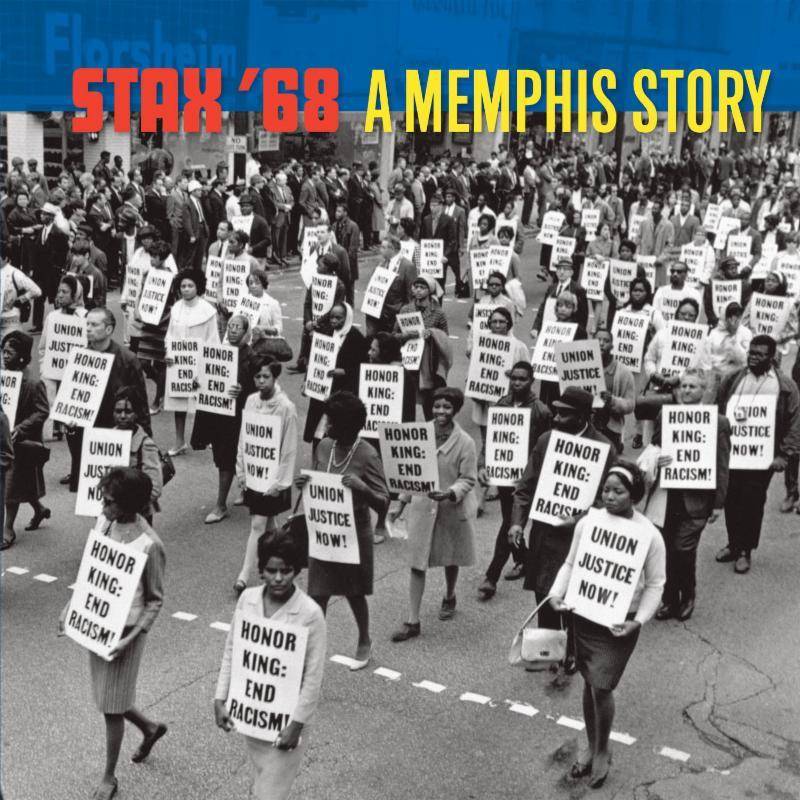 1968 was a tumultuous year for the United States, particularly the American South. On the heels of labor strikes, race riots, and the still “mysterious”, cold-blooded murder of the great Dr. Martin Luther King at the Lorraine Motel, Memphis, Tennessee was an epicenter of unending turmoil in that vein. Legend has it the Stax building was literally the only building standing on the block at one point, unscathed at that. That tale is just one of the many told between the lines and notes in this over 120 song monolith.

One could scrawl for ages on the social, political, and sadly, racial unrest inflicting Memphis and the South as whole in 1968, that’s not to be dismissive. On top of all that, Stax label keystone, Otis Redding, and nearly all his backing band, The Bar-Kays, succumbed to a plane crash in rural Wisconsin, snuffing out the heart light of Stax’s promising future just prior in the winter of 1967. As if that’s not enough to want to close up shop, the label was stripped of its on-loan superstars from distributing label Atlantic Records in Sam & Dave. Not only did they lose the powerful soul duo but also the peace of mind of having record stores stocked with vinyl by one of the industry’s powerhouses as Atlantic decided to not renew their distribution deal with the fledgling imprint. Fold they did not, more like regroup and formidably forge onward and upward.

Stax ’68 commences fittingly with Redding’s timeless “(Sittin’ On) The Dock Of The Bay” backed with “Sweet Lorene” as an opening two punch salvo. Sam & Dave follow up with body blows while Rufus Thomas and William Bell wait to finish the round with deadening combinations, and that’s just a summation of Disc One. All five discs follow suit, a handful of bruising rounds in the almighty name of Blues, R&B, and Rock’n’Soul.

The collection is well-fleshed with hit makers and household names burgeoning soulful, rhythm and blues, however, it’s the lesser knowns that shine brightly. We all adore Otis, worship Booker T and his MGs, salivate over Albert King’s licks, and shake it down with Eddie Floyd and Johnnie Taylor. That’s not to overlook the Staples Singers, Isaac Hayes, or the inimitable Carla Thomas, but the story of white soul singer Linda Lyndell harbors interest. As does the psych rock of The Aardvarks and the jazzy jump blues of Fresh Air. Are you well-versed in the Soul Children? How about the Pop Corn Generation or Ollie & the Nightingales? Stax spent 1968 reinventing themselves both audibly and structurally. Risks were taken and motifs were abated.

The complete set is perpetuated by stars but it’s held up by the “all-but-forgotten,” the footings of which the ornate is constructed. It takes much more than wood to construct a mansion. Stax was more than busy in 1968 and this is the ultimate collection, warts and all. The artwork is impeccable with previously unshared photographs depicting the incivility of the times and conversely, the high times a cherished label and its artists share. The liner notes leave nothing to be desired and are penned by Memphis music scholars Andrea Lisle and Robert Gordon, as well as S-Curve Records mastermind Steve Greenberg. A keepsake museum-quality boxed set of sight, sound, and the human condition, Stax ’68: A Memphis Story is a feast for the ears, soul, and mind. Steve Cropper for President!