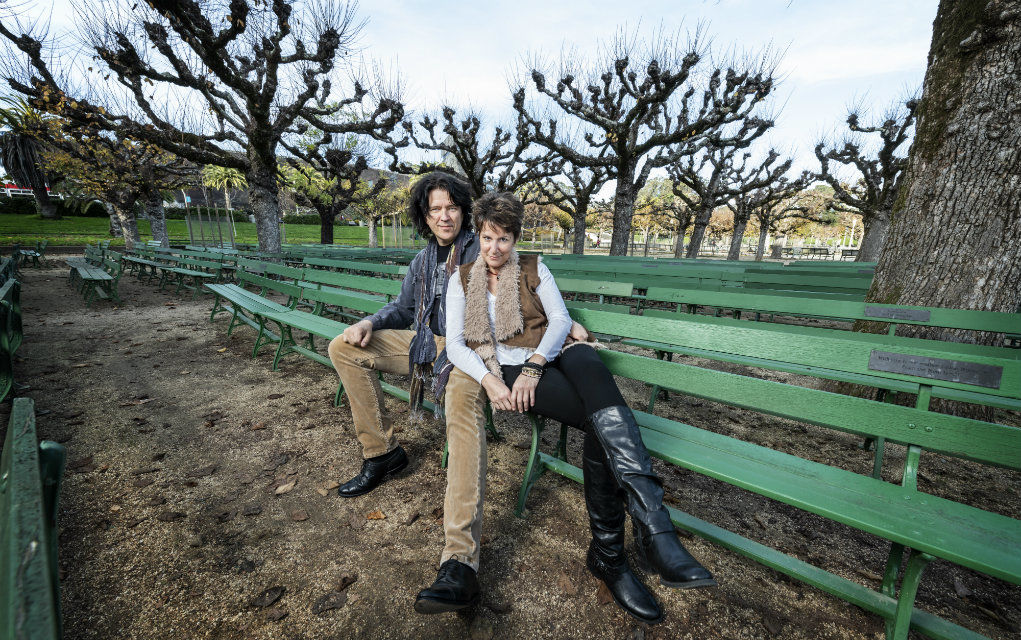 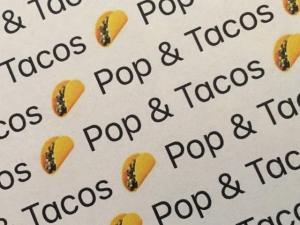 Little Days is a band based in Southern California’s San Fernando Valley. Made up of Gov’t Mule bassist Jorgen Carlsson and his wife Mini Diaz, they are currently finishing up their most recent project, Pop & Tacos.

Notice a bit of word play already? Good. That’s kind of the point. Carlsson, a Swedish native, met Diaz while attending a music school in the early 1990s. The chemistry was instant. Both are multi-instrumentalists, songwriters, recording engineers, etc. Both were heavily influenced by pop music of the 70s and 80s. Both find the cleverness in word play. (The band name is a play on Diaz’ name, while the the album title is a take on restaurant chain Pup ‘N’ Taco, which was hugely popular in Southern California for nearly 30 years).

We recently had the opportunity to speak with Carlsson, as the duo prepared to leave for a Gov’t Mule gig in Jamaica.

I thought perhaps we could talk about Pop & Tacos a little bit.

We cover several genres actually, which makes it fun for us.

It’s slightly different. We’re not trying to rip anything off from the past or anything. But we used our influences and this is the consequence.

You’ve been working on this release for quite a while, correct?

Yeah, Mule has been so busy for the last couple years. I’d come home and try to regain the momentum. It’s kind of a pain in the ass, when you just start getting into a groove and then have to head out on tour again.

And Gov’t Mule tours a lot.

It does feel like that. It’s not so much when you add up the dates. Maybe only two or three months, but when you spread it all out, it’s like you’re home for two weeks, you’re out for three weeks, then you’re home for a week and back out for five. It adds up.

I notice the most recent update on the PledgeMusic page is that Warren Haynes came into the studio and laid down a little slide on one of the tracks.

Yeah, that was back in September or November, I don’t exactly remember when Mule was in town here. We had one day off, so I said, ‘Hey Haynes, wanna play some slide’?

There are several other artists involved in the project yes?

That’s interesting because it’s not like we’re trying to get a bunch of heavyweight players to come in just to exploit their names or anything. It’s not like that at all. As a matter of fact, I’d rather not use them if it turns into that kind of thing. I don’t want to be that guy. The fact of the matter is we know all these guys, and they’re good friends. They’re all also great players, so why not use the best when you know them and they’re your natural friends.

There is one exception, which was Mike Campbell from the Heartbreakers. I didn’t know him, but both Mini and I are real good friends with Steve Ferrone, the Heartbreakers’ drummer. We’re actually neighbors, so he ended up playing on half the record. I was kind of kidding with him one day when I was laying down a demo. I said, ‘You know I’ve been thinking about Mike Campbell for this track.’ He said, ‘Well, let’s just call him then.’ So he called him and then told me, ‘Mike’s coming in a noon on Monday.’ I was like, ‘What the fuck?’

It was all natural though. We didn’t really hustle anybody. Like Steve Lukather (Toto). We actually have a band together, me and Luk, a little jam band called Nerve Bundle. We’ve been doing that for the last seven years or so. In Decembers only we play the Baked Potato here in L.A. Anyway, he came in and played on two songs. It’s funny, because he plays rhythm guitar on the one that Warren plays slide on. There’s a specific rhythm that he’s known for from back in the 70s and 80s. That sound you hear on ‘Roseanna’ on all those tracks, and nobody really plays that way anymore.

Studio 3 at EastWest Studios is famous for the music that’s been recorded there. Tell me a little about working at Studio 3.

Nothing we did was recorded there. We’re good friends with the studio manager, Candace Stewart, and we just went in for a few hours to run tambourines, lead vocals, some drums, sometimes a trumpet through their chambers. They’re the same chambers that the Beach Boys, Mamas & the Papas, and all those recorded through. We did two sessions like that, where we just brought in the recordings, and then had them run through the chambers there. So all the songs, except maybe one, all have that chamber magic hiding in the background. It’s definitely a special sound.

You and Mini have been collaborating on music for quite some time.

We met in 1992, and began collaborating around 1995. We did a couple of homegrown records in the late 90s and early 2000s, then our son was born in the early 2000s, so we didn’t work on much of anything for a while, just living. Gov’t Mule started taking up a lot of time beginning in 2008, but we have an incredible studio here at home, so it would be crazy not to use it.

How many songs can we expect on Pop & Tacos?

The vinyl release will have nine tracks, and the CD will probably have 12. That’s actually a couple too many in my book, but we’ve already taken away four or five. The physicality of vinyl, if done right, allows you to only have 18 to 20 minutes per side. The quality degrades after that. So we did two separate masterings. They have to be mastered separately to sound right. They’ll both have slightly different sounds.

Is there a set release date?

No. We said late March or early April. The turn-around on the vinyl can be up to three months.

You play with Gov’t Mule, which has roots in the Allman Brothers Band. Are you a Southern Rock guy like me?

I’m actually the opposite. I come from Sweden, and never listened to the Allman Brothers. I had two different influences. One was full-on hard rock like Deep Purple, Rainbow, Ronnie James Dio. KISS was a big thing, but that was more a way of life when I was a kid. Now coming from Sweden, ABBA was also a big thing. It’s funny because Mini’s first show was ABBA. Undeniably they have incredible harmonies and arrangements.

I was also into pop music. Bands like 10cc were a big influence on me. Then Pink Floyd entered, then Steely Dan, that whole thing. I’m still like that when I listen to music. I can put on a Bread album and listen to David Gates for two hours, and then go straight into Black Sabbath.

Is that what we can expect from this upcoming record?

What people can expect is progressive pop. It’s familiar. Maybe in a way I can’t describe exactly, but it’s familiar and comfortable. To those of a younger generation, you’re in for a new world of experience if you’ve never been there. The melodies have the coolest groove. Jeff Lynne used to say, ‘Pop music has everything. You can have jazz influences, blues influences, disco influences, whatever you want. Put it as you please.’

If I had to pick one style of music to play, it would be that style of pop, progressive music. But you can’t do just that. When you’re playing rock and roll, and improvising like Deep Purple or the Allman Brothers, that’s the top too.

There are seven days remaining in the Little Days pledge drive for Pop & Tacos. Gifts for pledgers include everything from digital downloads to actual Southern California house parties with the band.