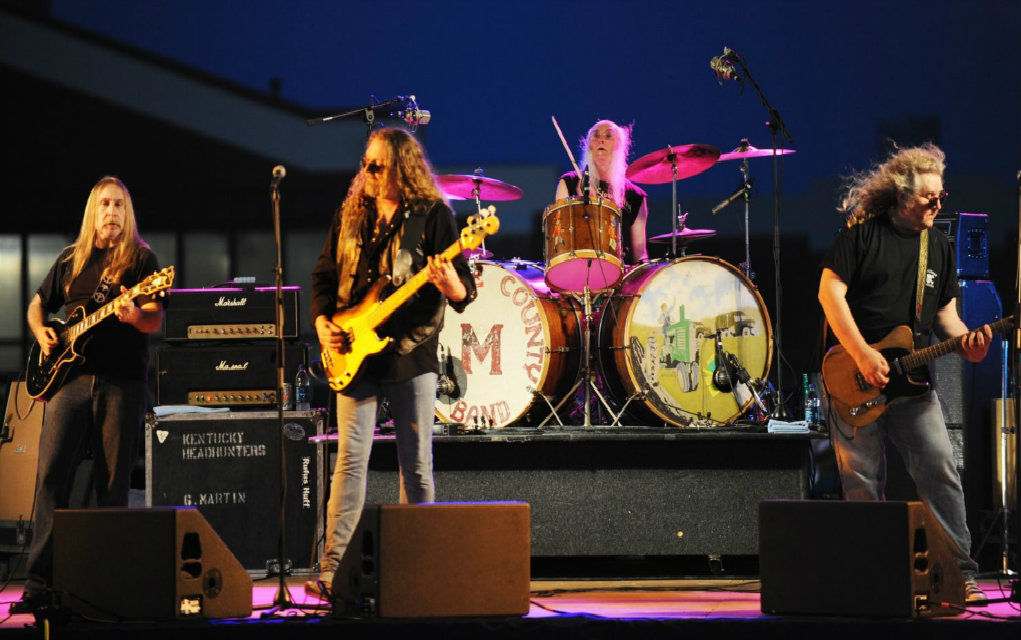 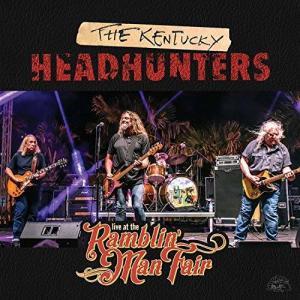 I somehow managed to make it almost 43 years without hearing the music of the Kentucky Headhunters. Luckily for me, that unfortunate streak ended recently with Live at the Ramblin’ Man Fair. This combination live/studio album, via Alligator Records, documents a band at the peak of their powers but also serves as a great introduction for me to a delightfully complex group.

The Kentucky Headhunters don’t fall into a convenient genre. They’re rock. They’re blues. They’re country. And they have a metallic edge that’s also somehow sweetened by their gruff background vocals. The album, captured at the 2016 Ramblin’ Man Fair in Maidstone, UK, has the loose energy of a live show, but the band is as tight as a military operation. Like they’re storming the English shores while also finding time to see some sights.

Live at the Ramblin’ Man Fair kicks off with “Big Boss Man.” The studio version from the cover album of the same name has country-inflected vocals courtesy of singer/bassist Doug Phelps. The live version has Phelps showing off more of a blues growl that gives the track a decidedly ZZ Top flavor, aided by a rhythm that’s “Mystery Train” on steroids. From the second the guitars, drums and vocals slam into action, the listener is glued to the sound.

The album features quite a few cover songs. Probably because it’s the first time in their 50 year career that they played in Europe (guitarist Richard Young has a fear of flying), and they wanted to psych the crowd up with familiar tracks. Their take on “Have You Ever Loved a Woman” borrows from the Derek and the Dominoes cover, injecting it with more guitar fuzz and stripping it down just enough. Young handles the vocals, immediately connecting with the desperation of the track via his voice, while guitarist Greg Martin connects to the same with his guitar.

The band closes out the live portion of the album with an epic cover of The Beatles’ “Don’t Let Me Down,” which has sweet country vocals, searing blues guitar, and a drum groove that would make Black Sabbath jealous. On this one the band is joined by Black Stone Cherry, and the cover is familiar and faithful. That said, The Headhunters manage to imprint their personality on the track. No easy task when dealing with something as iconic as a Beatles song. The band segues into “Hey Jude’s” classic sing-song ride out, ending the show on the perfect note.

But wait! There’s more! Live at the Ramblin’ Man Fair concludes with three lost studio tracks (recorded in 2003) destined for their 2015 Meet Me In Bluesland album. These tracks feature the band performing with piano legend Johnnie Johnson, the criminally under-appreciated artist who had a role in inventing Chuck Berry’s music. The tracks are all solid, especially “Rock ‘N’ Roller” which features Johnson’s instantly-familiar boogie piano against Eric Clapton-esque guitar. The Johnson cuts don’t necessarily mesh with the live album’s perfectly raucous energy, but one should never turn down an opportunity to hear Johnson working with a great band.

Kentucky Headhunter fans are going to want to grab this album immediately. Don’t even wait until the end of this paragraph. If you love blues, country, and rock, perfectly combined but erring on the side of loud and powerful, you’re going to want to get this offering. It demonstrates how an experienced, seasoned band can fearlessly command the stage in a foreign land. Live at the Ramblin’ Man Fair made me Kentucky Headhunters fan almost instantly.