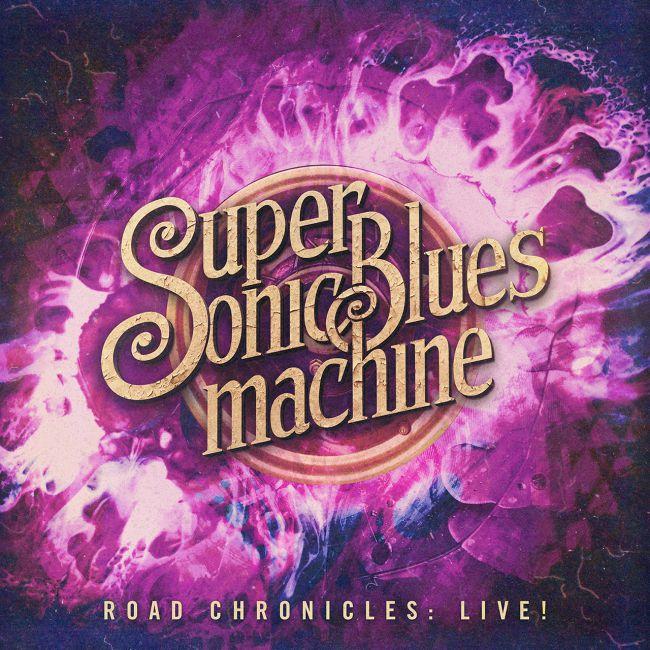 The new album drops on July 12th via Provogue/Mascot Label Group. It was recorded during their show in Brugnera, Italy on July 20th, 2018, capturing the band in a triumphant and joyous mood.

The show was the final one of a 10 date tour that started at the O2 Shepherd’s Bush Empire, London and took them through Switzerland, Poland, The Netherlands, Belgium, Germany, Spain and finally bassist Fabrizio Grossi’s native Italy. The legendary Billy F Gibbons joined the band throughout the tour, putting in the stunning performances that you would expect from such an icon and it was the first tour to feature fast-rising UK blues-rocker Kris Barras on lead vocals and guitar.

Gibbons, who just won a Blues Music Award in the category of Rock Blues Album of the Year for his latest, The Big Bad Blues, was the spark that ignited Supersonic Blues Machine in the first place.

Long story short, the commercial never came to fruition, but the Good Reverend’s suggestion to write “9 more songs” and start a band, with whom he could jam whenever ZZ Top’s schedule would allow it, begat Supersonic Blues Machine. Aronoff immediately tracked drums to the original track, and the song “Running Whiskey” ended up becoming the first single of the new band.