Samantha Fish: Woman on a Mission 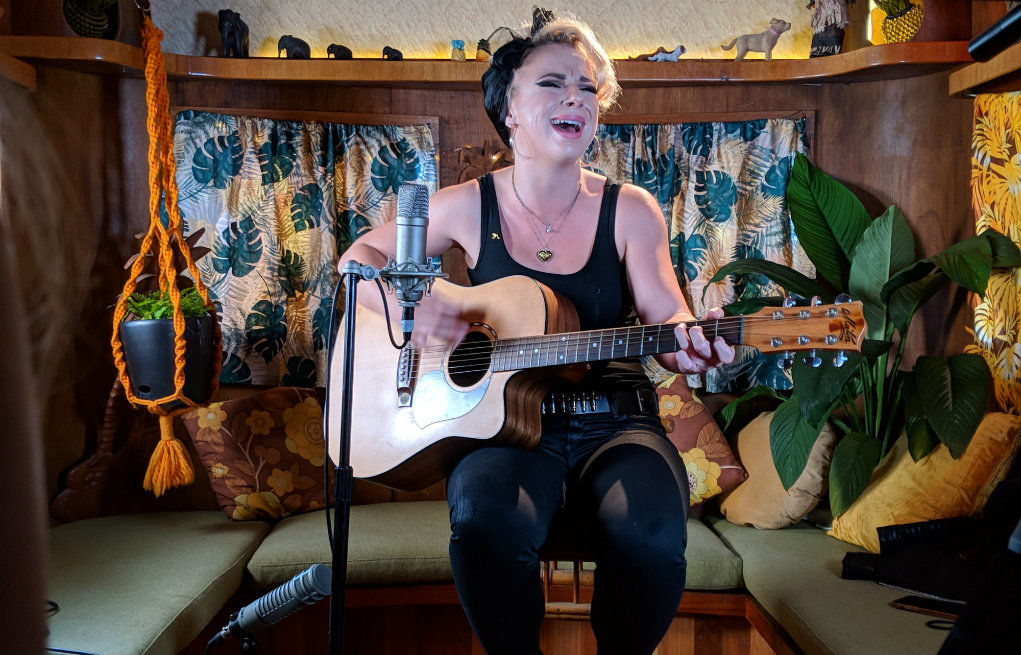 Samantha Fish is a woman on a mission. The Kansas City native has been singing and shredding the blues for over a decade, inspiring women and men across the world to pick up an instrument and find their voice. 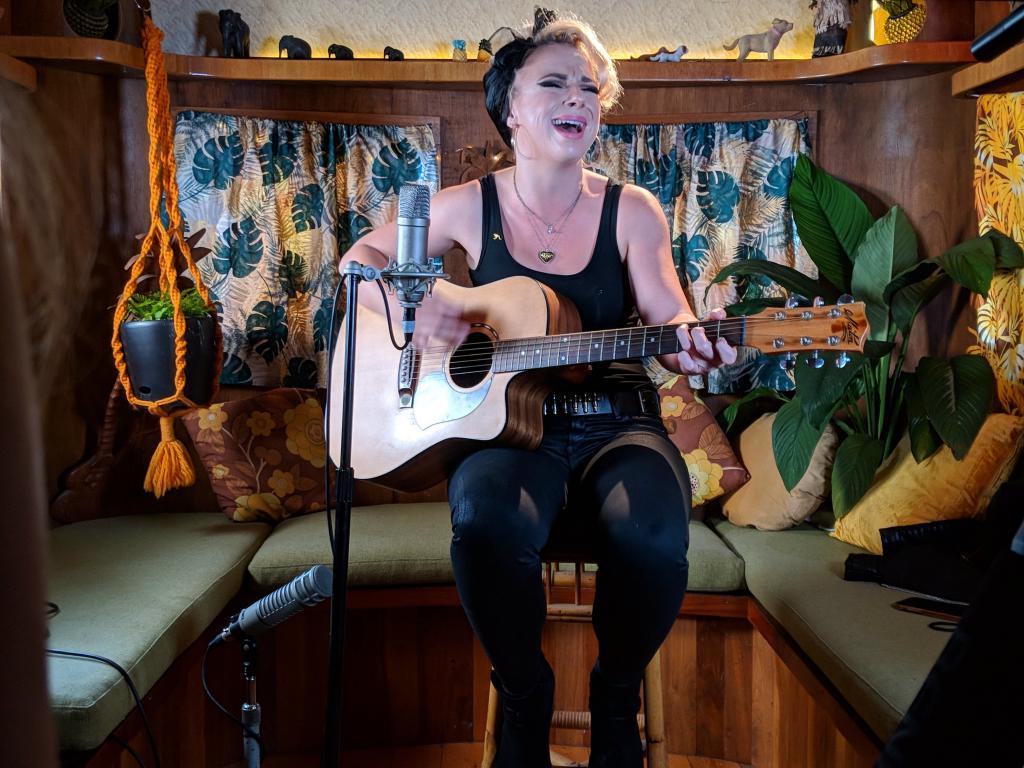 American Blues Scene caught up with the award winning musician to discuss her musical evolution, her latest soon to be released album (Kill Or Be Kind), being a role model to women, and more.

You released your last album in 2017. Have you been working on any new music?

Yeah, I’ve got a record coming out this year August I believe was the official release date, so I’ve got it coming out in a couple of months. It’s my first record with Rounder Records, it’s a part of Concord International. There’s a lot of guitar, a lot of songs I co-wrote with a lot of great artists, I’m just really excited, it’s an evolution of what I’ve been doing but I’m bringing a lot of new things too that I’ve been picking up along the way.

Great. So, speaking of evolution. You’ve definitely had a style evolution over the years, but how do you feel your music has evolved?

I mean the sound changes from album to album, if you’re a fan of me and my music and my band, you are on this roller coaster trip anyway so you know to expect that the next record is going to be different. I think the music has changed pretty much on point album to album.

The blues is a very male dominated genre, what’s your experience been like as a female?

Compared to a guys? Well, I’ve only ever worn these shoes so to speak, but I feel like the world needs the female perspective, and I feel like what I bring to the guitar and writing is unique, and I’m just grateful for the fan base that I can accrue.

It’s empowering for me to see young women at the shows. When I started playing I didn’t feel like there was a lot of female representation out there, and then when I started seeing women with instruments, women playing music it was really empowering, SO to go out there and be a voice feels really good.

Well I’m a blues singer and I can definitely say that I find what you do really inspiring.

What advice would you give to young female singers and guitarists who are trying to find their voice in the blues?

It’s tough because there are so many things there are pitfalls to watch out for, but a solid piece of positive advice is to really stick to your guns, find who you are and try to just be that. Look to people who are positive around you and try to pull that in. The industry for all genders is really tough. Just surround yourself with good people, a good team, be smart and follow that voice inside. Don’t let anybody tell you that you can’t do it, because you can.

Wonderful. The blues is a genre that is quite hard to find your own unique sound within. A lot of people tend to just copy the older styles, but you’ve found something of your own. What does that take?

You know, I’m self-taught, a lot of what I pick out is by ear. When I’m writing and stuff I just shut off external stimuli, because you’re always pulling stuff in no matter what you do, wherever you are in life, your experiences are going to color the music that you make.

I listen to a lot of guitar players, but I listen to a lot of music in general, and I’ll find a texture that’s cool that maybe isn’t a guitar player but I’ll figure out how to do it on the guitar. Just try to come up with new things, but it’s hard because everything has been done a thousand times over, but I think it’s just finding that voice that sets you apart, playing from the heart. You can learn all of the flashy stuff in the world but really it’s about what you’re delivering from the soul. That’s what connects people to blues so much, and that’s why it’s still a relevant genre all over the world.

Definitely. I agree. Now, you mention guitar but you actually started on the drums. What was it about guitar that pulled you in and kept you there?

I started on the drums because I was kind of shy but I still wanted to be on stage, so I
wanted to sit at the back. The drums gave me the fundamental start of music, everybody should play drums first or at some point, it gives you rhythm which is the most important thing in the world when it comes to music.

When I picked up the guitar I started singing at the same time, and I guess I just connected to it, I felt like I could really express myself. I was just a shy kid from Kansas and deep down I always wanted to be center of attention on stage somewhere rocking a crowd, and it took a lot of years to get there. I like singing, it just gave me a means of communication that I don’t feel I had otherwise.

So how did you get into singing in particular? Which artists inspired you?

I loved soul singers when I started; Ray Charles, Aretha Franklin, Otis Redding. I wanted to sound like all of these people who I pretty much could never have sounded like as a 15 year old kid. But I got into rock and roll too, I just liked the kind of swagger, there seemed to be just such a confidence exuded by some of my favorite rock stars like Mick Jagger, he’s on the top of my list. It was another way I could really connect with people, and it gave me confidence playing music. It’s the thing I’m supposed to do. 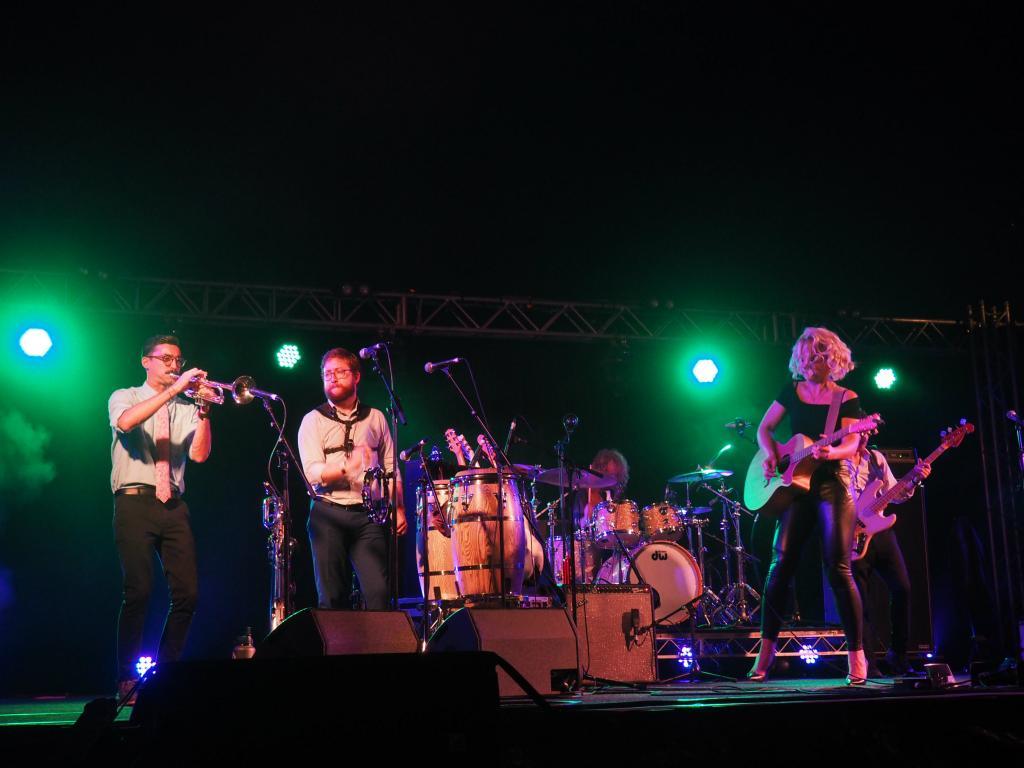