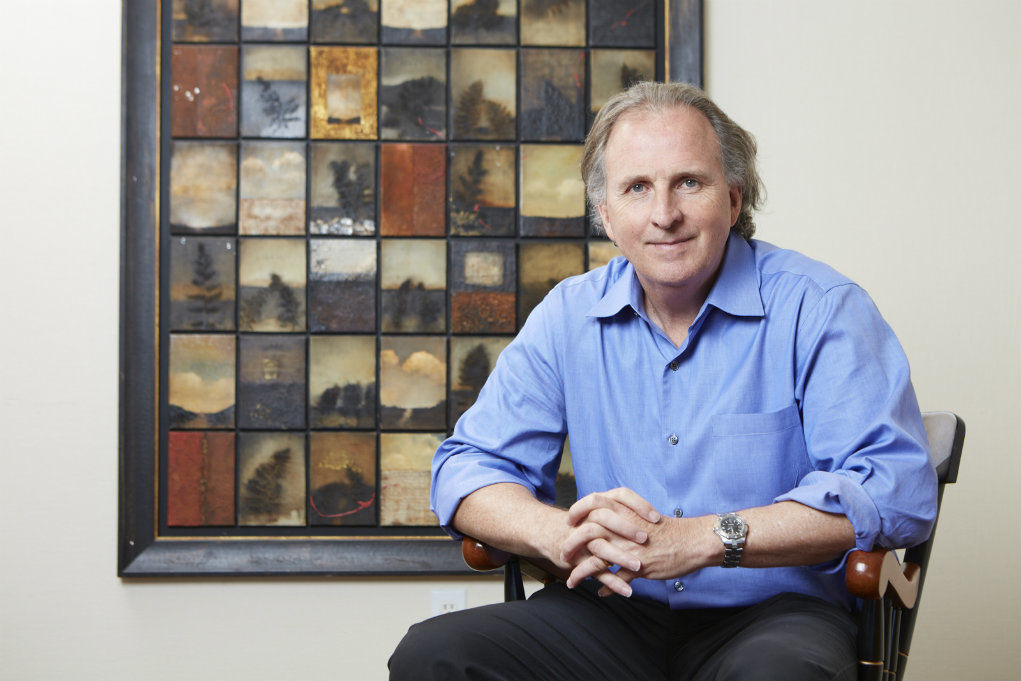 Roger H. Brown is Berklee College of Music‘s 3rd president in the history of the institution. Under his leadership the college has expanded scholarship support by 400 percent and created an international campus in Valencia, Spain. He built its first ground-up custom facility boasting 173 residence hall rooms, a state-of-the-art recording complex, and a dining hall/performance venue. Brown also established a suite of institutes including the Berklee Global Jazz Institute under the direction of jazz pianist Danilo Pérez. The college has expanded its global reach to attract students from over 100 countries, markedly improved gender diversity, dramatically increased admissions selectivity, and created the world’s largest online music education system.

Brown says, “Berklee has produced artists who have won a collective 294 Grammy Awards, composed some of the great film scores of our time, written jazz and rock standards, used music as a healing force as pioneers of music therapy, and transformed the way people play their instruments and teach contemporary music. We have the opportunity to be a powerful force in the world to help train the next generation of leading music entrepreneurs, teachers, and artists.”

Who are your favorite blues artists and why do you like them?

My first love musically were The Allman Brothers. I grew up in Georgia and we considered them a Georgia band. I think they were one of the great Blues bands of all time. Through the Allman Brothers, I discovered Blind Willie McTell. He wrote Satesboro Blues. I fell in love with B.B. King early on in my musical career. I also like Willie Dixon and Mississippi John Hurt. I like more modern players like Robert Cray and Keb’ Mo’. I was just with Keb’ Mo’ last weekend. I like Chris Stapleton and I am a big fan of The Stones. The whole rock and roll movement is really Blues music. I love the Tedeschi Trucks combination because as an Allman Brothers fan, they are channeling them. I honestly think if you like American Contemporary Music you love The Blues.

The Berklee College of Music was developed in the 1940’s to teach Jazz and contemporary music. Jazz and Blues are deeply connected. How did The Blues shape Berklee and how do they fit into the Berklee’s curriculum?

We were the first college in the world to respect and treat jazz as a worthy topic of instruction. That was back in 1945 when we first started as a school. The focus then was more on Swing, Big Band, and complicated jazz arrangements. Underlying most of those standards were Blues progressions and Blues inspiration. In a way you would argue that we picked up The Blues in its Swing and Big Band incarnation following it through into the BeBop era.

There is an amazing teacher here named Matt Glaser who has influenced my thinking a lot. I knew what I liked but I didn’t really understand why I liked it. He has this wonderful expression that The Blues is the aquifer that has given birth to all of the great American music forms. When in doubt his advice to a students is to go back to The Blues. Rather than simply listening to the Jazz you love, try and understand the Blues roots of whatever Jazz you love. If you are a popular songwriter, returning to the Blues or moving your music more closely to the Blues might be a source of inspiration. I think you have to argue as a school founded on Jazz, Jazz was founded on Blues.

I’ve heard you mention music is the ultimate way to express oneself. Why is music so important and how does it help someone develop?

I think that’s where music is most powerful: when people get married, when we celebrate when someone dies and we want to honor that person, when we are trying to invoke the Divine in the world with the Spiritual, when we try to calm ourselves when we are at risk, and when we are mating. Music is the best accompaniment for these activities that stretch beyond rational thought or our normal way that we communicate through language.

We have learned through brain scans that music more than any other thought process illuminates more parts of the brain than any other activity. I think when we are trying to communicate something as complex and nuanced that has rational and an emotional aspirational dimension, music is the way you harness the power of the brain in all capacities at once.

I think our history as being a school that began teaching Jazz means that we are more of an improvisational institution. We are concerned less about technique and the recapitulation of music of the past and more about empowering people to create the music of the future. We value creativity and the new. We value synthesizing musical traditions and coming up with fusions that have not been heard before much the way Jazz does; the way Dizzy Gillespie went to Cuba and suddenly Jazz took this amazing turn. I see Berklee as a place that’s constantly on the lookout for new musical ideas and new musical inspiration that attempts to empower our students to be the creators of music and not interpreters of music.

What’s your proudest accomplishment while being President of The Berklee College of Music?

I’m very proud of our Berklee Online School that has over 10,000 students. Higher education as we all know is very expensive. A lot of the most talented musicians don’t have the means to come to a four year American College. The online school lets you study from anywhere and you can live around the world living in a less expensive place while working. You can get an online undergraduate degree as well as a graduate degree at much less of a cost. You are not living in Boston and the tuition is lower. I am very proud of our program and I think it’s very distinctive. We are the only music school that has a program of this type of any scale.

I am very proud that we’ve made the college more affordable to students who come here. The amount of financial aid we offer is up five hundred percent since I’ve been here. What we are trying to do is say look if you’ve got talent, we want to make it possible for you to be here even if you come from a family with no means. This is something I am pleased with.

The final thing that has been a tradition of the school since the beginning is we have always been focused on trying to help musicians sustain a living through music. Unlike any other conservatory, we are really good at helping people navigate the existing music industry even as complicated and unreliable as it can be sometimes. We are training people to be video game composers and we have a whole bunch out there doing that. That might not have been what they dreamed of when they were 14 years old, but they are able to sustain an income and a living doing music that they love.

What criteria do you use to select individuals for the Honorary Doctorate Degree?

We have an honors committee made up of 17 faculties, Chairs, Deans, and Staff. We deliver at length and we are looking for people who have made a significant contribution to the world of music; ideally innovators or people who have used music as a tool for social change and people who are respected by their peers. It’s complex and subjective. Obviously you have a lot of wonderful musicians out there and everyone sees the world a little differently. That’s what we are going for.

This year we gave our first Honorary Doctorate to a Hip Hop artist: Missy Elliot. Missy was the person who really showed in the early days of Hip Hop that there wasn’t a lot of room for women. Missy showed how women can be credible and authentic. She opened a door for lots of people following her. In addition to just her popularity and success we felt like she was a change agent.

Could you explain the concept that Berklee is always 10-20 years ahead of the curve? Where does Berklee now stand?

I think if you ask our students they’d say we are not as far ahead as we should be. I like to say that we are further ahead than any institution teaching music. There’s an inherent tension between the faculty who are older and grew up in a certain system with certain sets of musical tastes and students who are by definition younger and listening to different music while wanting to take their music in different directions. I think that tension is actually healthy. I think that is the way we learn.

The key is to keep in mind that the goal of the student is not to please the teacher. The goal of the teacher is to empower and liberate the student with knowledge, information, and motivation. I think this is where we have been good. If you can recount, we were the first place where you could study Jazz and by definition the first place where you could study the electric guitar or electric bass opposed to the classical guitar. Now we have a program called EDI (Electronic Digital Instrument) where you can audition on a computer with a controller and show us how you create music using only technology tools. We have always tried to be fearless and ask: Where is music headed? Where are young artists headed? We want to make it possible for them to do that at our institution.

I would like to make the college even more affordable for students who can’t afford a traditional college education. We are doing a lot to make this possible for students to graduate with less debt and a clearer career focus so they are more likely to be successful and be able to be artists.

It’s interesting that we are talking about the Blues. As much as we want to be innovative and stay at the cutting edge, we do want to remember our roots. I think Blues and Jazz are the roots. Frankly you hear popular music around the world and you still hear these elements. I think the complex process of being true to who you are and what got you to the dance in the first place includes being innovative and letting the next generation of musicians have their word.

The history of music in this country in the era of recorded music particularly is radical change and generational change. I now hear people lamenting the death of Rock N Roll and I think that’s what Dean Martin and Frank Sinatra were lamenting about when The Beatles and The Stones came along. It was the death of their style of music. Someday people are going to say Hip Hop is dying and it’s going to be replaced by something else. I think maintaining a fearless openness to what is happening and what those changes are is crucial. In our case I think the roots are Jazz and the Blues.