WORLD PREMIERE VIDEO: Joey Sommerville “Might As Well Be You” 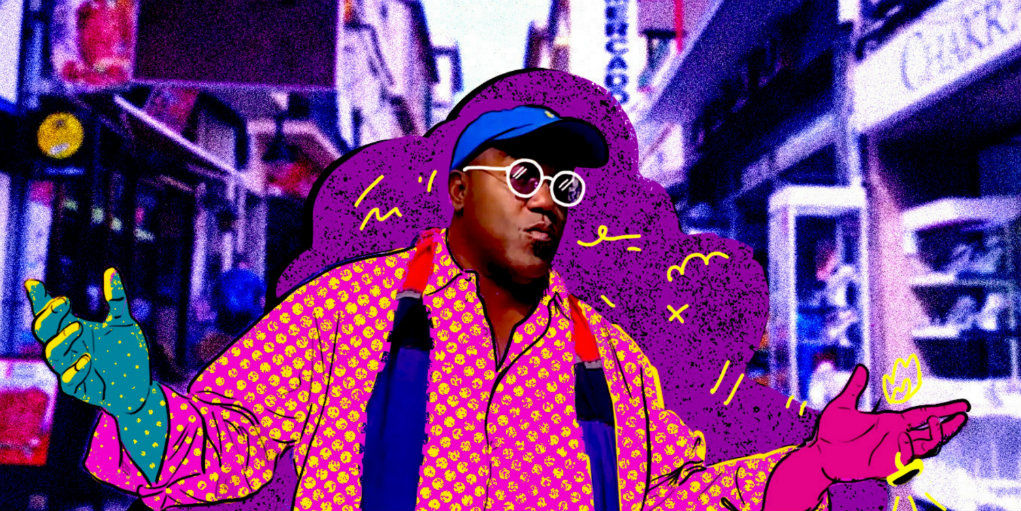 Joey Sommerville aka “Papa J” preaches The Truth with the Infectious “Might As Well Be You” – New Single and Video.

The talented multi-instrumentalist and vocalist’s infectious new song with an accompanying video, “Might As Well Be You” combines the rootsy funk of The Neville Brothers with an inventive Earth, Wind and Fire-esque arrangement, all delivered with the insight of an Eastern philosopher. The song motivates listeners to write their own script for life rather than float through it reacting to circumstances.

The video for the song, created by Diana Chicaiza, gives tantalizing glimpses of Joey’s charisma on stage, including his versatility on trumpet, melodica, keyboards, and vocals. Further enhancing the message of the song, the video also includes volunteers and children from Big Brothers Big Sisters of America (BBBS). The video for the single “Might As Well Be You” is out on all digital platforms, thus setting the table for the upcoming release of the full album entitled, Papa J Sez.

Much of the footage in the music video was shot on location in Mallorca, Spain. Additional footage features folks from Big Brothers Big Sisters of America (BBBS).

“I’m talking to the Big Brothers Big Sisters kids in the video, but the spiritual truth of the message in the lyrics works whether you’re 8 or 80,” Sommerville told us. “I hope everybody finds the song uplifting!”

This is new music. It is a homecoming, to the years spent with B.B. King protégé Big Joe Burrell and working with the mega-band Phish, while including the contemporary jazz years and maintaining the early influences of Rock, R&B, Gospel, and Classic Blues. It is time to say something bigger. Something new. Something authentic to the moment.

When Sommerville began the recording process for his new album, he reached out to his longtime friend and noted record producer, Martin Guigui (Billy Gibbons, Daryl Hall, Steve Earle, Jimmie Vaughan). “We started the process over breakfast in Atlanta when Martin was on tour with Billy Gibbons. That led to me sending demos of a lot of the songs to get his feedback and input. I also started doing a few local club dates to experiment with personnel to get the right sound and chemistry before we recorded. I wanted to beta test the songs and the sound on real people in real time.”

The core unit ended up recording the bulk of the album at Madison Studios in Atlanta, GA. In addition to offering a great vibe and the ability for the full ensemble to record and interact simultaneously, the studio features features the world famous Southern Tracks SSL mixing board. The board was originally used for two decades at Southern Tracks studios where producer Brendan O’Brien recorded Bruce Springsteen, Stone Temple Pilots, Pearl Jam, and Black Crowes, to name a few.

One signature component of the Papa J Sez sound is the evocative pedal steel guitar of Dante Harmon. Dante grew up playing steel guitar in The House Of God church and was a heavy early influence on legendary steel guitarist, Robert Randolph. Dante was inducted into the Sacred Steel Hall Of Fame in 2018.

Joey crafts a unique mélange of roots and contemporary music comprised of blues, gospel, jazz and funk influences with infectious pop sensibilities; it sure is intoxicating. Combining that with his humor, warmth and superb showmanship, he drives crowds crazy, creating a flourishing, almost cult-like following.