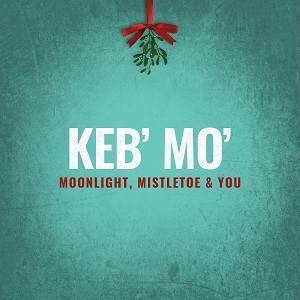 AllMusic raves, Moonlight, Mistletoe & You “winds up as a cozy listen, all due to Keb’ Mo’s emphasis on sweetness and good humor. The entire album is a celebration.” Since becoming available via Concord Records on Oct. 18, the new release has received recognition from critics and fans alike and can be heard here: https://found.ee/KebMo_MMY

Taking over a decade to compile, the 10-track album was produced by Keb’ himself and recorded by Zach Allen at Stu Stu Studio in Franklin, TN. The seasoned musician offers up a melting pot of holiday tunes with six newly penned songs and four covers that seamlessly marry holiday standards with tongue-in-cheek humor and orchestral ballads.

Oklahoma continues its run on the Billboard Blues Chart, and in its 19  consecutive week of appearing on the chart, the release is positioned at #12. Keb’ will embark on the