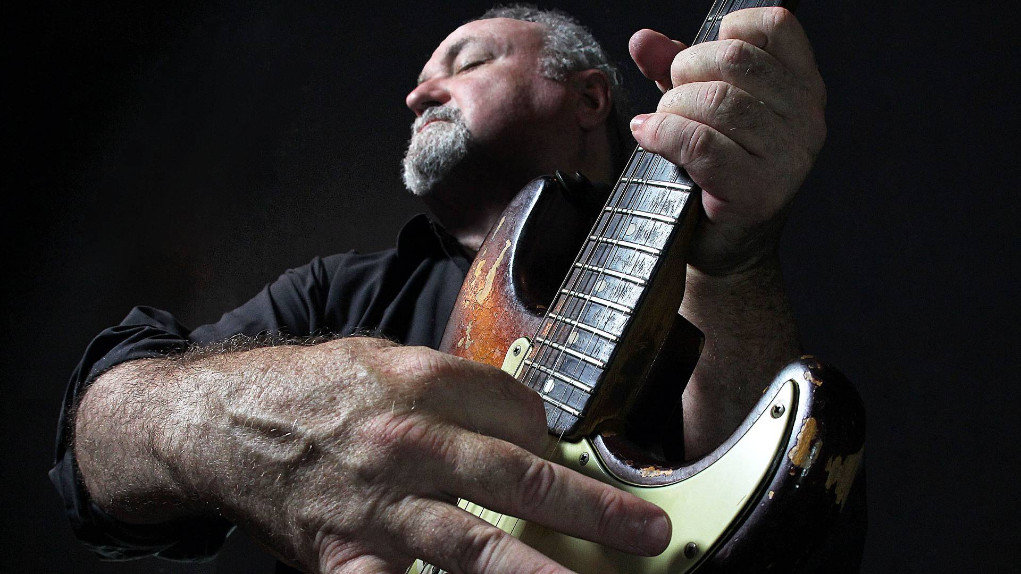 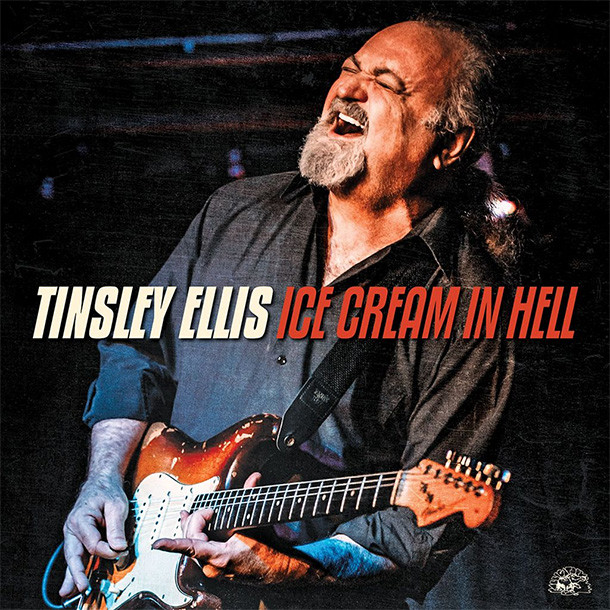 Filled with blazing, every-note-matters guitar playing over the course of 11 instantly memorable original songs, Ice Cream In Hell is, according to Ellis, the most raw-sounding, guitar-drenched album of his career. Throughout the album, Ellis’ deeply emotional, lyrical guitar solos perfectly match his fervent vocals.

Recorded in Nashville and produced by Ellis and his longtime co-producer Kevin McKendree (John Hiatt, Delbert McClinton), Ice Cream In Hell is a cathartic blast of blues-rock power. Though inspired by all three Kings (B.B., Albert and Freddie), as well by Carlos Santana, Hound Dog Taylor and others, Ice Cream In Hell is pure, unadulterated Tinsley Ellis. The songs range from the nod to Stax-era Albert King, “Last One To Know,” to the Peter Green-flavored “Everything And Everyone,” to the Hound Dog Taylor-esqe romp “Sit Tight Mama,” before ending with the hair-raising, slow-burning ballad “Your Love’s Like Heroin.”

Ever since he first hit the road 40 years ago, Ellis has traveled enough miles, he says, “to get to the moon and back six times.” He’s released 17 previous solo albums, and has earned his place at the top of the blues-rock world one performance at a time. His imaginative songs tell stories of common, shared experiences in uncommon ways, all fueled by his high-octane, infectious, hard-rocking guitar playing. Live, Ellis has captivated and amazed fans in all 50 United States, as well as in Canada, throughout Europe, Australia and South America.

Born in Atlanta in 1957, Ellis was raised in southern Florida. He acquired his first guitar at age seven, soon after seeing The Beatles perform on the Ed Sullivan Show. He took to it instantly, developing and sharpening his skills as he grew up. Ellis discovered the blues through the back door of British Invasion bands like The Yardbirds, The Animals, Cream and The Rolling Stones as well as Southern rockers like The Allman Brothers.

On the advice of a friend’s older brother in 1974, Tinsley and his pals went to see B.B. King live, sitting transfixed in the front row. When B.B. broke a string on his guitar Lucille, he changed it without missing a beat, and handed the broken string to Ellis. After the show, B.B. came out and talked with fans, mesmerizing Tinsley with his warmth and kindness. Tinsley’s fate was sealed; he had to become a blues guitarist. And to this day, he still has the string.

Now, with Ice Cream In Hell, Tinsley Ellis will again hit the highway, bringing his roof-raising, road-tested music to fans wherever they may be. “A musician never got famous staying home,” says Ellis, who continues to perform over 150 nights a year. “I’ve seen it all,” the Atlanta native says of his four decades on the road. “And a lot of my audience has been along for the entire time. It’s not always easy. But the payoff is the music. That’s the ice cream.”